skip to main content
Return to Fordham University
You are at:Home»For the Press»Public health expert: police violence should be studied as its own unique public health issue

A new article by Jordan Devylder, Ph.D., associate professor at Fordham’s Graduate School of Social Service, asserts that police violence takes a toll on people’s mental well-being and proposes a new way to study the relationship between police violence and mental health.

Published on Sept. 17 in the American Journal of Public Health (AJPH) with co-authors Lisa Fedina, Ph.D., and Bruce Link, Ph.D., the study, “Impact of Police Violence on Mental Health: A Theoretical Framework” is the first such article exploring why police violence differs from other types of violence in terms of its impact on health and mental health, Devylder said. 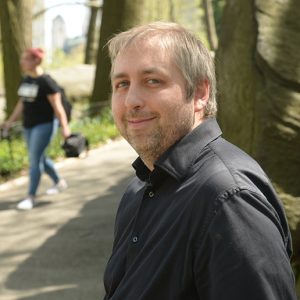 “Both direct and vicarious exposure to police violence may be more impactful than other forms of violence and should be studied as its own unique exposure and public health issue,” he said.
“This article identifies eight factors that may affect the relationship between police violence and mental health, including those that increase the likelihood of overall exposure, increase the psychological impact of police violence, and impede the possibility of coping or recovery from such exposures.”

Read the article in AJPH here.

And, here, listen to Devylder discuss how psychological distress can linger after an encounter via The Academic Minute.