skip to main content
Return to Fordham University
You are at:Home»Education and Social Services»Professor Faults Common Core as Far Too Narrow 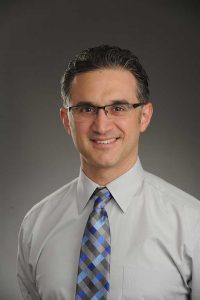 Nicholas Tampio, Ph.D., an associate professor of political science, is  currently writing a book on democracy and national education standards. Education is more than just a research interest though; as the father of children in elementary school, Tampio gets to see up close the changing face of American education. In a recent OpEd in the Journal News, “Corporate Science Standards Not Best for Schools,” Tampio expressed deep skepticism of New York State’s newly approved P-12 Science Learning Standards, noting that they’re similar to Common Core standards.

To understand why that similarity is bad, we chatted with Tampio about what Common Core gets wrong, and sometimes right, in the classroom.

Patrick Verel: How would you describe Common Core for the folks who aren’t already familiar with it and why is it, in your view, bad for education?

Nicholas Tampio: So the Common Core dates standards in math and English language arts. Say that by the end of third grade students should be able to do this when they write or read, or they should be able to do this when they do arithmetic. But, what that means in practice is that schools are cutting out all sorts of things that aren’t math or English so my child is barely going on field trips. He hasn’t had any hands on science or very little. He’s not learning about American History. And so I would say one of the reasons that a lot of parents and educators are very upset about the common core is that it narrows the curriculum in a way that parents or private school would never accept.

Patrick Verel: If New York schools continue to embrace Common Core standards it stands to reason that in time students who have been raised on them will eventually show up in your classroom at Fordham. What challenges do you foresee that presenting?

Nicholas Tampio: The math standards, the way that they progress it becomes very hard for children to major in calculus in high school. If students don’t take calculus in high school it’s going to be very hard from them to major in a science, technology, engineering or mathematics discipline when they get to college. Regarding the English standards, one of the practices of the Common Core is to give students short informational text and have them answer questions about that informational text, and so the Common Core provides students very little opportunity to do self directed, self initiated research projects.

My students have all come up under no student left behind and now they’re starting to come through with the Common Core. When I assigned them a 10 page research at the beginning of the school year as freshmen, they have never written anything that long before. They look at me in shock.

Patrick Verel: Are there any aspects of Common Core that you actually like?

Nicholas Tampio: There are a lot of good aspects to the Common Core that are sort of contaminated because they’re baked together with the bad aspects. So, for example one of the anchor standards, and these are the basic parts of the English language arts standards is that students should be able to determine or clarify the meaning of unknown in multiple meaning words and phrases by using context clues. That’s a good skill. The bad part is, is that students are not allowed to write bringing in outside material to explain what words mean, right? They have to interpret the Gettysburg Address without talking about the Civil War, and so I think that’s where the problem results and the Common Core does not prepare students to recognize fake news.

When they go through their K through 12 education they have to do close reading of text and they aren’t allowed to criticize the text or say that the text are providing false information so there is this concern that it is not training readers to be careful about sources.

I became interested in this topic because I have young children and I am watching what the Common Core and the next generation science standards are doing and can do to their education. I am talking with parents all around the country who see similar things and part of what we’re trying to do is alert people that listen, don’t just go to the Common Core webpage. Don’t just go to the next generation science standards webpage to figure out what it is, talk to people in the classroom who sees what it means in practice and then maybe we should all rethink whether it’s a good investment of time and money.