skip to main content
Return to Fordham University
You are at:Home»Education and Social Services»Lesley A. Massiah-Arthur Honored for Outstanding Public Service

Lesley A. Massiah-Arthur, associate vice president of government relations and urban affairs, was honored March 31 at the “Above and Beyond” gala held by the magazine City & State New York. For the past five years the magazine has recognized 25 of New York’s most accomplished women in government, nonprofit, business, labor, and media.

In addition to being honored for outstanding public service, Massiah-Arthur said she was also receiving the event’s most distinguished accolade, the Above & Beyond Chairperson’s Award. 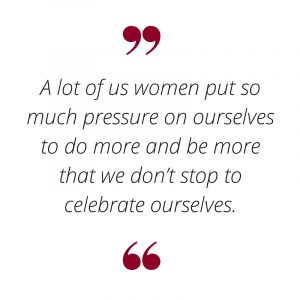 “All of our awardees are accomplished women who have made tremendous contributions to their sectors,” said City & State CEO Tom Allon. “Lesley’s dedication to improving educational opportunities for New York students and encouraging civic participation through both her professional and volunteer work really set her apart.”

When Massiah-Arthur initially found out that she was going to be honored, she said her first reaction was shock. She then went online to read about her fellow honorees. She said that being in the company of such “powerful women” made her reflect and appreciate the moment.

“Tonight’s a night to take a step back from climbing the mountain,” she said. “A lot of us women put so much pressure on ourselves to do more and be more that we don’t stop to celebrate ourselves—and that’s to our own detriment.”

Massiah-Arthur said working at Fordham University has made her very aware of the importance making successful women visible.

“You realize that these young women are looking up at you,” she said.

Nowadays Massiah-Arthur said the most important person looking at her is her 20-month-old daughter. She said that is her biggest accomplishment.

“Sometimes, I literally have to stop and say, ‘Wait a minute, I brought a human being into the world. Give yourself a break.’”

She said that she is very appreciative of having a career that allows her to afford day care. As the Chairman’s Award comes with a $2,500 donation that goes to a charity of the awardee’s choice, Massiah-Arthur said she will donate the money to the Lincoln Square Neighborhood Center in Fordham’s name. The center offers childcare for low-income families.