skip to main content
Return to Fordham University
You are at:Home»Education and Social Services»GSE Poet Interviewed on Cable Arts Show

Donna Marie Reale has a lot of irons in the fire. The master’s degree candidate in Fordham’s Graduate School of Education is a teacher, a former businesswoman, a longtime Minister of the Word at St. Bartholomew Roman Catholic Church in Elmhurst, N.Y., and a poet. Tonight she’ll be a television star. 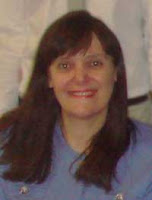 Reale will be interviewed by Tammy Nuzzo-Morgan, poet laureate of Suffolk County, on tonight’s TNSPS’s Arts Forum, on Cablevision’s Channel 20, at 5 p.m. Reale will read from and discuss her poetry on the show, broadcast live from Riverhead, N.Y.

An instructor at Kingsborough Community College, Reale teaches English as a Second Language to adult immigrant students, and is enrolled in The Graduate School of Education’s master of science program in Teaching English as a Second Language (TESOL), where she is a member of Phi Kappa Phi. She has a strong interest in linguistics and in preserving languages which are in danger of extinction, and is a member of Arba Sicula (“Sicilian Dawn”) which seeks to preserve the language and culture of Sicily.

Reale has been writing poetry since she was a child, and began reading her work aloud several years ago at the Italian American Poets and Writers Piazza, an annual event at Hofstra University. Much of her work is Christian spiritual in nature.

“We cannot deny the presence and interaction of the Divine in our daily lives and need to share that with others,” she says.

Her poems “The Camper” and “The Message” have been published in The Gospel magazine as well as on the website of Hudson Valley Catholics. Reale has a bachelor of science degree in marketing from St. John’s University.