skip to main content
Return to Fordham University
You are at:Home»Education and Social Services»Debra McPhee Begins Her Tenure as New Dean of GSS

Fordham’s Graduate School of Social Service (GSS) has a new dean. Debra M. McPhee, Ph.D., was appointed to the position in the spring and began in her new post this fall. 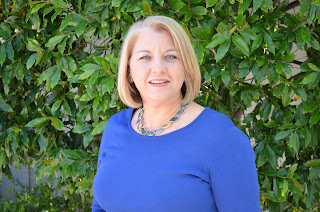 “It’s a privilege to join the school’s outstanding faculty, staff, and students in creating the next phase of our history,” said McPhee, who recently welcomed the incoming class of 579 students studying at GSS to earn a master’s degree in social work. “I’m excited to be an active member of a school and a university that cares so much about its students and making a real and positive difference in the world.”

From 2005 to 2010, McPhee was dean of the School of Social Work at Barry University in Miami Shores, Fla., where she had also served as associate dean and a faculty member. For the last two years she was the chief operating officer for the Palo Alto, Calif.-based Planet Hope – Liiv.com, a firm that specializes in online health education and technology.

An award-winning educator, McPhee has taught a variety of courses, from introductory social work practice to graduate courses on policy issues in family and children’s services. Her primary areas of research, in which she has published widely, include international healthcare policy, child abuse and neglect, women and welfare reform, public policy analysis, and professional practice and service delivery.

“In the New York region and across the country there’s a greater need than ever for professional social workers who are prepared for leadership and professional practice,” she said, adding that she shares GSS’s “deep commitment to human rights and social justice and to educating highly skilled and competent professionals to work on behalf of our most vulnerable populations.”

The first GSS class McPhee will preside over as dean is quite diverse. More than 40 percent of students are non-white; 40 students are originally from other countries, including two international students who came to the school from China and one who came from Ghana.

McPhee replaced Peter Vaughan, Ph.D., who retired in the spring after 13 years as GSS dean.