skip to main content
Return to Fordham University
You are at:Home»Editor's Picks»CSTEP and STEP: A Constant Support in Uncertain Times
Fordham students wearing CSTEP-themed masks. Photos from the Instagram account @fordham_cstep
While schools across the country have struggled to keep students engaged during the pandemic, Fordham’s College Science and Technology Entry Program (CSTEP) and Science and Technology Entry Program (STEP) have stepped up to the challenge.

CSTEP is a statewide program that prepares minority and economically disadvantaged undergraduates for professions in areas where they are underrepresented, including STEM, health, and other licensed fields. The STEP program, similar in design, focuses on junior high and high school students. Both programs at Fordham provide academic support and counseling, internships, scholarships, and research opportunities throughout the academic year and summer. Together, the Fordham CSTEP and STEP programs serve roughly 800 Fordham undergraduates and local high school students.

Over the past nine months, CSTEP/STEP have remained a constant in the lives of students dealing with the tricky transition to remote learning, technology glitches, and a loss of normalcy. Through reimagined ways of learning—from a virtual student lounge where students have bonded over popular games like Kahoot! and Among Us, to shorter meeting times designed to decrease screen fatigue—their programs have continued to serve students. They’ve also recently expanded their reach with new partnerships in local schools. Their events haven’t been canceled, either. This December, around 30 Fordham CSTEP alumni spoke with STEP students about their careers on a virtual panel; next January, the CSTEP program will launch its third mentoring program that pairs alumni with current students who share similar career goals.

“Our meeting space has changed, but what really has stayed the same is our impact,” said Renaldo D. Alba, associate director of the CSTEP and STEP programs and a 2002 graduate from Fordham College at Rose Hill and its CSTEP program. “That’s something that we’re really proud of.”

The two programs have also addressed traumatic national events with special activities for students in the wake of George Floyd’s murder this past spring.

“The issues that were raised by George Floyd’s murder and the Black Lives Matter movement that followed it are issues that our students and my staff have personal experience with. We’ve been subjected to it or we’ve had family and friends who have,” said Michael A. Molina, director of the CSTEP and STEP programs. “We were sensitive to these issues, and we knew that we wanted to do something.”

This past July, Mark L. Chapman, Ph.D., associate professor of African and African American Studies, spoke with STEP students about the similarities between the civil rights movement of the 1950s and 1960s and today’s world. Ashlee W. Davis, Ph.D., a supervising psychologist and coordinator for diversity, inclusion, and social justice initiatives at the Rose Hill campus, also helped students understand racial trauma, find words for their emotions, and identify strategies for self-care.

“We want our students to understand that you should always have strong feelings about these things that happen in life: the pandemic, George Floyd, and the Black Lives Matter movement. You should feel whatever you feel. But you should also have facts and some balance when you’re looking at what’s going on,” Molina said.

Staying ‘INSTEP’ with High School Students in the Bronx

Through virtual learning, CSTEP counselors and students have also continued to extend their pre-pandemic “INSTEP” college access initiatives to outside schools and community-based organizations, including KAPPA International School, a public school located a few blocks south of the Rose Hill campus.

“How do you select a college or university? Should you go away? Should you stay in New York City? Should you apply to a CUNY or a SUNY or an independent school? What does living on campus look like? These are the kinds of discussions that our college students, the CSTEP students, do in small groups with the INSTEP high school kids,” Molina explained.

Over the past two years, KAPPA students have visited the Rose Hill campus and learned about the transition from high school to college—the thing they struggle with the most—from Fordham CSTEP students who can empathize with them, said their assistant principal, Casey Smith.

“It really hits home,” Smith said. “The kids really find it beneficial to work with college students and to have what feels like a mentor to walk them through the process.”

“I’ve learned signing up for FAFSA and TAP as soon as possible will help you go to college with barely any debt,” Amado Reynoso, one of the 26 KAPPA students who participated in the INSTEP program this fall, wrote in an email. “My favorite part of the program is when we did fun activities like college-themed Family Feud. It taught us more about college and stuff and financial aid, and [the Fordham counselors and students]kept it fun while doing so.”

“The college process is stressful, especially if you don’t have any family members that have gone to college. It was just me, alone. I had to do the CUNY application, the FAFSA, all of that, the TAP application, by myself, but with a little bit of help,” said Torres, a high school senior from the Bronx and a Fordham STEP student.

Among the CSTEP students co-leading the sessions was Anita Adu Manu, a junior at Fordham College at Rose Hill. Manu said they also discussed how to manage being a person of color in a predominantly white institution.

“These are kids who want to go abroad, in a way—outside of the city. We had to talk about that and how to find your own community,” Manu said. “We definitely used CSTEP as an example of one of these communities that other schools might have.”

‘Hey, I’ve Been In Your Shoes’

Manu said she found her own home through CSTEP. Before she became a program scholar in her sophomore year, she tagged along with her CSTEP friends to their program-sponsored biology and chemistry review sessions. She said she was also welcomed to a CSTEP potluck in her first year, even though she wasn’t officially part of the program.

“I was able to build a community that I didn’t know I needed,” said Manu, a pre-med biology major from Van Cortlandt Village in the Bronx. “All the people I met freshman year at CSTEP are basically all my friends now.”

She said her CSTEP counselors also helped her believe in herself.

“There were a lot of things I didn’t know about the pre-med track, but all the counselors steered me in the right direction. And when I felt like I wanted to switch my major because I just wasn’t good enough, they reassured me. They were like, hey, I’ve been in your shoes,” Manu said, adding that many counselors are Fordham alumni, including Anya Patterson, FCRH ’19, a past Coro Fellow.

Manu said she’s now considering becoming a sports cardiologist who travels with a soccer or football team. But at first, she wasn’t sure it was possible.

“I felt like I was lagging behind. But when I would sneak into the review sessions,” Manu said with a laugh, “I had a boost of confidence. The professors were there. My peers were there. We were all collaborating. It made me feel like, OK, yeah. I think I can do this.”

“What the University has done over these past 34 years with the Rose Hill STEP program and for the past 10, 11 years with the STEP program—if you look at those numbers, you probably have somewhere between 8 and 10 thousand students over the life of these programs that have been positively impacted and who have been introduced to the possibilities of going to college and pursuing a career in a STEM, health, or licensed field,” Molina said.

“These are folks that are doctors, physicians, Ph.D.s, accountants, lawyers, scientists, social workers, teachers,” said Alba, adding that many of them are originally from the Bronx. “And they proudly carry the STEP flag wherever they go.”

Molina said the most rewarding part about their work is seeing their students as young as 11 realize their options in life and become adults. “You see these kids come in. They’re looking around like tourists … They’re wide-eyed with a lot of ideas and ambition and they’re highly motivated,” said Molina, a graduate from a similar program, the Higher Education Opportunity Program (HEOP). “It’s really a joy to see them grow, develop, and become these really accomplished young people by the time they leave us.” 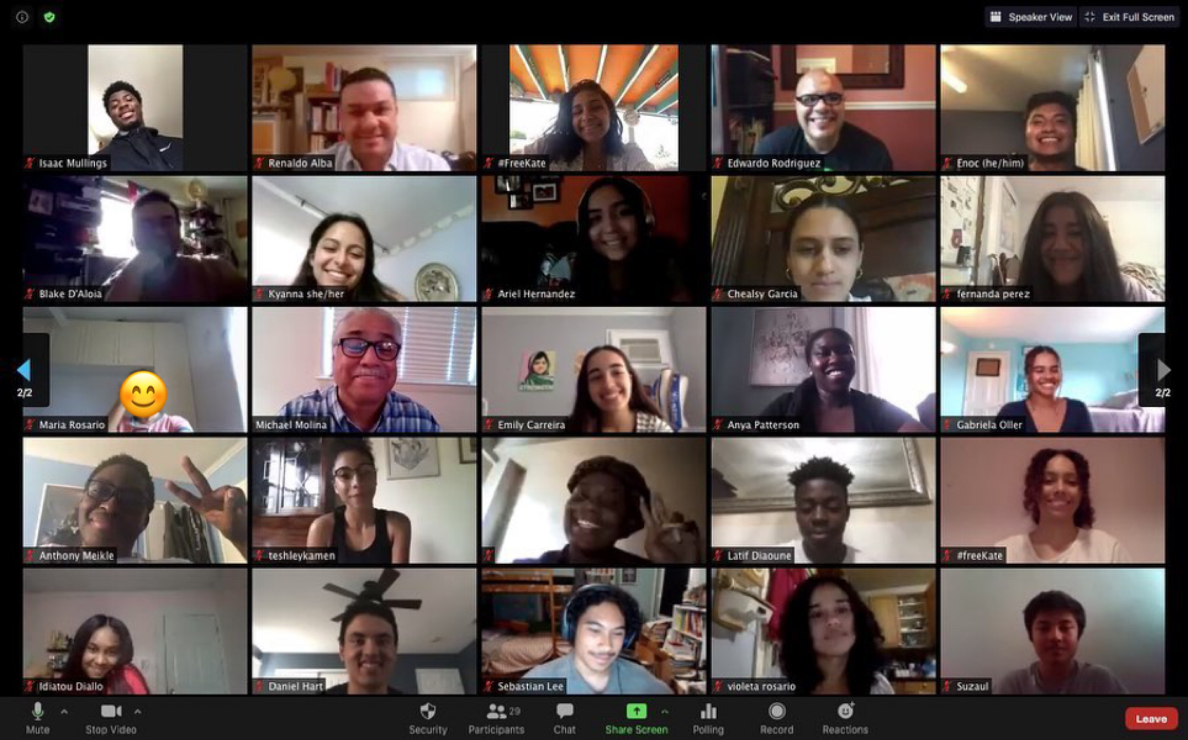