skip to main content
Return to Fordham University
You are at:Home»Editor's Picks»2016: Which Way Are We Headed?

(Fordham faculty, students, and administrators look ahead to 2016 and share their thoughts on where the new year might take us in their areas of expertise and concern.) 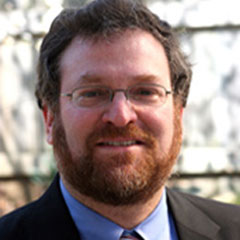 The shooting in San Bernardino will not change the larger dynamic at work in the contentious debate over the role of guns in American society. The gun rights position and the gun violence reduction policy agenda are each a product of a complex amalgam of  interests and ideologies.  Each must work in the increasingly dysfunctional world of American politics,  a reality in which the wealthier, more entrenched interest tends to win: in this case guns. We are unlikely to see major changes at the national level and will continue to see the nation drift in opposite directions at the state level—“Red America” will likely continue to expand the right to carry in public and “Blue America” will pass some more regulations consistent with the way the courts have construed the meaning of the right to bear arms in recent years.

– Saul Cornell, PhD, Paul and Diane Gunther Chair in History and author, A Well-Regulated Militia: the Founding Fathers and the Origins of Gun Control in America. 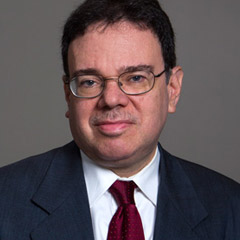 After a period of spectacular growth in an unregulated market, both FanDuel and DraftKings will have a rocky 2016. The New York State Office of the Attorney General will likely prevail in its quest to shut down these sites in New York (which had the largest number of players of any state), but only after months of litigation and appeals. However, it is likely these daily fantasy sports sites will continue to operate in other states, although in a more regulated fashion. The ultimate solution would be to legalize sports betting in some fashion, which would eliminate the need to debate whether daily fantasy sports constitutes gambling or not. I don’t see that happening next year, but [perhaps]in the next five years.

– Mark Conrad, Area Chair and Associate Professor of Law and Ethics, Gabelli School of Business and director of its sports business concentration 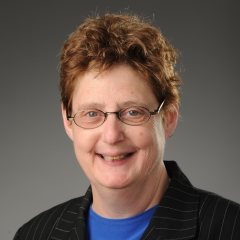 This coming year, New York State and the federal government will be challenged with following suit on their commitment to prison reform and improving community reintegration for incarcerated people of all ages. Ending solitary confinement, a form of inhumane punishment, will continue to gain state and national support. The shift from punishment to rehabilitation will open the door for trauma-informed care, [and]concerted efforts of local and national advocacy groups will increase public awareness of the consequences of mass incarceration, resulting in an increase of public support for humanistic prison reform and more community reintegration. In our own backyard, Fordham’s Be the Evidence project is collaborating with the New York State Department of Corrections to establish a statewide initiative for a discharge planning unit for the most vulnerable of prison populations—the aging and seriously ill. Perhaps most importantly, Sesame Street will continue to enlighten people about the experiences of young children who have an incarcerated parent. It may be the puppets (as opposed to the politicians) that will release us from the invisible prisons that separate each of us from one another’s common humanity.

– Tina Maschi, PhD, associate professor at the Graduate School of Social Service and president of Be the Evidence International 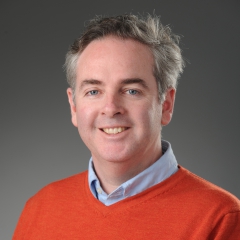 In 2005, Madame Sadako Ogata, then the United Nations High Commissioner for Refugees, said of the Balkan crisis, “There are no humanitarian solutions to humanitarian problems,” stating that only political action can bring about real change. That statement is still true 10 years later. In 2016, due to political inaction, the current Middle East migration crises will worsen, and increased human displacement and suffering will continue. Perhaps, even worse, the humanitarian community will continue to lack critical and needed financial support and qualified personnel. Other countries in the region, especially Jordan, Palestine, and Lebanon, will therefore see an increase in unrest, adding to the overall migration numbers. 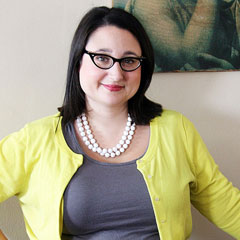 Uterus transplant clinical trials are currently—and will continue to be—a major news story in 2016. At this stage, a study in Sweden involving nine women who received uteruses from living donors resulted in five pregnancies and four live births in 2015. Two other clinical trials are set to begin next year: one in the United Kingdom, and one at the Cleveland Clinic in the United States.  A significant ethical issue with the Swedish trial was the fact that the living donors had to undergo major surgery with potential complications for something that had no direct physical benefit for them. But the new trials will differ from the one that took place in Sweden, because each uterus will come from a deceased donor, eliminating potential harm to a living donor. However, many questions remain unanswered, including whether uteruses transplanted from deceased donors will result in pregnancies, and whether women will view posthumous [womb]donation differently than donating other organs currently used in transplants, such as kidneys and hearts, because of its unique role as the organ responsible for gestation. 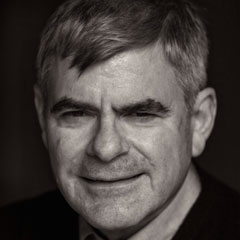 When the Fed set its monetary policy in December 2015, they were making policy [strictly]on the basis of the U.S. economy, but at the same time it affects the entire world. The new interest rate hike clearly appreciates the dollar, and the real question for the emerging market countries is, if something looks risky to an investor in another country, why keep your money there when you can get guaranteed dollar-denominated deposits? Even at .25 percent, when multiplied by hundreds of billions of dollars, that is real money. So investment is flowing back to the United States. Given that people will be less willing to invest in emerging markets—China, Brazil, Argentina, and the Middle East—their currencies will depreciate. If there are slowdowns in some of these nations, their domestic debt crises could compound quickly.

Climate Change and the Marginalized 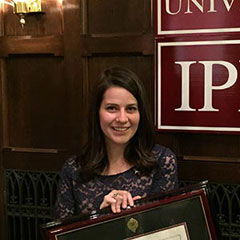 The coming year looks hopeful for the environment. The agreement reached at COP21 finally replaces the question of climate change with a dialogue about combatting it. While international agreements do not solve local problems, they can create a more supportive climate for local communities trying to address them. In Paris, I saw attention shifting to the role of indigenous peoples and a renewed appreciation for the traditional knowledge of local communities. These inevitably slow-but-vital shifts in global perspective bring to light the marginalized person whom development efforts should ultimately target. These people offer us ideas on how to achieve economic growth without harming the environment. Scaling their daily work to reach the goals set by world leaders is key to sustainable development. 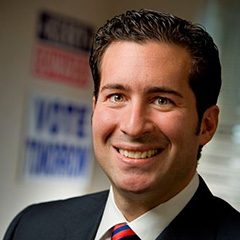 Elections are ultimately determined, in part, by which voters show up. The 2016 election’s likely turnout of 60 percent, while lower than many would like, will exceed the turnout in 2014 by about 20 percentage points. Higher turnout generally favors Democrats, because many voters who abstain in midterms and other low-salience elections are young or new voters and minorities. Still, many things are up in the air: For example, if Donald Trump fails to get the GOP nomination, do his supporters sit out the election or does he mount a third-party candidacy that appeals to them? Turnout—along with outcomes generally—is also driven by fundamentals like perceptions of economic performance and the incumbent party. Seeking your party’s third term in the White House seems to carry a general-election penalty of 4 or 5 percentage points, so the Democratic nominee will have to work hard to mitigate that effect. 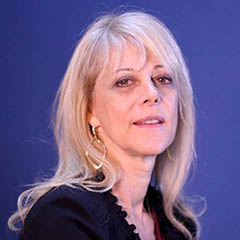 ISIS has defined itself as “ISIS against the world.” That offers the US and other nations a unifying focal point. I think the strategy we have now will continue to grow, which is to engage with more Muslim heads of state and  leaders from various countries to mount a united front. It’ll be interesting to see how Iran fits into that conversation and what happens with the U.S./Saudi alliance, but I don’t think it will change U.S./Russian relations very much. Domestically, ISIS has provided a unifying focal point as well. It’s been very reassuring to see strong pushback against Trump’s anti-Muslim comments. Individuals from across the political spectrum have declared that his proposal to ban Muslims from entering the country violates the most fundamental constitutional guarantees.

– Karen Greenberg, PhD, is the director of the Center on National Security