skip to main content
Return to Fordham University
You are at:Home»Commencement»Commencement 2022»Chehak Gogia, LAW ’22: A First-Generation Student and Litigator
Photos courtesy of Gogia
Chehak Gogia felt imposter syndrome in her first days as a law student. No one else in her family had graduated from college in the U.S., and many of her classmates were born with advantages that she never had. But she said that over the past three years, she has realized who she is and what she wants to do.

“I remember sitting with some really amazing, bright people, listening to their questions and hypotheticals. They seemed to have such a grasp on knowledge that I didn’t have, and many of them had previous work experience or parents who were lawyers. I didn’t know how I had snuck in. But what’s helped combat that feeling is working really hard and taking classes that I enjoy,” said Gogia, who will earn her Juris Doctor degree from Fordham’s School of Law this spring and start working as a litigation and government enforcement associate at multinational law firm Baker McKenzie this fall. “I’ve stayed true to myself and forged my own path.”

Gogia was born in Hoboken, New Jersey, to Indian immigrants who moved to the U.S. in 1995.

“My first name means ‘the chirping of the birds in the early morning,’ but my mom says it also translates to ‘talkative.’ She always jokes that she should’ve named me the Hindi word for ‘calm,’ and that would get me to stop talking,” Gogia said, chuckling.

When her parents became naturalized citizens, she believed that the best way to pay it forward to the U.S. was to become its next president.

In second grade, every president she learned about was a lawyer, she said, so she thought she needed to become a lawyer before reaching the White House. But even after she realized the truth, she continued to pursue the same goal.

In high school and college, she served as an intern for several politicians, including as a foreign policy and defense intern for U.S. Senator Dick Durbin in Washington, D.C., where she said she helped to successfully advocate for the release of a political prisoner in Algeria.

“I’ve always loved being able to break down an argument and convince someone to see my side of things,” Gogia said. 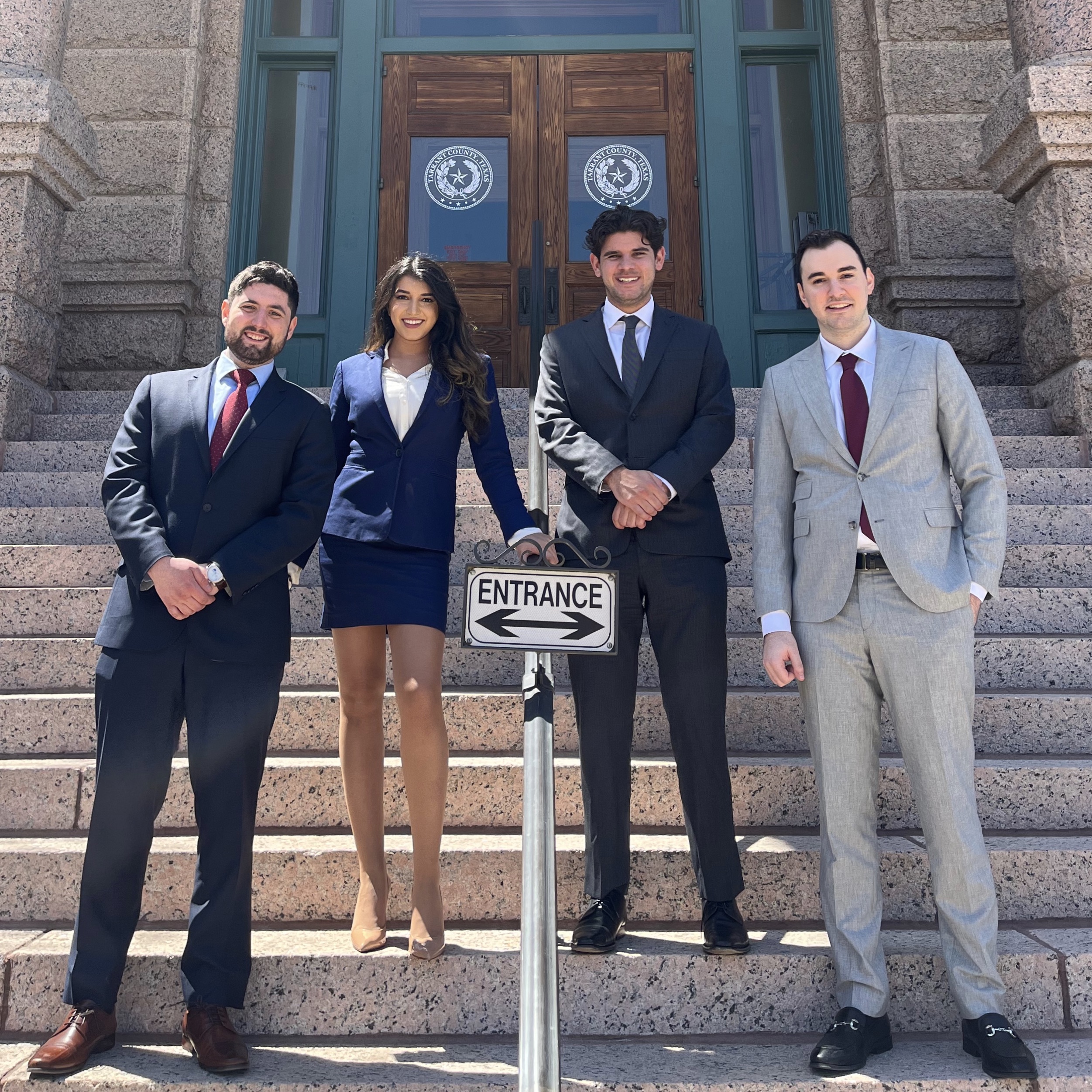 In 2019, she earned a bachelor’s degree in global liberal studies from New York University, where she also served as captain of the mock trial team. Then she went straight to law school at Fordham.

One of her most influential law school experiences was the Brendan Moore Trial Advocacy Center—a Fordham team that competes in mock trials with law schools across the country—where she said she placed in seven out of eight competitions and will be competing in a ninth this summer. She said her competition experience has helped her learn how to quickly adapt to situations in the courtroom. In addition, her semester-long experience at the law school’s Federal Litigation Clinic showed her how to advocate for real clients under the guidance of professors.

“It’s interesting to be able to work on all sides of the legal argument and to be responsible for the legal advocacy for real people who need our help,” said Gogia, who helped to write briefs that were submitted to courts.

Gogia said she will use these skills in her job at law firm Baker McKenzie, where she will help companies to work through investigations and settle disputes.

“My clinical experience has given me a lot of insight into what litigation will look like when I start working this fall,” she said.

A Fierce and Confident Litigator

Gogia is fierce, determined, and quick on her feet in the courtroom, said her mentor Brittany Russell, FCRH ’11, LAW ’13, a trial attorney at Weitz & Luxenberg who coached Gogia at the Brendan Moore Trial Advocacy Center last year. Russell recalled a competition where Gogia found her way out of a tough situation. 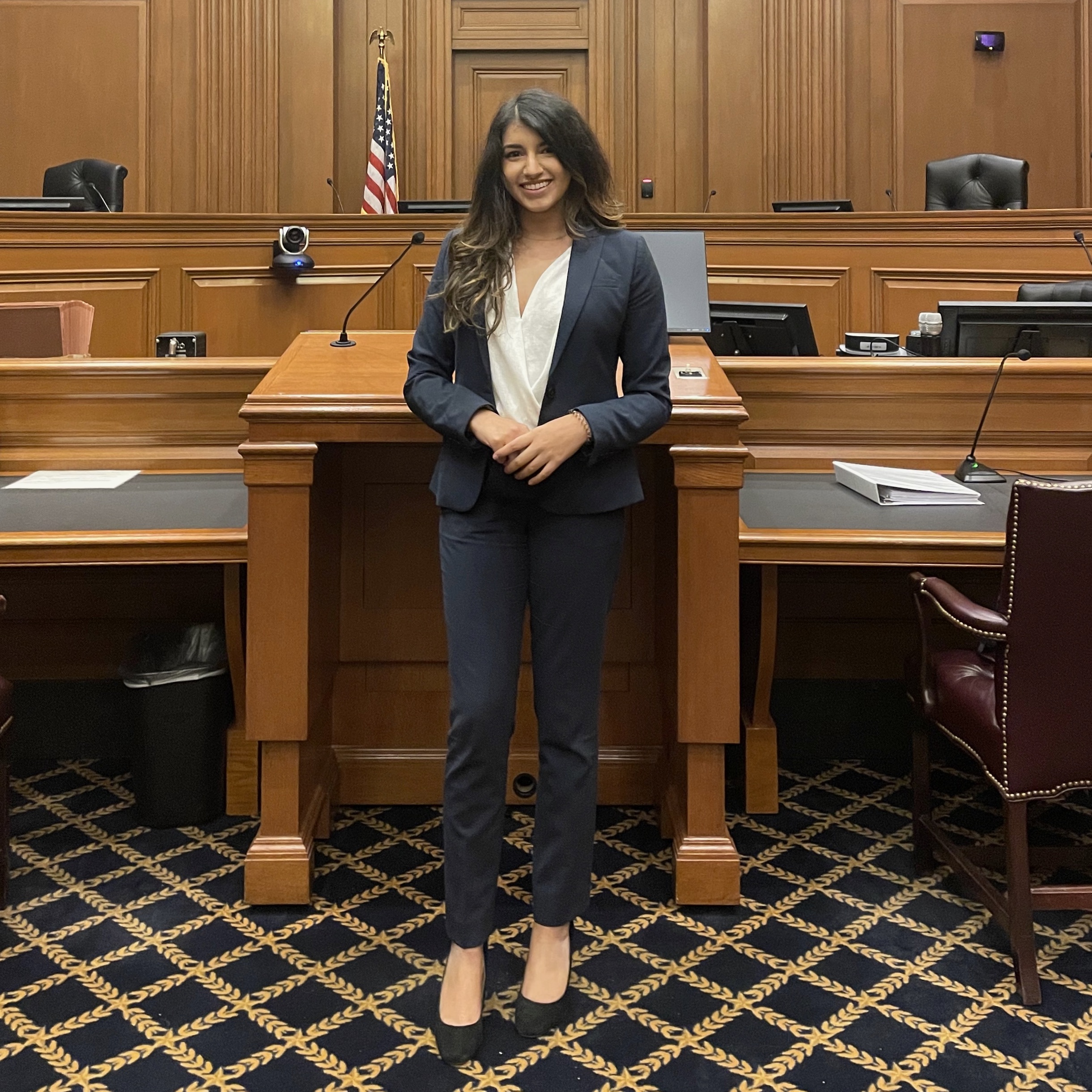 “There were a series of facts that were inadmissible. But Chehak is a very good listener. She heard the other side’s witness say something that opened the door to those facts, and then she made an extremely sophisticated and creative argument—and she executed it beautifully, convincing the judge to agree with her,” Russell said.

Gogia’s confidence in the courtroom often gets the attention of other lawyers, Russell said.

“When you put yourself out there in a competition trial, you get feedback from other attorneys from all over the country. Those attorneys may have different conceptions of what a woman in a courtroom is supposed to sound like. But Chehak has weathered sexist comments and never let them bother her,” Russell said. “She never listened to them or concluded that she should change something about herself. She always carries on with who she is, and being the best and strongest advocate she can be.”