skip to main content
Return to Fordham University
You are at:Home»Arts and Culture»Owen Roche, FCLC ’21: Writer and Digital Artist With an Eye on the Bottom Line
Photo by Lisa Roche
Owen Roche was about 11 months nearing the end of his term as editor-in-chief of the Observer, the student newspaper of Fordham College at Lincoln Center (FCLC), when the pandemic turned everything upside down. He recalled getting the news that campus was closing on the first day of a two-day print production session.

“Once the order to go home came through, there was so much panic that we all needed to take a walk,” Roche said of the atmosphere in the newsroom.

Several members of the staff headed to Central Park to regroup. They decided that the edition set to go to press would move forward, albeit with a new headline: “New York State of Emergency.”

“We had to suspend production of print [after that], of course, but we kept the online edition running all through all of our remote classes and through this semester until just a few weeks ago when we put out our first print edition again,” Roche said of the late March issue.

Roche is graduating from FCLC with a degree in English and a minor in new media and digital design. He credited the Observer with giving him an outlook on communications that emphasizes linguistic and visual clarity, as well as pragmatism about the bottom line. The combination has prepared him well for a virtual internship he’ll have this summer in public affairs and web design at the Federal Reserve Bank of Chicago.

Reporting During the Pandemic

He also gleaned some valuable lessons from rolling with the punches and learning how to pivot. As the 2019-2020 school year concluded, Roche said, the staff decided to focus on student success stories as well as pandemic-related news.

“We were concerned that we had to balance to the story of our time, but make it matter for Fordham; everyone could scroll through Twitter and get their dose of daily doom for the day,” he said. “We started covering what students were doing on their own, new hobbies, and community-building initiatives that were born of necessity.”

During his editorial tenure, despite the lockdown, the paper won a first-place award from the American Scholastics Association Newspaper Awards.

Anthony Hazel, FCLC ’07, student advisor and former editor at the paper, credits Roche with inspiring the staff at a critical time.

“He was rallying everyone to continue to participate and publishing at a moment and time when the Observer was more than a club,” said Hazel. “It was something genuinely needed, for information on how students were affected, how the University was operating—and when no one knew what was coming next.” 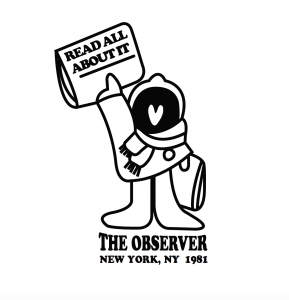 A Roche-designed logo ad for the Observer.

This school year, Roche stepped down as editor and moved into the more nuts-and-bolts role of business manager at the paper. There, he served in three capacities: club treasurer, advertising coordinator, and fundraising coordinator. He designed a new media kit for the paper and introduced its website to online advertising platforms (Google Adsense, Infolinks) for the first time. He also orchestrated a Giving Tuesday 2020 fundraiser and managed ad sales for the Observer 40th anniversary magazine.

Though he was steeped in copy as a newspaper editor, Roche also considers himself a visual media artist. As a digital native, he doesn’t make hard distinctions between the visual components of his work and the text.

“If you’re not doing both then you’re not telling the whole story, right?” he said.

Though his minor is called new media and digital design, Roche often reaches back to old-school analog for inspiration. He’s been studying the work of Keith Haring, often riffing on his work with doodles of his own. 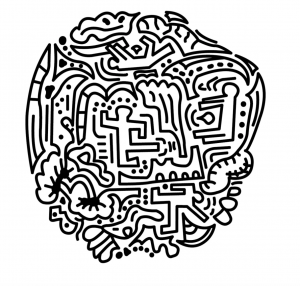 He said that it was easy to make the jump from his Haring doodles to clean corporate work. At a summer internship at Printfly graphic apparel company in Philadelphia, for example, clients supplied unfinished artwork for him to translate into crisp logos.

Roche holds to the dictum of many an English major that being a better reader makes him a better writer. He said his biggest challenge in class was getting through Moby Dick. He added that while he came to Fordham with a personal writing style, his coursework forced him to consider the substance of his writing.

“I’m a fan of em-dashes and paragraph breaks, and at the Observer you could write quick punchy text, but in the English department I’ve been forced to dwell profoundly on analysis,” he said. “You are required to understand what is being talked about in a text and you have to communicate that effectively, sometimes by using a particular literary theory.” 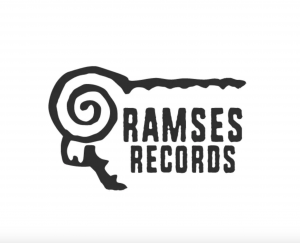 Missing His Home Away from Home

Though currently studying remotely from his childhood home in Doylestown, Pennsylvania, he said he misses his friends—and New York and the diversity of his FCLC classmates.

“It’s been tough to be away from that,” he said.

Though he will be doing his Chicago internship remotely, he said that he feels well-positioned to take a job anywhere when the pandemic is over.

“I really feel I can go anywhere and follow my passion,” he said. “It’s rough not to get to Chicago, but I’m hoping that this summer I can find out what it takes to be a writer who designs and a designer who writes.”

Below: In a stylistic departure from his corporate work, Roche combined his love of English with graphic art.  “I acquired a taste for vintage print media and an appreciation for old layouts,” he said. The “self-challenge” was to represent three Emily Dickinson poems in graphic format. The poems were Hope is the Thing With Feathers, My Life Had Stood — A Loaded Gun, and I Many Times Thought Peace Had Come. 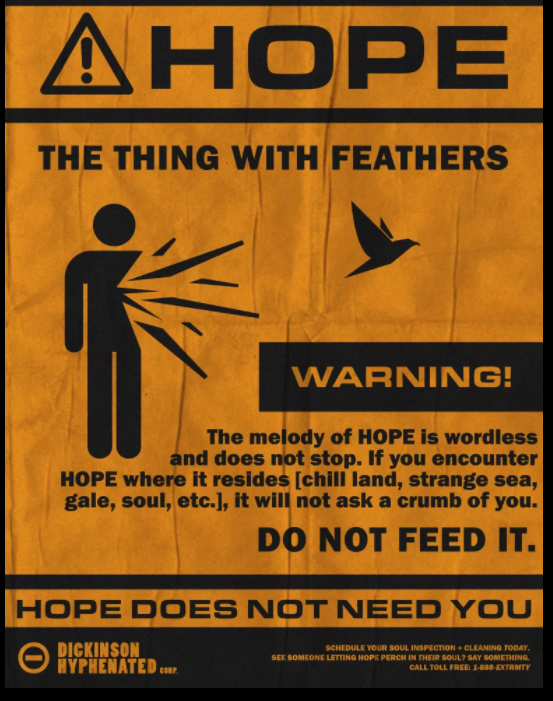 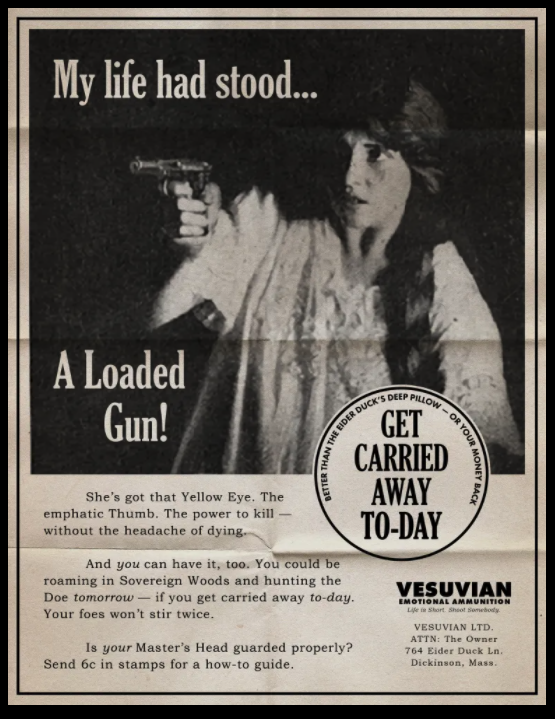 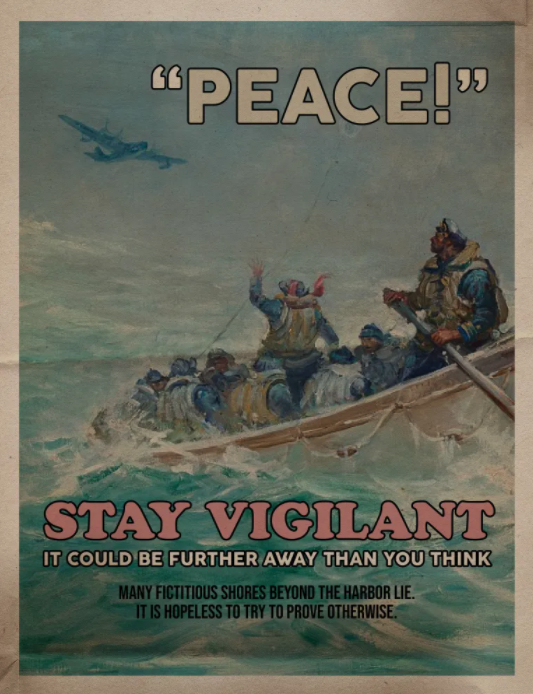