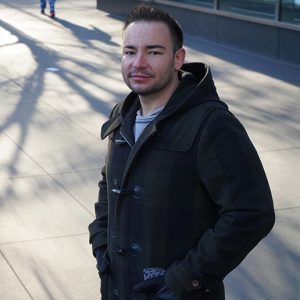 Phillip Gregor likes to travel and he likes to take pictures. The former is something he is familiar with from his time abroad as a heavy equipment operator in the Air Force; the latter he’s learned at the School of Professional and Continuing Studies (PCS), where he’s graduating with a major in New Media and Digital Design. At Fordham, he got to indulge both passions by joining the Study Abroad program in Rome and Tokyo.

“Art is something I have always had an interest in, but had neither the time nor resources to pursue,” he said. “The G.I. Bill afforded me both.”

Gregor served just over six years on active duty and was deployed to Iraq for six months, though his permanent station was at Seymour Johnson Air Force Base in Goldsboro, North Carolina. He also volunteered for a yearlong deployment to South Korea and was honorably discharged as a staff sergeant.

He said he was attracted to Fordham after seeing it listed as one of the top schools for veterans in the Military Times, an independent armed forces news source. This was important to him, since he had struggled with the admissions staff at another college he was considering.

“The counselor I had at another college didn’t have a grasp on how to work with veterans,” he said.

On arriving at Fordham, he was soon integrated into citywide programs for veterans. That connection provided networking opportunities and helped him begin to think about translating his military skills into civilian jobs.

He initially paired his art major with social work, but eventually decided that he wanted to stick with art and later pursue law. His photography work prepared him for the legal field, he noted, because it involved a lot of the same critical-thinking skills.

“Street photography for me requires a lot of observation, understanding, and anticipation of human behavior,” he said. “Improvisation and quick thinking are also necessary skills for good photography. All of those skills apply directly to the law and business worlds.” 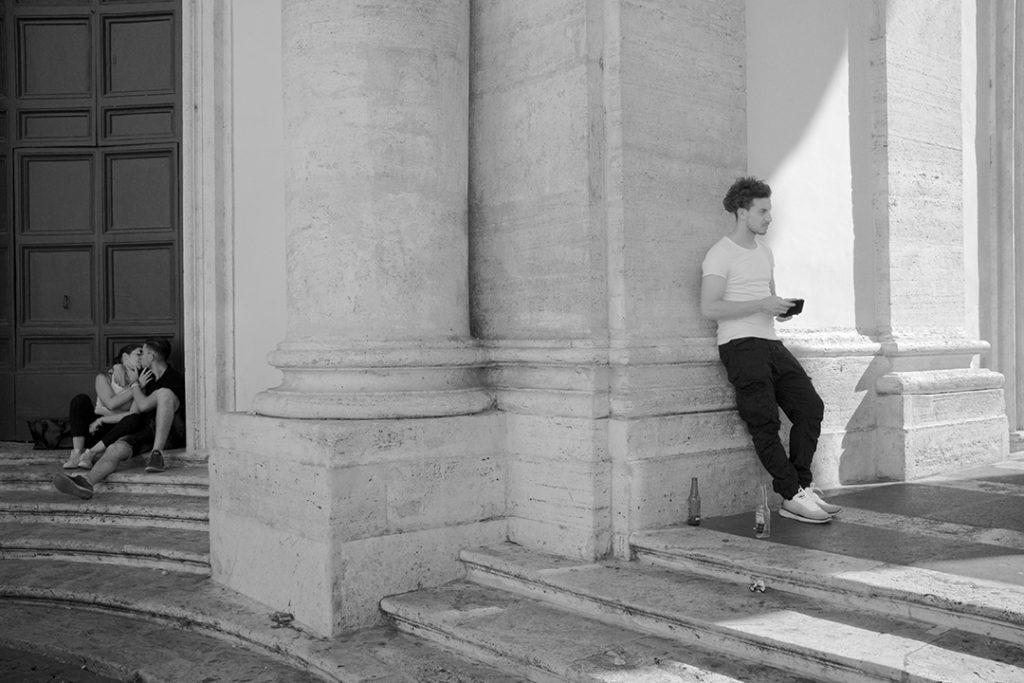 Gregor’s images taken in the Study Abroad program in Rome and Tokyo hold a quiet realism that betrays the photographer’s gregarious personality.

Gregor worked with Stephan Apicella-Hitchcock, artist-in-residence in the visual arts program, both on campus and in Tokyo and Rome, where he spent one winter and two summers studying photography through Fordham’s Study Abroad program.

“His work harkens back to the golden periods of photos,” said Apicella-Hitchcock. “He shoots in a traditional mode, black and white.”

He called Gregor “a very modest guy” who reveals just “ten percent of what’s going on” in his personal life. Indeed, Gregor only mentions in passing the series of health troubles he’s had to grapple with while getting his undergraduate degree. Twice, he’s had to take a leave of absence for health issues relating to his time in the service.

“I started my education at Fordham while having severe medical concerns, at times thinking I was going to die; I pressed on,” he said, adding that his faith in God has been a source of strength.

“I have always been very committed to my Catholic roots and my faith has been the core of my success.” 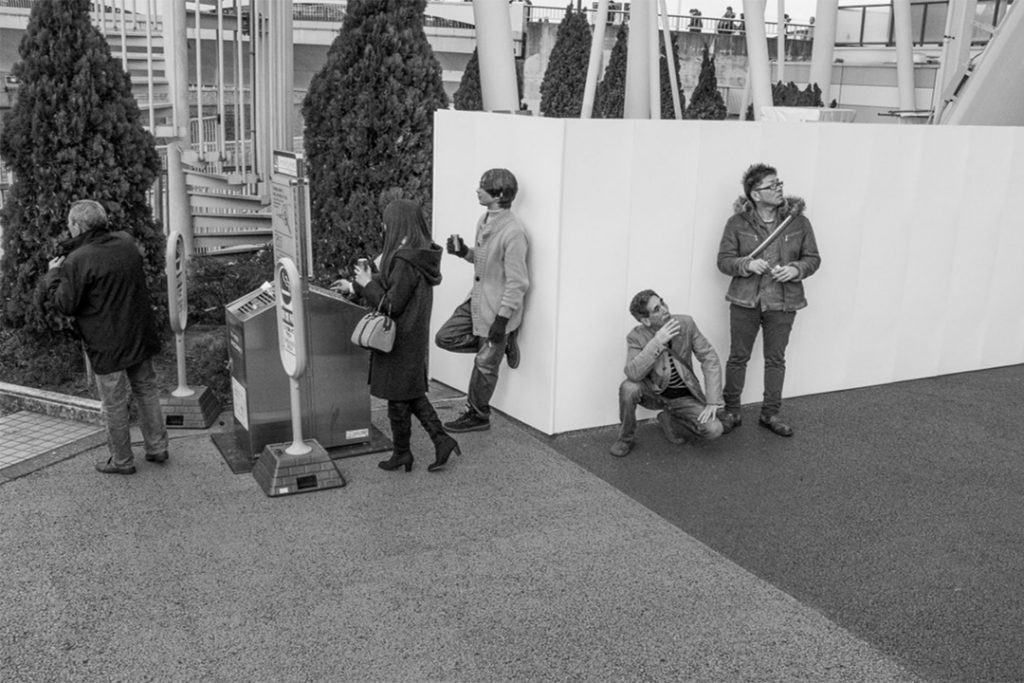 As part of Fordham’s short-term faculty-led study abroad program, students can study in Rome during the summer and take classes in art history, visual arts, theater, or Italian. There are also opportunities to go to a host of other cities, like Tokyo. Professors often build their syllabi around landmarks and local museums.

Gregor participated in two summer courses offered abroad, but he first studied abroad in Tokyo during the winter session of 2015 with Apicella-Hitchcock. He later went to Rome to take photos in 2016 and again in 2018 to study art history with Jennifer Udell, Ph.D., curator of university art, and Joanna Issak, Ph.D., the John L. Marion Chair in Art History. He said he appreciated the art history classes for their immediacy and relevance.

“Every day instead of sitting in a classroom and looking in a book you’re actually there in front of the art,” he said. “You hear about the political campaigns of ancient Rome and how it relates to today.”

Even his required student presentations were done on location. He presented twice at the Vatican—once about St. Peter’s Baldachin, the bronze canopy over the high altar at St. Peter’s Basilica, and another time about the basilica’s facade.

“That was a memorable experience,” he said. “The ornate interior exudes a regal elegance.”

Trying Not to Be a Tourist

Gregor said he found Tokyo much cleaner and less chaotic than Rome, though adapting to their social norms proved a challenge when photographing people. He found this challenging, he said, as it made him feel more like a tourist and didn’t want his photos to appear as such.

“When you’re trying to let the experience saturate, your eye shifts from touristy to more of an intricate depth of the culture,” he said. “It’s just like in New York, you hit Times Square when you get here, but that’s not the culture.” 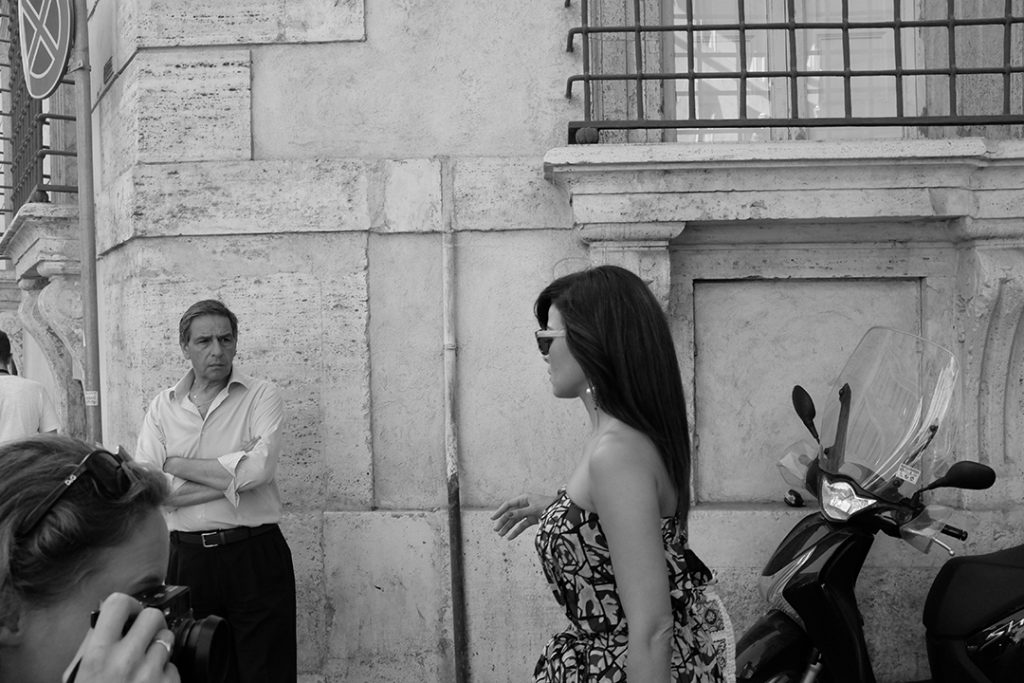 From Barracks to Museums on the G.I. Bill

More than his photos, Gregor likes to talk about the journey. He gives credit to his professors and classmates for their support.

“Fordham’s faculty is phenomenal, the teachers really care, and the students are welcoming,” he said. “I’m an older non-traditional student and there’s not been one time in a class in Rome or Tokyo where I felt like an odd man out.”

Gregor will walk at commencement in May, but he’ll return to Rome over the summer to fulfill an internship requirement under the mentorship of Apicella-Hitchcock. He’ll be assisting the Study Abroad office to capture the student experience abroad. He plans to float between the theater, documentary photography, and art history programs to document their classes, update social media platforms, and create an archive for future publications.

On his return, he plans to apply to law school.

“I served my country, I was great with the standards, the conduct, and did very well on the professional military education,” he said. “That gave me the leeway to major in art and focus on Fordham’s core philosophy courses, and a lot of law schools are looking at students with more versatile backgrounds.” 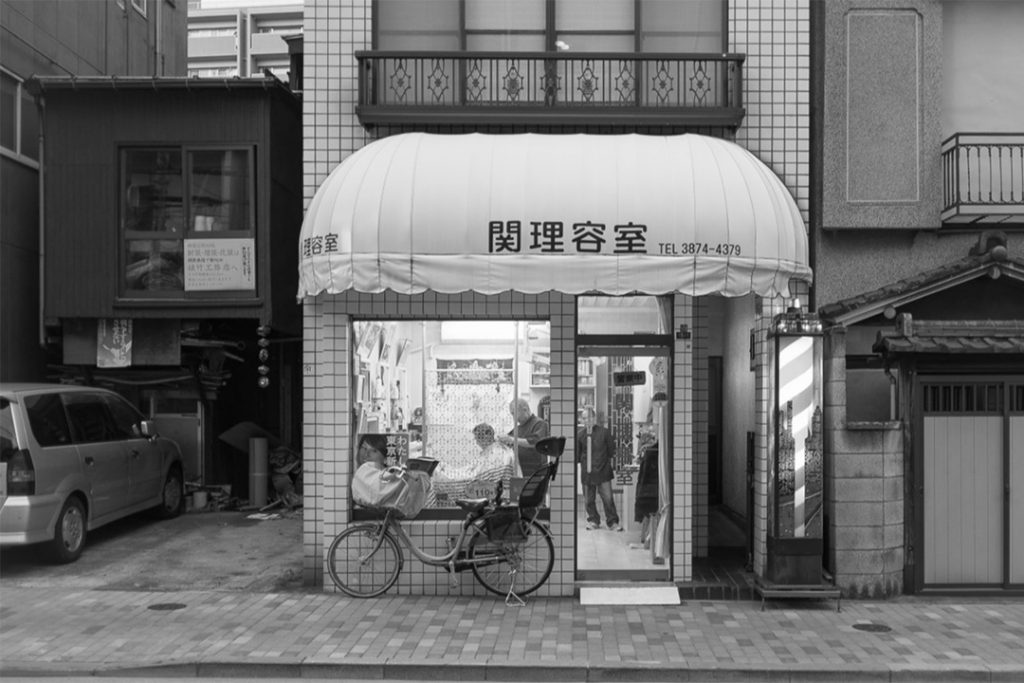