skip to main content
Return to Fordham University
You are at:Home»Commencement»Commencement 2019»Elliot Sanchez, FCRH ’19: A Kind Presence in the Operating Room
Photos by Taylor Ha
Six years ago, Elliot Sanchez saw a live surgery for the first time. He was in an operating room at the James J. Peters VA Medical Center in the Bronx, where he was a high school research volunteer. For six hours, he watched a team of doctors use the da Vinci Surgical System—a pincer-like robot controlled by a surgeon from a console—and remove a patient’s prostate.

“That was the first time I was like, ‘Wow, I want to be a surgeon,’” Sanchez said. “I want to be that guy who is in control of the room, who knows what’s going on, who has all the knowledge and the capability to save someone’s life.”

Today, Sanchez is a senior chemistry student on the pre-med track at Fordham College at Rose Hill. In his four years at Fordham, he’s conducted research in three labs. He’s shadowed three medical specialists and observed tumor removals and colonoscopies. He’s volunteered at St. Barnabas Hospital—just a 15-minute walk from campus—and served both English and Spanish-speaking patients from the Bronx.

But it was a buildup of experiences, beginning at home, that inspired him to pursue a career in medicine.

A Boy from Queens

Sanchez was born and raised in a family of health care professionals in Bayside Hills, Queens. His mother is a geriatrician; his father was an ultrasound technician. Both of them left their native Ecuador in their 20s to achieve the American Dream.

Whenever Sanchez fell ill, his mother “always had the answers,” he said. Those “answers” extended to their family members in Ecuador, who often called their home in New York for medical advice.

“I loved that she was that source of knowledge and information to people,” Sanchez said. “And I aspired to be that.”

Bringing Science and Solace to the Bronx

His dream of becoming a doctor slowly took shape.

At Fordham, he worked as a research lab mentor for three chemistry professors who taught him how to better navigate the heavy science associated with pre-med studies. Under the tutelage of Christopher Koenigsmann, Ph.D., Sanchez synthesized cobalt nanowires for fuel cells. In the lab of Fariborz Firooznia, Ph.D., he learned how to separate different substances and measure heat transfers. And since last fall, he has worked in the lab of Paul Smith, Ph.D., where he analyzes cortisol, a stress hormone found in hair and saliva.

Last year, he also served as a STEM student representative for Fordham College at Rose Hill’s academic integrity committee, said Rachel Annunziato, the associate dean for strategic initiatives. In fact, she was the one who selected him for the role.

“He was just so thoughtful in terms of his ethical responsibilities,” said Annunziato, who met Sanchez and his family at the fall 2017 dean’s list ceremony. “He’s so personable, hardworking, and determined …. He’s a really good kid.”

In the spring of 2018, Sanchez started volunteering at St. Barnabas Hospital in the Bronx, where he surveyed patients on the quality of care during their stay. But he also connected with them, particularly those that spoke Spanish, his family’s native tongue. He bonded with a middle-aged Dominican patient, who, like him, loved the taste of arroz con habichuelas and pasteles.

Life and Death in the Operating Room

For years, Sanchez had wanted to become a doctor. But it wasn’t until 2017 that he formally decided to pursue a profession in medicine.

Many of the patients he observed in Ecuador suffered from soft tissue sarcomas, or cancers that begin in the bone and muscle. One patient, who had lost an eye, complained about the wind flowing through his empty socket. Another had a fist-sized sarcoma growing from her scalp—a bald, pink mass that was only visible when she took off her hat.

In the operating room, he watched Leone and his medical staff remove tumors in surgeries that took hours. As an electrocautery probe sliced across a patient’s body, he could smell the burning flesh. With the aid of a surgeon’s scalpel, he saw skin layers peel apart. But he wasn’t afraid.

“I was totally intrigued by learning the anatomy of it—learning how to be careful,” Sanchez said. “Not severing any major arteries or veins and being careful of the nerves.”

He also loved the vibe of Leone’s team. Sometimes they played rap or bachata music during surgery, he said. But what he liked the most was their team dynamic.

“The fluidity, the way they joke around, but also the way that they solve problems off the fly and rely on each other—that’s what I like,” Sanchez said. “[And] they all have the same goal: They want to save this person’s life.”

That doesn’t always happen. Leone told him about how he had cared for a child in Ecuador who later succumbed to liver cancer, Sanchez said.

“You’re not always gonna have a success in the operating room. You’re not going to be able to fix everybody that comes in there,” Sanchez said. “But you keep on trying.”

After he graduates from Fordham, Sanchez plans on taking a gap year before applying to medical school. He said he wants to gain more clinical experience, and plans on applying for medical scribe and research assistant positions. He looks forward to people putting faith in him the way they put faith in his mom.

“You look after these people with all your heart and soul because you genuinely love them,” Sanchez said. “I want to have that friendship where they trust me as a doctor, and a smile comes on their face every time I walk in the room—‘cause I know I’m going to have a smile on my face.” 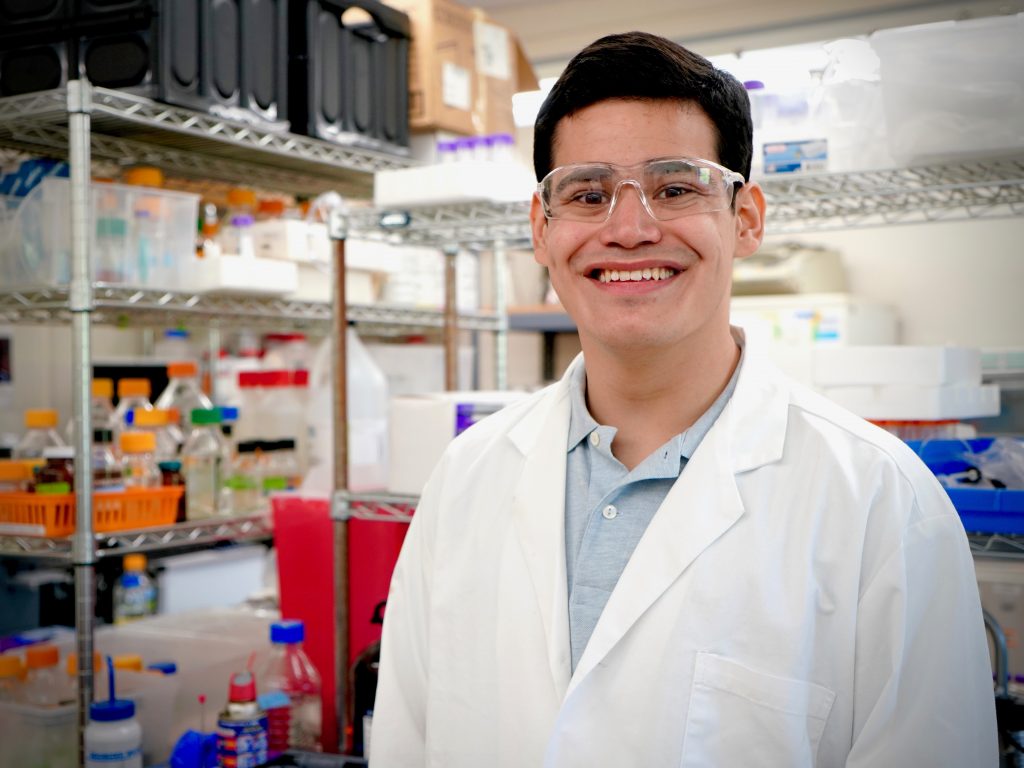