On May 1, the head of Alpha Sigma Nu visited the office of Joseph M. McShane, SJ, president of Fordham, to present Fordham with the Annual Chapter of the Year Award on behalf of the national organization. It is the first time Fordham has received the honor and the second time the award has been bestowed.

Alpha Sigma Nu honors students who distinguish themselves in scholarship, service to others, and loyalty to the ideals of a Jesuit education. Fordham’s chapter has 129 members who were inducted on April 9, and thousands of Fordham alumni members as well. 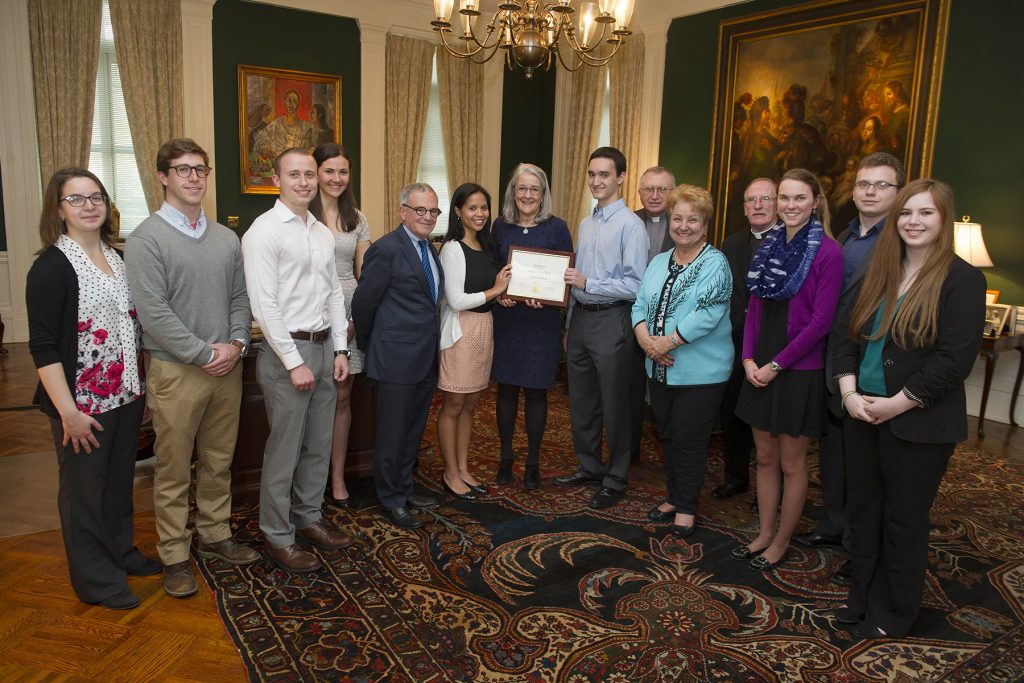