skip to main content
Return to Fordham University
You are at:Home»Commencement»School of Law Celebrates its Class of 2015 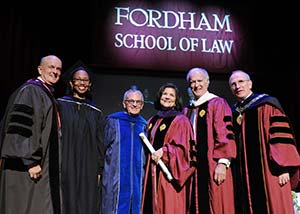 Thomas Moore, LAW ’72, served as the graduation speaker, and he and his wife, Judith Livingston, received honorary Doctor of Laws degrees at the Law School’s 108th diploma ceremony on May 18 at the Beacon Theatre.

The Law School graduated 413 J.D.s, 160 LL.M.s, and, for the first time in its history, two S.J.D.s, from the Law School’s new Doctor of Juridical Science program.

Additionally, Susan Santangelo received the Dean’s Medal of Recognition, the highest honor the Dean can confer. Outgoing Dean Michael M. Martin received the Pro Universitate Medal, a new award, for his extraordinary service to the University. The medal was bestowed on him by Joseph M. McShane, S.J., president of Fordham University. 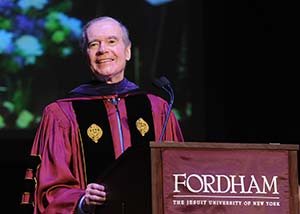 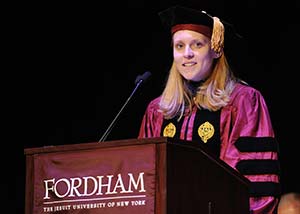 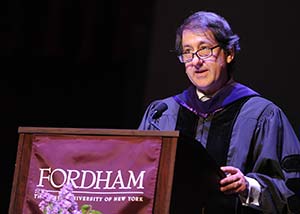 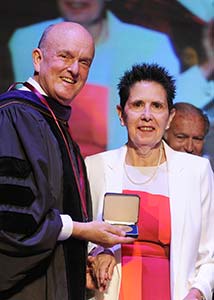