skip to main content
Return to Fordham University
You are at:Home»Colleges and Schools»Graduate School of Social Service»Scholar to Address Issues Facing Women in Refugee Camps 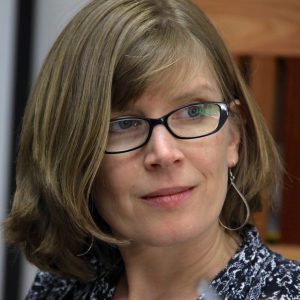 Empowering women in refugee camps may seem a laudable goal, but it faces steep challenges among refugees in the Syrian crisis, said Kathryn Libal, Ph.D., associate professor in community organization and director of the UConn Human Rights Institute at the University of Connecticut.

Libal will be addressing the needs of women refugees in a lecture and panel discussion at a symposium titled, “Migration and Women’s Rights: Employment Challenges, Empowerment, and Best Practices.” Sponsored by the Graduate School of Social Service on Sat., March 18 from 9:30 a.m. to 1 p.m., the symposium, which is free and open to the public, will explore how economic empowerment is crucial to women’s rights.

Libal has researched the refugees from both the Iraq and Syrian conflicts. She said that, unlike Iraqi refugees who have settled into cities like Jordan, most Syrian refugees live in highly secured camps where the movement of goods is limited, making trade nearly impossible. Compounding the problem is the simple fact that shelter, food, and water remain a primary concern.

“[Maintaining the] basic conditions of daily life make it challenging for women to even think about work,” she said.

Libal said she will also examine how economic empowerment of refugees must be navigated alongside the host populations’ needs. Those communities may already have a high level of unemployment, as was the case in Jordan when the Iraqi refugees arrived.

“You can’t set up parallel systems of support where the newcomers have an advantage,” said Libal.

The talk represents the first time that Libal has drawn a connection between her research on the two refugee populations.

“I will be fairly critical that you can’t just economically empower women in these situations,” she said. “There’s already a large failure to fund basic things like heat and housing and to take care of the minimum needs.”

““We box ourselves in to the approaches that are tried,” she said. “[But] you can’t assume that a microcredit or handicraft project will always work. I look forward to hearing the panelists’ ideas, especially models that address getting women ready for post-resettlement.”