skip to main content
Return to Fordham University
You are at:Home»Colleges and Schools»Graduate School of Religion and Religious Education»The Art of Negotiating Curves 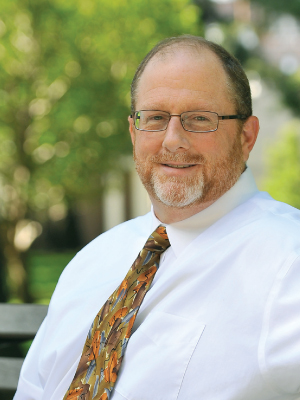 Under C. Colt Anderson’s leadership during the last year, GRE has revamped several of its existing programs and has two new degree programs in the pipeline.
Photo by Dana Maxson

The main office at the Graduate School of Religion and Religious Education (GRE) was unusually serene during the height of a steamy summer. With many faculty and students away, C. Colt Anderson, Ph.D., who on July 15 marked one year since becoming dean of the school, had a rare moment to reflect.

“Have you ever been on a really big roller coaster and sat in the front car?” Anderson mused. “That’s what the last year has been like. There have been moments of anxiety, but moments of exhilaration as well.”

In truth, a career of navigating abrupt curves in the track has aptly prepared Anderson to lead GRE. Early on, he had seemed destined to teach Catholic studies at the University of Georgia, having caught the attention of the chair of the religious studies department there. While Anderson was still an undergraduate, the chair offered him a full assistantship as a graduate student with the alluring goal of later recruiting him to join the faculty.

“Where I grew up, it was less than 2 percent Catholic,” said Anderson, a native of Savannah, Ga. “So I thought I was going to be a Catholic voice in the Deep South and teach where there were no Catholic resources. But in the end, that didn’t work out.”

While in his first year of doctoral work in historical and medieval theology at Marquette University, he received a call from the religious studies chair at the University of Georgia.

“He said, ‘Colt, I have bad news. The university has changed its priorities—they’re doing away with medieval and Catholic studies,’” he said.

“So there I was. In Milwaukee. In the brutal cold of the American Siberia during January of my first year,” he said. “I decided the only way out is through.”

He forged on, taking a job in advertising as a scriptwriter and film producer to support himself while writing his dissertation. Though an unusual occupation for a medieval theologian, the job combined his theological expertise with a family background in media (his father is an Emmy award-winning cinematographer and his stepmother was an editor for the Atlanta Journal-Constitution).

“I took what I knew about rhetoric from medieval preaching—for instance, the use of symbol and image—and simply applied it to help companies like Coca-Cola,” he said.

“The first principle [of both]is always, ‘Who is my audience? What are they concerned about and how do they perceive what I’m selling?’” he said.

He went on from Marquette to teach at Mundelein Seminary in Illinois, the largest Roman Catholic seminary in North America. Three books and nearly a decade later, he became associate professor and ultimately vice president for academic affairs and academic dean at Washington Theological Union in Washington, D.C.

Anderson’s career was ascending rapidly; but when Washington Theological Union announced its closure in 2011 due in part to dwindling numbers entering the priesthood, he found himself, for a second time, at an unexpected bend in the track.

The curve would ultimately lead him to Fordham, where he landed the deanship at GRE.

“Sometimes life doesn’t work out exactly as you planned,” he said. “And sometimes it works out better than you planned.”

With just over 200 students, GRE is Fordham’s smallest school. But its size, Anderson came to realize, hardly reflects its steady growth. The school’s population has increased substantially since its launch in 1968, and it leads the other schools in offering online courses to a growing number of distance learners.

“Students do their courses online, then come to campus once or twice a year for a week of intensives,” Anderson said. “We’re able to offer training to people in Arkansas, Louisiana, Montana—places where there aren’t resources of this kind.”

Since his arrival, Anderson has seen many of his short-term goals for GRE come to fruition: Approval is pending for an online version of the doctor of ministry degree, the masters in religious education has been revamped, and two new masters degrees in Christian spirituality and pastoral studies are slated to begin in the fall of 2014. The school also plans to establish two joint degree programs with the Graduate School of Business Administration in digital ministry and in mission administration.

Going forward, his goal is to continue to refine GRE as a center of excellence in ministry, religious education, and church leadership.

“I’d like to see us become a platform for renewal, meaning a place for all voices,” he said. “The biggest challenge I see facing the U.S. church is polarization. Part of the way to overcome that is to create a platform where people can come together and have real dialogue, where all voices can truly be respected.”

It’s a goal meant to benefit not only GRE, but also the church at large.

“My conviction is that this school and schools like it are critical for the future of the church,” he said. “We’re the applied side of theology. If schools like this were to go away, who would train the catechists, the directors of religious education, the chaplains? Those are the people that we need if we’re going to pass our faith on.”