skip to main content
Return to Fordham University
You are at:Home»Colleges and Schools»Graduate School of Religion and Religious Education»GRE Establishes First Named Endowed Scholarship and First Named Gift Fund
Photos courtesy of Keith Tew/Barton College and Jack Knight
The Graduate School of Religion and Religious Education has received two gifts that will support the school’s students and community partnerships for years to come.

Earlier this year, the school established its first named endowed scholarship in honor of Michael Fukuchi, a recently deceased alumnus who made a generous planned gift to support students at his alma mater. And in August, GRE created its first named gift fund, thanks to support from Jack Knight, a Gabelli School of Business graduate who received his MBA in 1984. The fund will support GRE’s work in the community.

“GRE is built on grace and gift. To the Ignatian vision of teaching and learning for solidarity, service, and justice, I must add gratitude. Michael Fukuchi, Jack Knight, all our benefactors for the past 50 years, as well as our colleagues at DAUR have empowered us to live our school’s vision passionately. To them, we give thanks,” said Faustino “Tito” Cruz, S.M., dean of GRE. “And now, we must give as gift the gifts we have received by becoming resonant leaders in community-engaged partnerships and transformative education.” 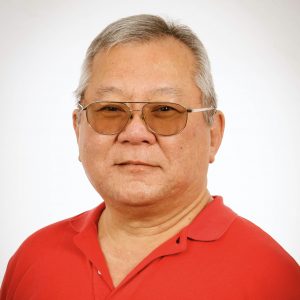 Fukuchi graduated from GRE in 1970 with a master’s degree in religious education. He spent nearly 40 years working at Barton College, a private liberal arts college in North Carolina, where he taught classes in freshman composition, world literature, Asian literature, Chaucer, Middle English literature, science fiction/fantasy literature and film, and more. When he passed away this past winter, he left behind a generous donation to help fund the studies of students at his alma mater, with preference given to those with ties to North Carolina or his native Hawaii.

The Sarah and Jack Knight Fund for Pastoral Innovation and Practice, established with an initial gift from Jack Knight, will support the school’s 50th-anniversary initiative to nurture a close relationship with the University’s neighbors in the Bronx.

“‘Pastoral’ is a faith-based response to a human need—the needs of a community. ‘Innovation’ means we’re going to address the needs of a community by directly listening to them and what they need,” said Dean Cruz, explaining the meaning behind the new fund’s name. “And ‘Practice’ because it is an invitation for the community to transform itself into a community of leaders. We’re not walking into a community to change them—we want to change them with them so they themselves become active agents of change within the community and beyond, continuing to help their neighbors and others.”

Though Knight is not a GRE graduate, he said he was inspired by a recent discussion with Dean Cruz in which they spoke about what it means to live your faith in the community. 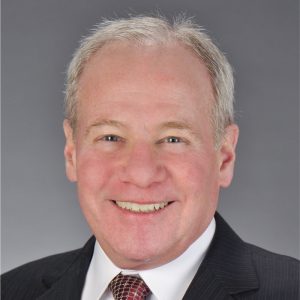 Knight has served in various leadership roles in financial services, including senior vice president and division manager at Wells Fargo Bank and national director at First Republic Bank, since 1978. His wife, Sarah, who passed away in 2016, worked in the same industry as her husband, in addition to airline services in Los Angeles and New York.

When the couple moved to Southern California, they taught religious education in their local parish. Knight, who earned a master’s degree in religious studies from Mount Saint Mary’s University and now serves as a board member on the school’s regents’ council, taught eighth-graders; his wife taught second graders preparing for Holy Communion.

While teaching, Knight began to think more critically about what it means to teach religion. He said he had grown up with the Baltimore Catechism, a standard Catholic school text steeped in memorization, but as an adult, he didn’t think that was an appropriate way to communicate faith. He went to Mount Saint Mary’s to find answers. It was there that he learned the importance of going out and living the gospel.

These days, he lives his faith in the best way he can—by giving back to the community, he said.

“In my life, it’s the Jesuit tenet that I’ve come to appreciate more and more, the older I get,” Knight said. “To be women and men for others.” 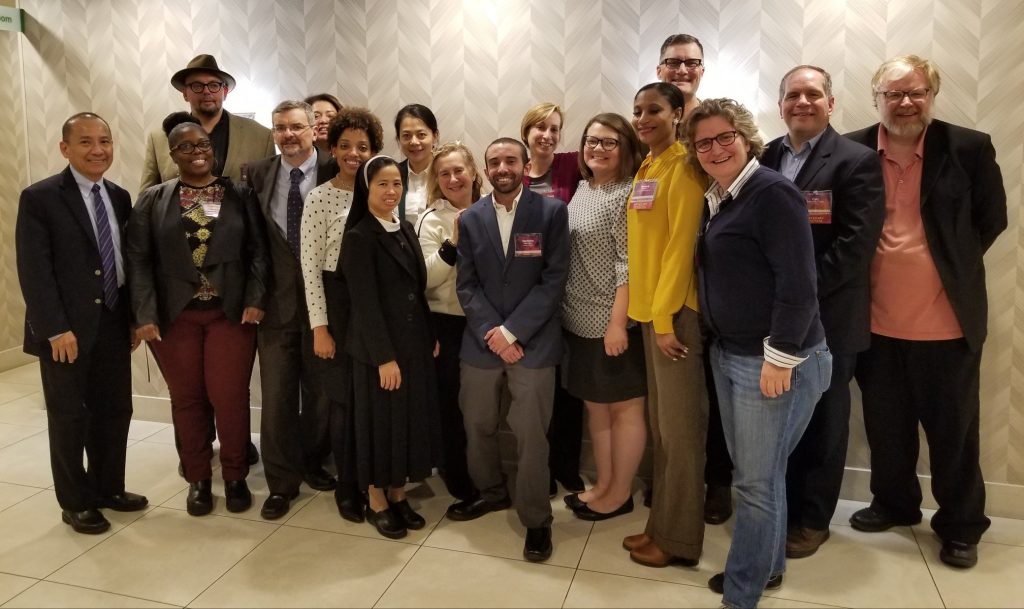 Dean Cruz (far left) with GRE students, faculty, and alumni at a 2019 conference