Today, the annual event celebrates the research projects of more than 300 undergraduates across disciplines in the humanities, social sciences, natural science, and the arts.

Below are some of the highlights of the daylong event. 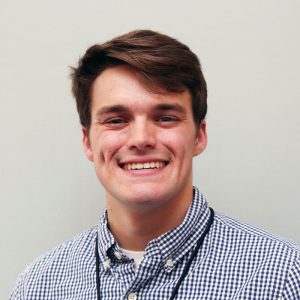 Glioblastoma, which affects 13,000 new patients each year, is one of the most common and progressive form of brain cancers.

“It’s very difficult to treat and not very responsive to traditional treatment because it is hidden in the brain and the cancerous cells become intertwined with normal cells,” said Thomas Christensen, FCRH ’18, a neuroscience major.

Christensen worked with Patricio Meneses, Ph.D., associate professor of biological science, to explore an alternative treatment strategy using gene therapy. Through genetic treatment, researchers would be able to replace abnormal cells with healthier ones. According to Christensen, the genetic material would be transported in target cells in the brain using a DNA molecule packaged within a human papillomavirus (HPV) pseudoviral shell. It then would make a protein that binds to the mutated protein that is present in up to a third of glioblastoma patients.

“We hope that in developing a treatment strategy like this we’ll be better able to treat patients and avoid a lot of the awful side effects that are associated with traditional treatment strategies such as chemotherapy,” said Christensen.

Documenting the Medical Experiences of Burmese Refugees in the U.S. 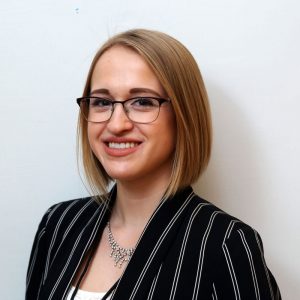 For her study of a group of refugees—the Karen ethnic community—who settled in the U.S. from Myanmar (Burma) after decades of civil war, senior Natalie Wodniak interviewed 39 members of the group now living in Fort Wayne, Indiana; Amarillo, Texas; and Buffalo, New York. She hoped to learn about their medical experiences in the U.S.

“There are a lot of refugees here and it’s important to be culturally aware and mindful of their experiences and how they’re adjusting to American society,” said Wodniak, who was recently invited to present her findings at the Council on Undergraduate Research’s Posters on the Hill in Washington D.C.

Through her research, Wodniak discovered that the refugees’ system of health care is based on traditional medicines from plants and herbs like betel leaves, which treat ailments like fever. When they arrive in the U.S., however, they are treated with western medicine, she said.

“It can be very confusing to them,” said Wodniak. “They also feel like it’s not a conducive environment to continue practicing their traditions because a lot of [American doctors] don’t understand the benefits [of traditional medicine]. The doctors don’t know that those things can be successful options for treatment.” 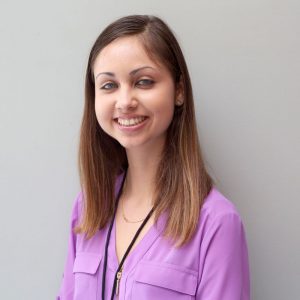 Glucose meters use biological enzymes to catalyze, or speed up, the reactions that are necessary to detect blood glucose levels.  Since they are made of pure platinum, which is expensive and tends to decrease in effectiveness over time and at higher temperatures, diabetic patients often spend thousands of dollars each year to monitor their glucose levels, said Nicole Smina, a sophomore studying chemistry.

Smina worked with Christopher Koenigsmann, Ph.D., assistant professor of chemistry, to replace biological enzymes with transition metals that included a mixture of platinum, gold, and palladium, which is more stable. She believes adjusting the composition of these catalyst wires can help to reduce costs while providing accurate and effective sensing.

“If we can create a more stable catalyst that performs over a wide temperature range,” said Smina, “then it would help diabetic patients to not have to constantly purchase new glucose sensors.” 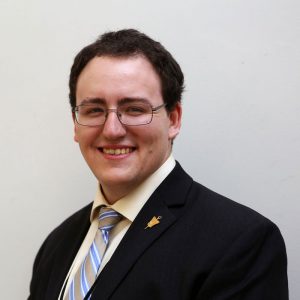 Using data compiled by the World Bank and a theory inspired by a 2014 study of food security in Malawi, mathematics and economics major Santiago I. Sordo Palacios examined how supplemental, off-farm labor impacted food security for households in Nigeria.

According to the Malawi study, farming households who supplemented their income by working off the farm saw increases in their annual income, which helped them become more food secure. However, this also led to decreases in their own agricultural production in the long run.

“When a member of the household is going into town every day, he or she might be doing that on a longer-term basis in comparison to other supplemental work,” said Sordo Palacios.

Sordo Palacios found that when a family member worked on a household business, such as providing some type of good or service to their neighboring community, it had a positive impact on the household’s food security. These forms of casual labor tended to happen between the planting season and the harvesting seasons, which suggest they require a short-term commitment, he said. 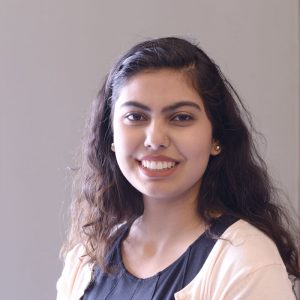 With the rise of anti-Muslim rhetoric during the 2016 U.S. presidential election, Leya Maloney, a senior majoring in political science and Middle East studies, was curious about how Muslim women protest as a form of resistance in a post-9/11 world.

She conducted in-depth interviews with 15 college students about faith, background, socioeconomic status, and political affiliation. The participants, who were between the ages of 18 and 21, were primarily living on the East Coast of the U.S. and were of Pakistani, Bangladeshi, Egyptian, Jordanian, Palestinian, Afghan, and Turkish descent.

She found that the lower the socioeconomic status of the participants, the more likely they were to engage in protest or rallies.

“If their parents come from a country of high-state oppression, these women tend not to engage in overt acts of protest but engage in more passive forms of resistance such as in the classroom or on an individual level in conversations, social media, and the clothing they choose to wear,” said Maloney. 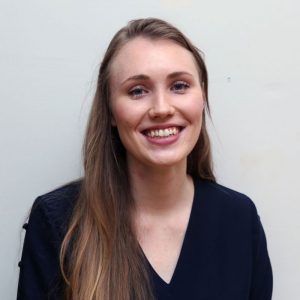 For Margaret Fahey, who is studying International Political Economy and French Studies, film can be a reflection of issues facing society. Fahey examined three films, La Haine (1995), Tout ce qui brille (2010) and Dheepan (2015), which all focused on the struggles facing minorities who live within the banlieues, or suburbs of France.

“The banlieues are similar to America’s inner-city areas. The neighborhoods are often stereotyped and this is reflected by French film,” said Fahey, who was awarded a Fulbright to Marseille, France, where she will be teaching English to high school students next year.

She compared the issues facing the characters and contrasted them with the policies that existed surrounding immigration.

“Immigrants are expected to integrate into French society,” said Fahey. “The model doesn’t necessarily embrace cultural differences. Rather, people are often expected to hide their differences in order to fit in. Together, the three films examined weave a cinematic representation of how these expectations affect individuals living in France.”