skip to main content
Return to Fordham University
You are at:Home»Colleges and Schools»Fordham College at Lincoln Center»Selfies and Memes Increasingly Used in Politics, Professor Says

Over the past few years, more and more people around the world have been using selfies, GIFs, and memes to communicate with friends: a funny self-portrait snapped with a smartphone, a moment from a favorite show that perfectly expresses an emotion, a picture edited with text that sums up reaction.

But increasingly these means of communication are being used in more serious contexts, particularly in political conversations, according to Anirban Baishya, Ph.D., assistant professor of communication and media studies.

“My specific research right now is actually on ‘selfie culture,’ which is funny, because when we think about selfies, we generally think about pouting faces, duck faces, posing in front of the camera, but the way I got into my research was looking at how the selfie was mobilized in politics,” he said. “And there, we begin to see the bridging of the gap between the internet and politics. They’re not two separate things. They are sort of woven into each other.”

Selfies have a stereotype of being narcissistic, he said, but they’re almost always connected to someone else.

“It’s always a selfie with someone or for someone else, so you never take it for yourself in some sense,” he said. “And so what happens in the private sphere with that kind of an attitude toward images and devices, is that it feeds directly into our political cultures.” 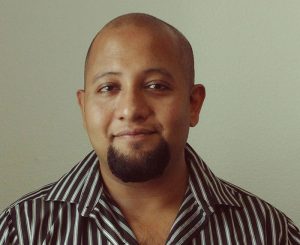 Baishya has spent the last few years documenting how humorous politicized memes have been used as a commentary on politics in India. He’s also explored the cell phone market in India and what “visual cultures it has enabled” through a UCI Early Career Fellowship, a program from the University of California, Irvine for “early career scholars that are doing critical interdisciplinary research on pressing global issues.”

His most recent work was a research paper titled “The conquest of the world as meme: memetic visuality and political humor in critiques of the Hindu right wing in India,” which was published in the peer-reviewed journal Media, Culture, & Society in January 2021, explored the concept of “memetic visuality,” or a way of “imagining the world and the political community.”

“[The paper] looked at the way in which internet meme groups in India were using these humorous formats to sort of speak about authoritarian measures,” he said.

This meme culture really came to light after the 2014 election in India, in which prime minister Narendra Modi, who has been described as a Hindu nationalist, and his party won by a wide margin.

“We had a world-changing election in the Indian context back in 2014, and that’s when a lot of this happened,” Baishya said. “We began to see not just the political parties, which used selfies of candidates, but you would also see people uploading selfies in support of particular candidates with hashtags. So there was a to and fro movement, between the parties and the voters.”

While much of Baishya’s work has been focused on Indian internet culture, there are many trends and patterns that are similar to those in the U.S. and the rest of the world.

“Internet culture, wherever it is, is a global culture,” he said.

Many countries, including the United States, he said, are seeing the effects of internet culture play out in dangerous ways, such as the livestreaming and photographs taken during the riot at the U.S. Capitol on Jan. 6.

“When we see what we saw happening earlier this year—people taking images ‘for the gram,’— it’s an expression of ‘I did this, but I also did this for the others who are doing similar things,’” he said. “So it’s, in some way, an expression of community, right?”

But that mindset and those types of posts can be particularly harmful in the face of a volatile political divide, he said.

“There has been an increasing toxicity, as we all know, which is enabled both by viral circulation [of posts]and the possibility of constant connectedness—which had its positive sides—but we are at a time when there’s an increasing polarization, both in the American context and in other contexts,” he said.

“Organizing voters is not just happening door to door, you suddenly have these platforms, which are not necessarily made for political communication…that allow you to reach and to advocate for certain causes,” he said. “The political environment and the physical environment are not different. I like to think of them as different layers of the same cake.”