“Patrick was a young man, and he was full of promise,” said Joseph M. McShane, S.J., president of Fordham, in a statement emailed to the University. “He was a selfless, reliable member of the behind-the-scenes team that keeps the University running and enables the work of Jesuit education to continue, day by day.” 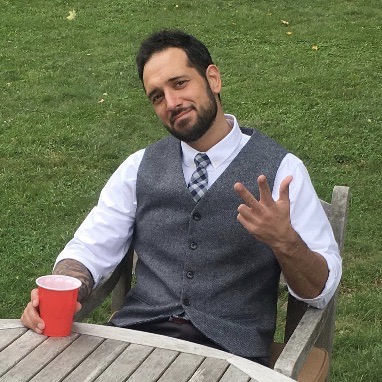 Howe started working at Fordham as a refrigeration engineer in 2014. He was responsible for installing and repairing heating, ventilation, air conditioning, and refrigeration systems at the Lincoln Center campus. But his knowledge of the facilities at Fordham extended beyond his usual job capacities, said his manager, Jedd Applebaum, chief engineer and associate director of facilities operations. Howe was a “jack of all trades” who could run any piece of equipment or building, said Applebaum, and one of the best engineers at Fordham.

“When I knew he was [here], it made my life 10 times easier. If I had something going on, even my boss would say, ‘Is Pat going to be there?’” Applebaum said. “The first person we would grab was Pat.”

Howe went above and beyond his responsibilities, said Applebaum.

“He was already an established engineer, but he was going to the next level of trying to learn the programming of our building management system, which is completely another step. He took advantage of online courses [outside of Fordham]  to learn the actual programming,” Applebaum said, noting that he wanted to be able to move up at Fordham. 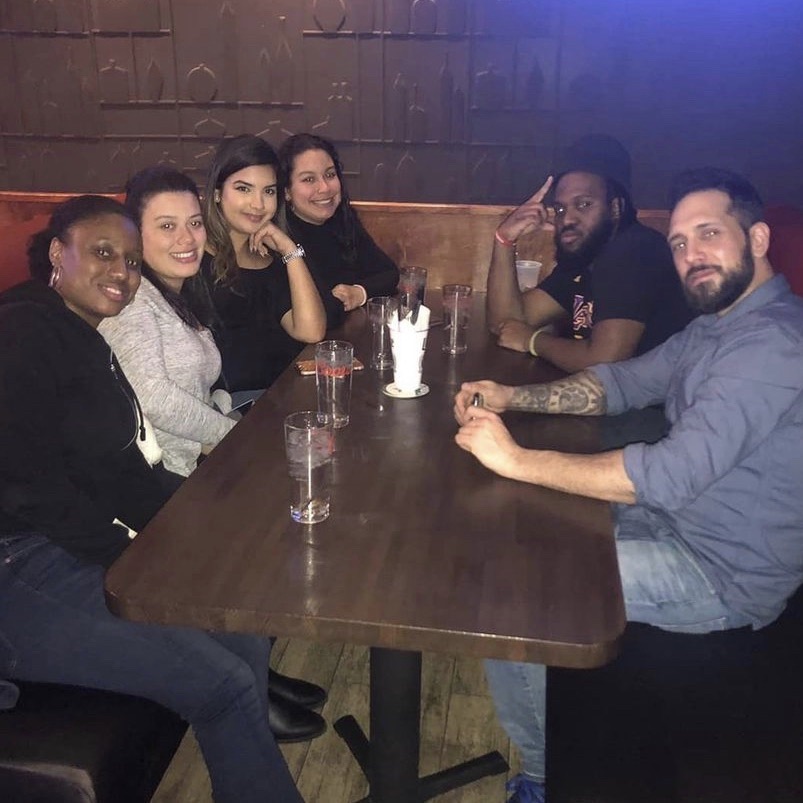 Howe and his friends from Fordham

Howe was not only a hard worker but also a selfless colleague, said Applebaum. During the Christmas season, he signed up for work shifts so that his colleagues with children at home could spend the holidays together, said Applebaum. He was also a smart and confident engineer who taught new employees, but never put on any airs, said Applebaum. And during the height of the pandemic, he always came into work.

“Fordham lost someone who would be here until he retired. He loved this University,” Applebaum said. “I have a 12-year-old, and I hope he grows up like him.” 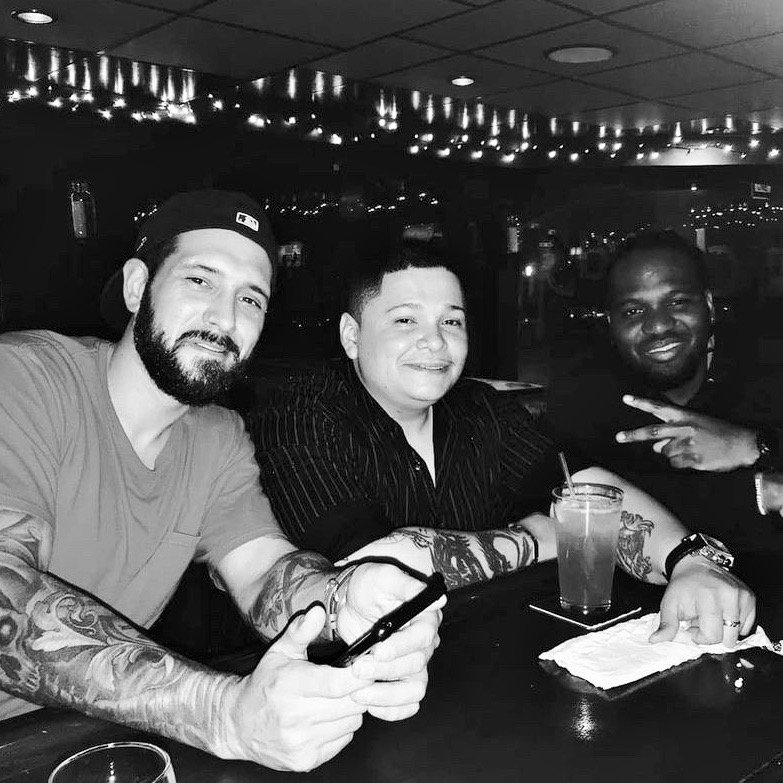 Howe and his friends from Fordham

Howe was born on September 28, 1981, in Valley Stream, New York. He was raised by his parents, Patrick Howe Sr., a senior service technician who worked for a boiler control company, and Donna Howe, a retired bookkeeper, alongside his younger sister, Mary Levin. As a child, Howe was inquisitive, honest, kind, and funny, said his sister. He loved skateboarding so much that when he accidentally broke his wrist while skating, he continued to skate—and coincidentally broke his other wrist just two weeks later, said his father.

Howe was not a big fan of school, said his mother. The only book he loved was Fight Club, a 1996 novel that was later turned into an American film, she said. (His favorite quote from Fight Club was “The things you own end up owning you,” she added.) But he was still a curious child who wanted to know everything about the world.

“He was relentless with his questions. He would ask, ‘Why does it rain?’” his mother recalled. “Everything that he was interested in, he took to the nth degree.” 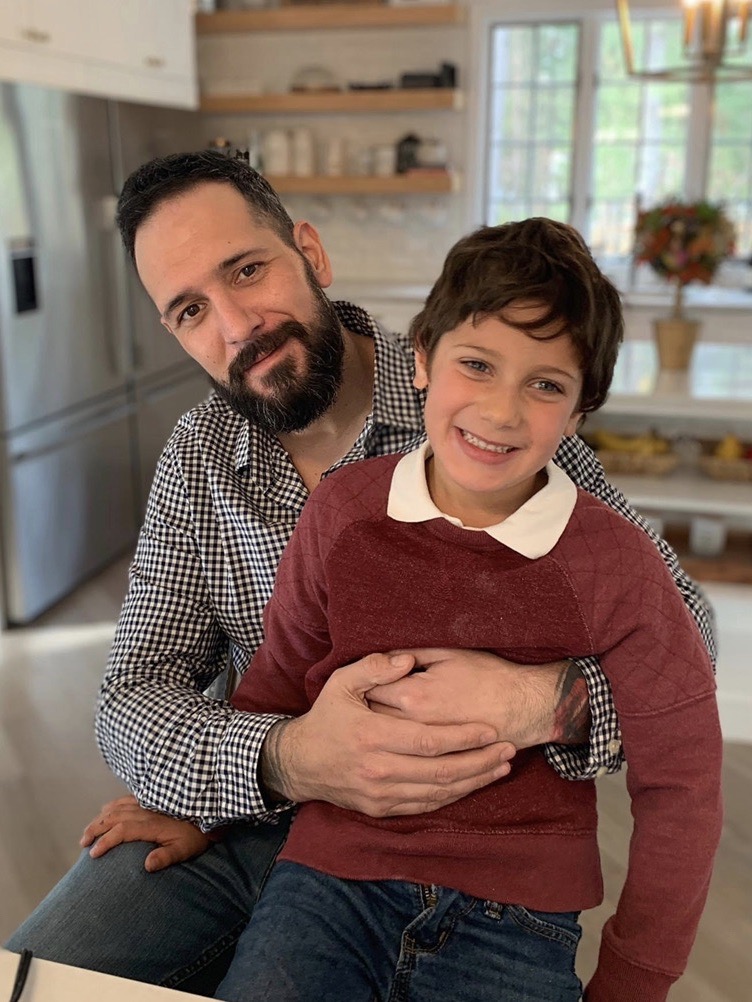 Howe and his nephew, Dylan Levin

Howe matured into a devoted son, brother, uncle, and friend who loved to be surrounded by people, said his family. His two nephews loved to wrestle with him and jump on a trampoline together, and they jokingly called him “Uncle Poopypants,” said his sister.

His sense of humor translated to every part of his life, said his family. He was an excellent mimic who could retell stories with flawless facial expressions, and he had the ability to make people laugh, said his mother and sister.

As an adult, he took pride in personal fitness and his tattoos, including a large koi fish on his arm. Howe was also a film buff who loved “dark” and “action-oriented” movies, including the Godfather series and Marvel and DC Universe films, said his family. He recently said that if he hadn’t become an engineer, he would’ve been a movie critic, his mother recalled. “He knew the director, he knew the way it was filmed, he knew what the ambiance was, what they were trying to say,” she said. “He was a lot deeper than most people realized.” 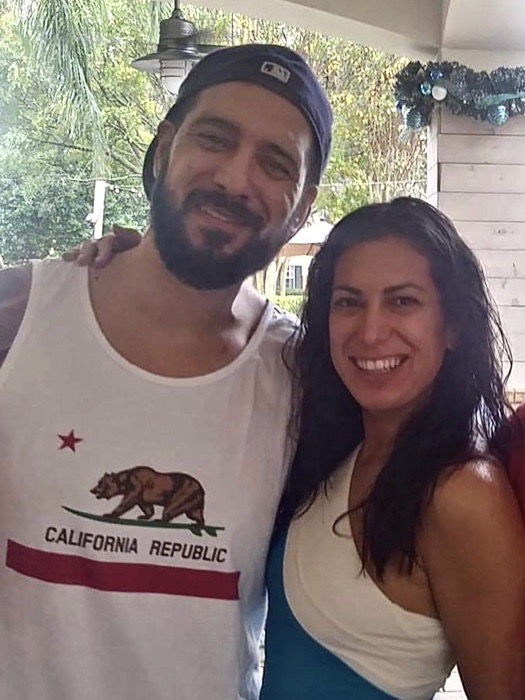 Howe and his sister, Mary Levin

Howe earned his associate’s degree in liberal arts and sciences and liberal studies from Nassau Community College in 2005. He graduated from the Turner Technical School in 2007, where he became certified in working as a refrigerating system operating engineer.

Before he joined Fordham, he held several jobs, including a licensed maintainer at the New York Public Library, where he maintained the heating, ventilation, and air conditioning systems.

“He stayed there for a number of years, and then he went to Fordham, which he absolutely loved. His job was very important to him,” said his mother, adding that he treasured the friendships he made there.

“He got along with everybody,” his sister said. “He didn’t see skin color or race or ethnicity or religion. He just saw people for people, and he loved everyone—and everyone loved him.”

Howe is survived by his mother, Donna Howe; father, Patrick Howe Sr.; younger sister, Mary Levin and her partner, David Levin; and two nephews, Dylan and Brayden. A wake will be held on Friday, April 15, at the Lieber Funeral Home located at 266 N. Central Ave., Valley Stream, New York, from 2 to 4 p.m. and 7 to 9 p.m.