The annual fall McGinley lecture wrestled with a multifaceted question: How can the clash of great empires and cultural worlds of the past bring new perspectives on reformation in the Jewish, Christian, and Muslim traditions of faith?

Father Patrick J. Ryan, the Laurence J. McGinley Professor of Religion and Society, suggested that the collisions of various empires might have signaled, supported, and even inspired reformation in Judaism, Christianity, and Islam. 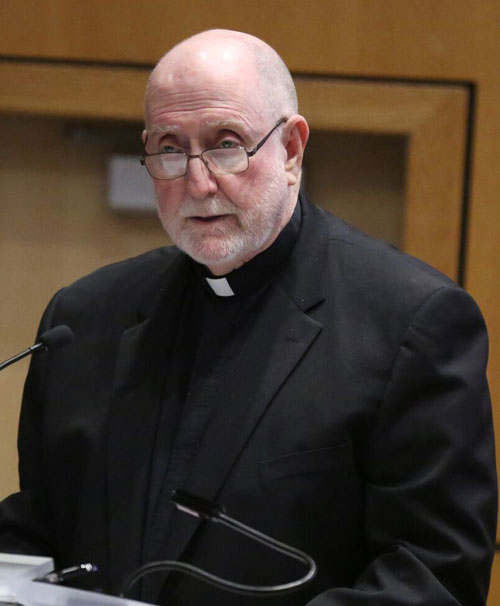 “Sometimes reformation has happened in reaction against colliding,” he said at the Nov. 14 lecture at the Lincoln Center campus. “At other times, the very collision of worlds has sparked reformation.”

Father Ryan’s lecture, which coincided with the fifth centenary of the Lutheran reformation, took into account the reform movements that were incited by Kings Hezekiah and Josiah as well as the prophets Isaiah and Jeremiah. He also explored 19th century Reform Judaism.

“Reform Judaism enabled many hitherto purely nominal Jews or immigrant Jews to understand two basic elements of the faith, the oneness of God and the call of the chosen people to spread the light of monotheistic faith,” he said.

In the case of Christianity, Father Ryan stressed that the collisions of both empires and cultures have been significant in the Protestant reformations as well as the Anglican and Catholic reformations. He said that in the late 15th century, Europeans first encountered new worlds in the Americas, Asia, and Africa. But the agents of the Catholic reformation were more likely to evangelize these populations than Protestants, he said. 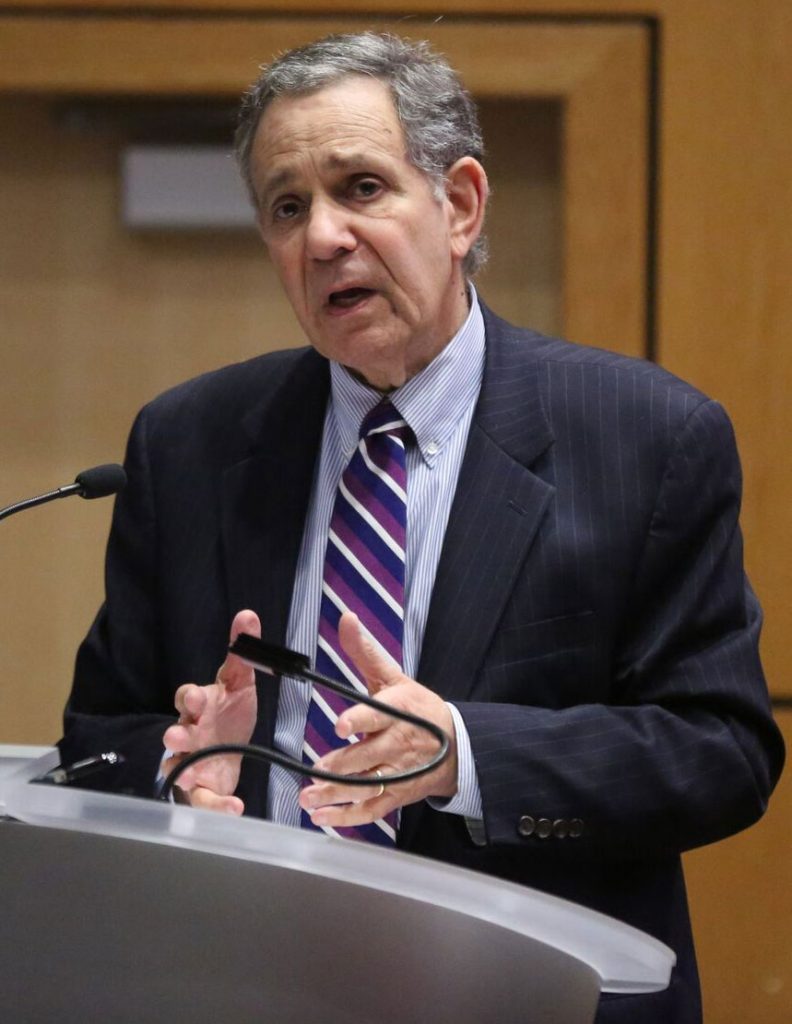 Rabbi Daniel Polish, Ph.D., the spiritual leader of the Congregation Shir Chadash, explored the commonalities between Reform Judaism and Lutheranism.

Father Ryan emphasized that Martin Luther was, however, eager to convert Jews after becoming convinced by Saint Paul’s Letter to the Romans that salvation would come to the Jews only after the evangelization of Gentiles was complete. The Lutheran reformation went down a dark path in 1543 when Luther published anti-Semitic writings that called for the violent destruction of the Jews.

“All of us who call ourselves Christian, heirs of one or another reformation—Protestant, Anglican or Catholic—need to examine our past in such a way as to liberate ourselves and our world from imprisonment in history,” he said.

Rabbi Polish likewise acknowledged Luther’s anti-Semitism, but said he was also struck by the commonalities of Reform Judaism and Lutheranism. Just as Luther rejected practices of the church that were not directly mandated in scripture, early reformers of German Judaism rejected the notion of an authoritative rabbinical interpretation of scriptures.

Of course, this became a tragic irony in the context of the Hitler era, he said.

“The futile aspiration of early reformers to be accepted by their fellow Germans ended with the extermination of their community,” he said.

Authority in the past, present, and future

In his assessment of reform in Islam, Father Ryan affirmed that the first Muslims in seventh-century Arabia saw Islam as “a reform of what had come earlier in the Jewish and Christian tradition of faith.”

“Muhammad’s prophetic vocation made him, in the Islamic theology of history, the last of a series of great prophets and especially of those prophets who are characterized in Islamic tradition by the term rasul, messenger,” he said.

Father Ryan noted that between the 15th and the 19th centuries, Muslims like the Egyptian polymath Jalal al-din al-Suyuti and the northern Nigerian Usumanu dan Fodio considered themselves to be mujaddids or reformers of Islam. 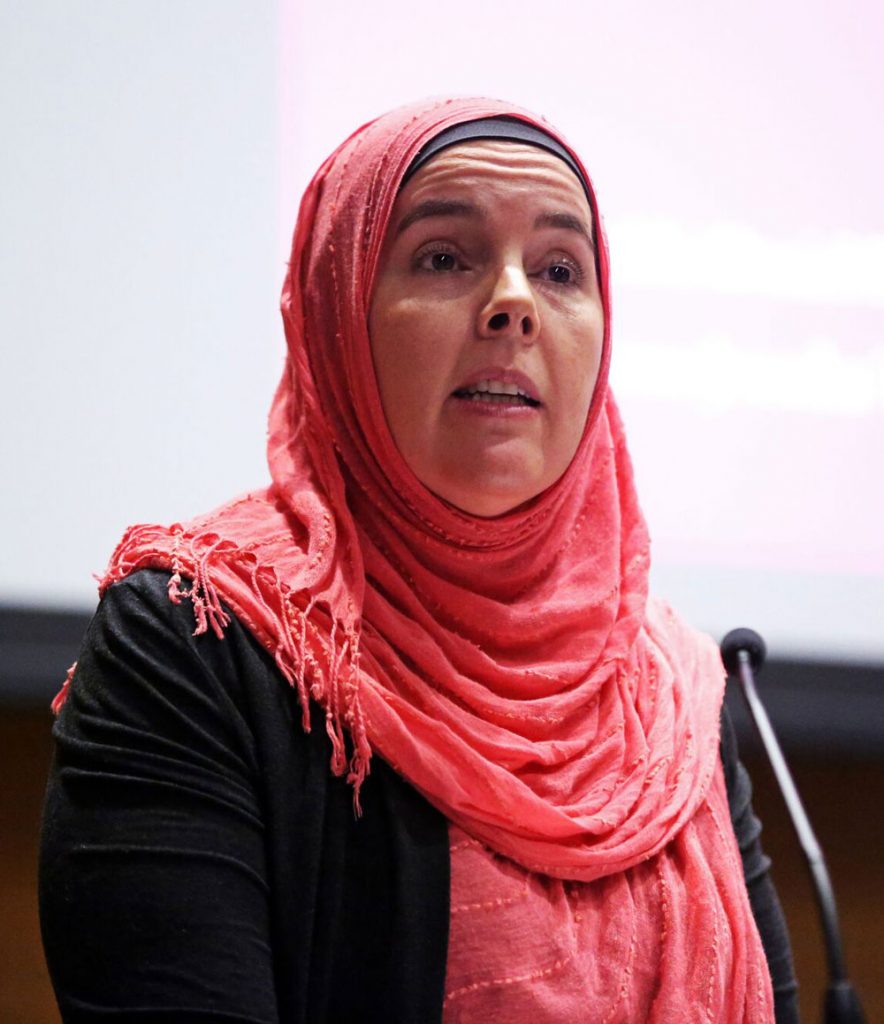 Self-described Mahdis or messianic leaders also started uprisings in Sudan and Saudi Arabia in 1881 and 1979, which coincided with the start of the 14th and 15th Muslim centuries.

Like the leaders before them, these reformers believed that they were responding to perceived threats to the Islamic tradition by great empires or repressive regimes, Father Ryan said. There are some echoes of this as well in the ISIS insurgency that assailed Syria and Iraq after 2014.

“That the partisans of ISIS first chose to create their ideal state across the borders of Iraq and Syria demonstrates how much ISIS is a delayed response to and reaction against European colonial parceling out of the central Arab world in the aftermath of World War I,” he said.

Lamptey cited trends in recent Islamic feminist interpretations of Islam as concrete examples of contemporary Islamic reform. She said these distinct interpretations were focused on egalitarian or a recovery of “real Islamic tradition’.”

“They argue that the Quran is fundamentally egalitarian, that it depicts an undifferentiated, ungendered human creation, [and]a divine sovereignty….and that the Quran is silent on any accounts of women in a secondary status,” she said.

While the Islamic feminist pioneers recognized that there were limitations and discrepancies in these interpretations, she said they attributed them to context and human interpretation.

“They seek to address those concerns by returning to the supposedly pristine beginnings and uncorrupted sources of the Islamic tradition,” she said.