skip to main content
Return to Fordham University
You are at:Home»Campus Locations»Lincoln Center»Making Connections at Commuter Student Barbecue
Slideshow by Tom Stoelker
It’s was a mildly humid day in New York City, weather that would be familiar to most of the incoming commuter and transfer students who attended a barbecue on Aug. 9 on the plaza of the Lincoln Center campus. They were, for the most part, locals.

The event, which has been sponsored by the Office for Student Involvement for several years, is designed for commuter and transfer students to get acclimated early and meet their first-year mentors, said Daniel Patterson, associate director for first-year experience at Lincoln Center. “This year we have 10 mentors and they’ll reach out throughout the year for different programs geared toward commuters,” he said.

The event also has a lasting impact, said Christina Frankovic, FCLC ’07, associate director of student involvement. Frankovic said she met one of her best friends at the event in the mid-2000s.

“As a commuter student the transition can be a little bit intimidating; they sometimes feel that since they don’t live here they don’t have built-in friends, so coming to the barbecue you meet the first friends you’ll make at college,” she said. “I met Lynette Palladino [FCLC ’08] and she eventually became a bridesmaid at my wedding.”

Next to Frankovic, several students who had never met were chatting over hot dogs and burgers. Fordham College at Lincoln Center first-year students Luisa Gazio took the subway up from the Financial District, Sabrina Rodriguez came in from Queens, Rhiannon Lauer arrived from Westchester County via Metro North, and Lara Khan took the Long Island Rail Road. They all ran into each other on the way to campus.

“The whole commuter event is such a good idea, it’s a very specific experience,” said Rodriguez. “The other schools don’t have commuter events and that’s part of the reason I chose Fordham.” 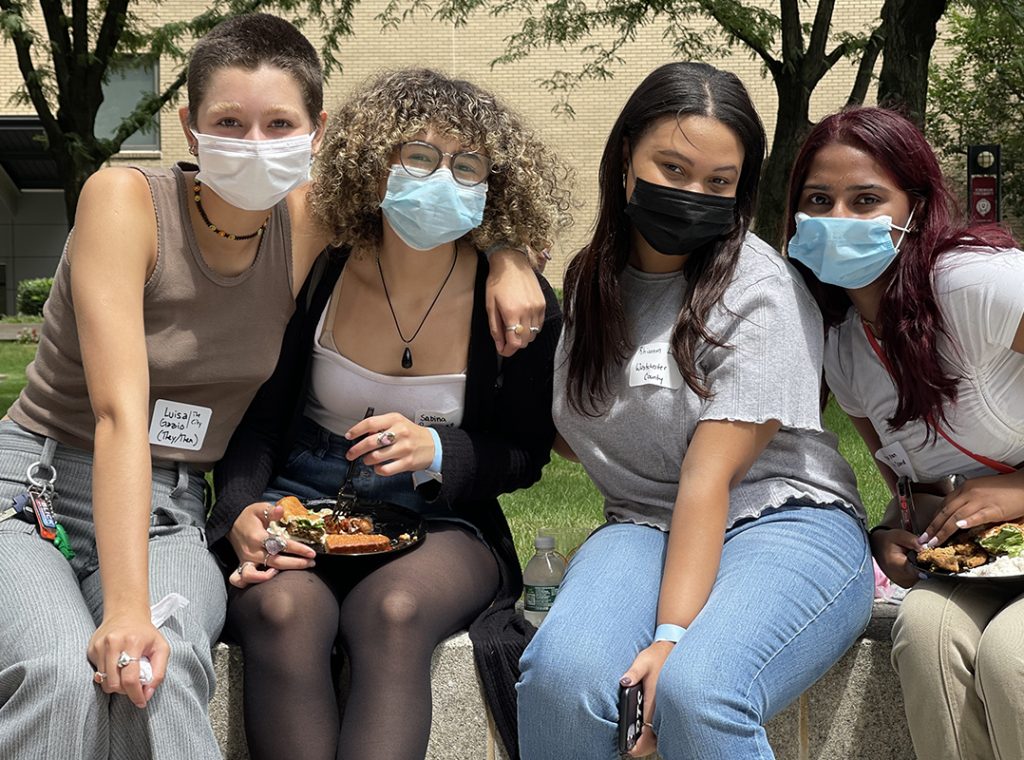