skip to main content
Return to Fordham University
You are at:Home»Colleges and Schools»Fordham College at Lincoln Center»Lincoln Center Reunion: A Gathering of Schools’ Histories

This year’s Lincoln Center reunion brought alumni from across the decades to campus on June 9 for breakout celebrations across five schools that have called Manhattan home.

In addition to commemorating each cohort, this year alumni from two of the graduate schools were celebrating a common milestone: 100 years since their founding. 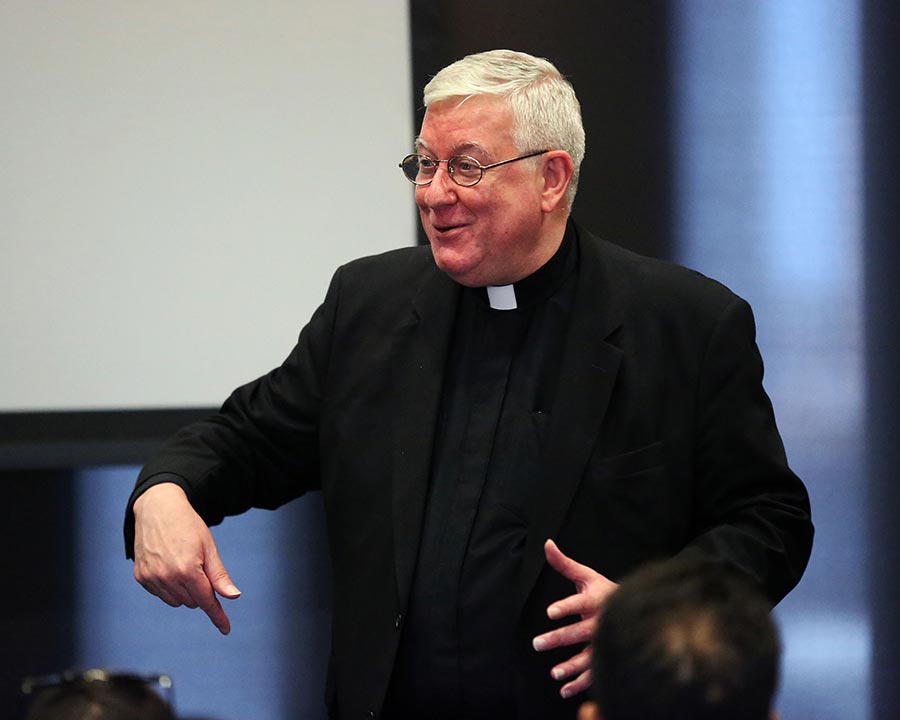 As a nod to the occasion, Robert Grimes, SJ, dean of Fordham College at Lincoln Center, opened the reunion with a special presentation about the history of Fordham’s presence in Manhattan.

Fordham—which began in 1841 as St. John’s College—had its start on the rural Rose Hill Manor property in the Village of Fordham, but plans for a city-based campus were in place from its earliest days, Father Grimes said. Shortly after the college opened, founder Archishop John Hughes invited a group of Kentucky-based Jesuits to run the school. The Jesuits agreed, provided that they could also open a downtown campus.

“We still have the original paperwork documenting the Jesuits’ discernment process about whether to stay in Kentucky or move to New York,” Father Grimes said. “The ‘pro’ for moving [to New York]was, ‘So vast and deeply populated, exercising immense and ever increasing influence over other cities and states in the union.’

“The best they could come up with staying in Kentucky was, ‘It is in the midst of a vast forest.’”

“Coming through the fence was emotional…” said Christina Trifero, FCRH ’06, GSAS ‘08. “We may not have appreciated that as much when we were here, but coming back you see it through a new lens.” Read about Fordham Jubilee and its Rose Hill reunions.
Fordham’s first location in Manhattan was an old Unitarian church across from the notorious Five Points neighborhood. The downtown college thrived, and over the years it moved to various locations in Manhattan, including Chelsea, the Woolworth Building, and Broadway between Duane and Reade Streets.

In the early 1950s, the school approached city planner Robert Moses about relocating to a structure he was building at Columbus Circle. Instead, Moses offered Fordham space a few blocks away as part of a new performing arts project.

Fordham broke ground in 1959 and was the first building completed on the property that would become Lincoln Center.

“It was pretty courageous for Fordham to move to the West Side of Manhattan at the time,” Father Grimes said. “I keep wondering what John Hughes would imagine today if he could think back to agreeing to let the Jesuits open a school in the city proper and see how much has changed over the years.”

GSS was founded in 1916 by Terence Shealy, SJ, a philosophy professor and faculty member at the Law School. Over the last 100 years, the school has grown to become one of the premier social work schools in the country. 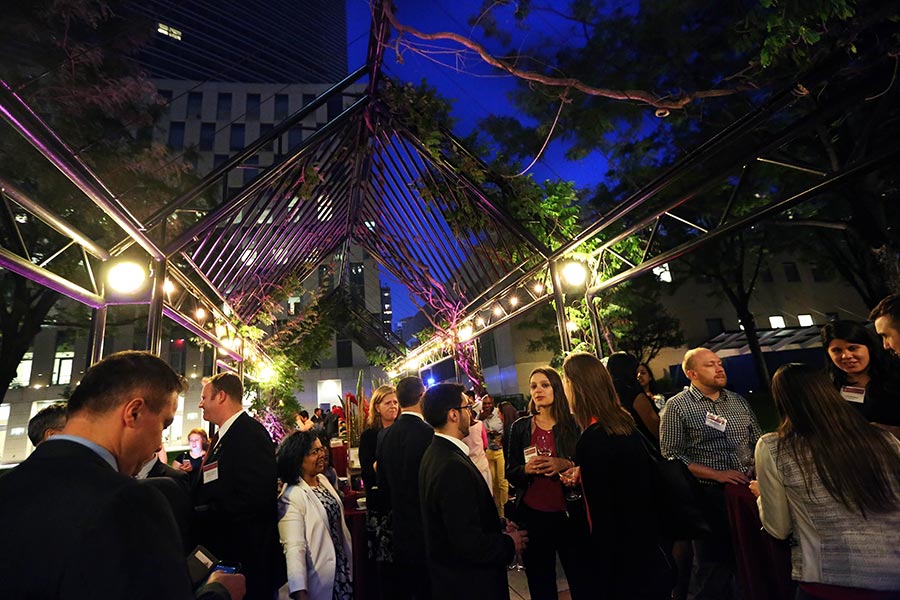 An all-school gathering on the plaza.
Photo by Bruce Gilbert

“The school was started out of a recognized need for professional social workers at a very turbulent time in the city and the country,” said Debra M. McPhee, PhD, dean of GSS. “To be the school that is about building capacity in this city—that’s our legacy and it’s still our mission.”

GSE also began in 1916 on the seventh floor of the Woolworth Building. Known then as the Teachers College, its mission was to train future educators not only in the most current pedagogical methods, but also in Catholic and Jesuit educational philosophies.

“Because of the values we espouse and live through our school, we have been able to influence the field of education,” said Virginia Roach, EdD, dean of GSE. “What we bring is a deep respect for individual students, care for the whole child or adult whom we’re working with, and a deep humility about who we work with and how we work with them and for the innate value each student has.”

Overall, the legacy of Fordham’s Lincoln Center campus has been and continues to be the camaraderie among the students it brings together, several alumni said.

“I look back with a sense of fondness on my time at Fordham,” said Tanika Cumberbatch-Torres, FCLC ’05. “I met my husband here. And I hope our daughter will go here one day.”

Cumberbatch-Torres was representing an entire family of Fordham graduates—her mother-in-law Ana Torres graduated in 2010 and her husband Johnny Torres, an administrative staff member at GSS, is a current student. Their 8-month-old daughter Emely sported her own nametag with the designation FCLC ’??.

“Fordham was the best decision I made,” said former art history student Kit Byrne, FCLC ’07. “It lets you become who you are as an individual… I knew early on that I was in the right place.”\ 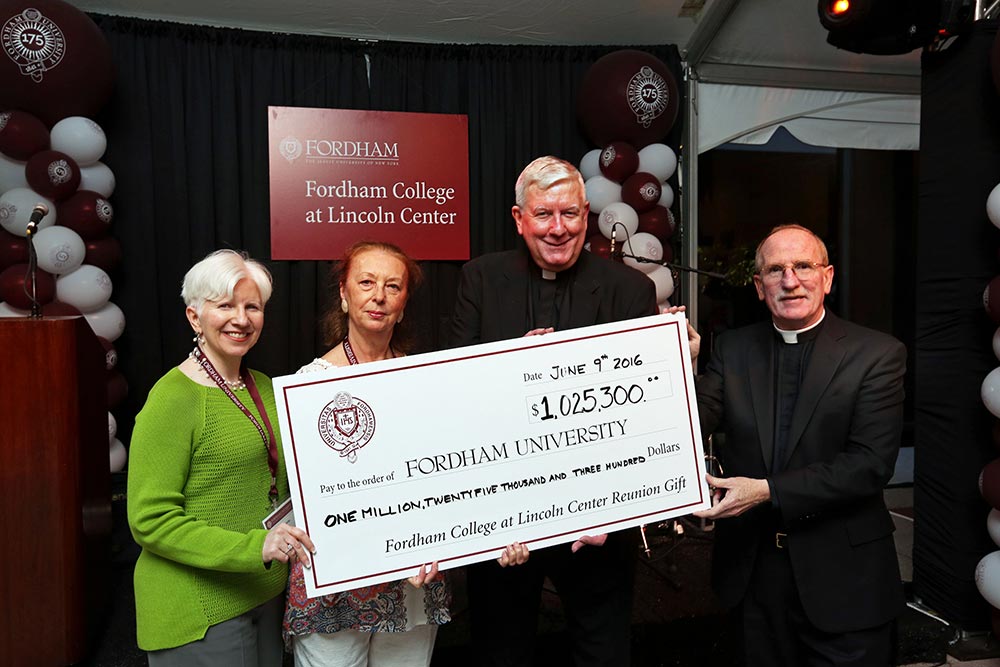