skip to main content
Return to Fordham University
You are at:Home»Campus Life»What Does the Papal Visit Mean to You? Fordham Community Speaks

(Next week, the world’s first Jesuit pope makes a historic visit to America, including a stop in New York City. Below, Fordham employees and students share their thoughts.) 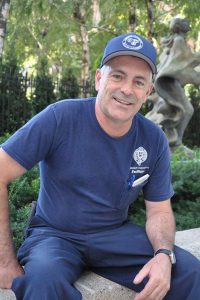 Brendan McGuinness grew up in the Bronx, and along with his four siblings, attended Our Lady of Mercy grammar school, just across Webster Avenue from the Rose Hill campus. He served as an altar boy at the church there, and although he doesn’t attend church as often as he used to, he says he still believes in God and goes to church on holidays. McGuinness said he hopes Pope Francis’ visit will be a blessing for New York City.

“He took over at a rough time in the church. He’s a humble man and says he wants to still live the humble life he’s lived. He’s not looking for everybody to cater to him because he’s the high priest. He still wants to put on his own shoes. That resonates with me, because it tells me that even in his position, he’s a normal person. Normal people don’t turn around and feel that they’re higher up than somebody, because we’re all on the same page and the same level. We’re all children of God.” 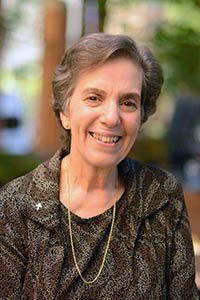 Angela Belsole calls herself a “cradle Catholic.” Raised in a strongly religious family, she attended Catholic school all through her formative years in Long Island, and graduated from Thomas More College of Fordham University in 1973. She will be seeing the Pope in Central Park next week.

“It is wonderful that the Pope is coming to the U.S. and I think it will have a positive effect not only on Catholics, but on everyone. Pope Francis has an infectious spirit of joy that is hard not to catch. His simple, joyful demeanor, his emphasis on God’s mercy, and his commitment to social justice are all attributes that are so needed in today’s world. Young people, especially, are excited by the obvious delight he takes in living a deep faith in the freedom of God’s love. I hope his visit will inspire these future leaders of our Church and the world to live and share the gospel of Jesus in the same way.”

“Much like Pope John XXIII, when he came in and started Vatican II, and the church renewed itself, I feel like with Pope Francis that is going to happen too. With his emphasis on mercy and love and care for the earth and for one another, I think we will see that renewal again.” 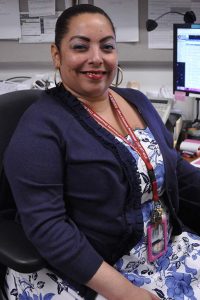 Chastity Lopez was baptized Catholic but grew up Lutheran, as her father worked as a custodian for the Trinity Lutheran Church in Sunset Park. Even though she grew up outside of the Catholic faith, Lopez is a big believer in the power of faith, and is eager to hear more about Pope Francis’ thoughts on the environment.

“After 9/11, we were all united in one cause, just trying to help everyone. And as that passed on, it changed. It’s like everyone went back to not caring about anything. I’m looking forward to seeing if him coming here can bring some kind of change among the people of New York, to bring back that common goal.

“I feel like New Yorkers, we’re so self involved in our own running to work, then running home, then running for dinner, running to pick up kids. Some of us don’t even have time for church anymore, and we need to clear our minds and focus on one thing, just to know there is some kind of hope, and something to look forward to.” 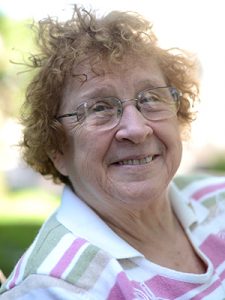 A few years ago, when the Vatican’s Congregation for the Doctrine of the Faith began an investigation of the U.S.-based Leadership Conference of Women Religious, the sisters were given the option to meet with investigators individually. Sister Kirmse chose to meet with them privately when they came to her religious congregation.

After her meeting was completed, her congregation as well as many other groups of American women religious protested the Vatican’s decision to keep the investigation results and details private.

“In America we’re not like that,” she said. “You can’t have this big study and then have it only go to certain groups in Rome. You have to tell us. Good or bad, whatever the results are, we need to know.”

Eventually the sisters got the published report. This spring, the report was put to rest and several months later the pope from Argentina offered effusive praise for the work of the nuns.

“Pope Francis said, ‘I love the American sisters,’” Sister Kirmse said. “And I thought to myself, ‘Well the investigation is now over.’”

“This pope was ratifying the work that we do. And since he is so involved with social justice work himself, and because he comes from a developing nation, he understands that we sisters are in the forefront of the ecological movement, in prisons, in social work, in education. And that’s God’s work.” 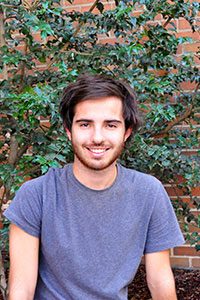 Sarmiento was born and raised in Buenos Aires, Argentina, like Pope Francis. Although he never attended Catholic school in Argentina, he was heavily influenced by Catholicism, thanks to his deeply religious family. His parents were very fond of Jesuit education. That fondness, plus a love of New York City, brought Sarmiento 5,000 miles from home to Fordham. With the Pope’s arrival to New York City, Sarmiento’s worlds seem to be coming together.

“I have immense pride because the Pope is Argentine. I’m sure Fordham feels the same pride. Going to a Jesuit school and being Argentine, I feel that we have a lot in common and I have a connection to him. I think he’s a good head of the Church because he’s humble and his actions show what he preaches. He is helping us adapt to changing times, and I can’t wait for the Pope to come to New York City.” 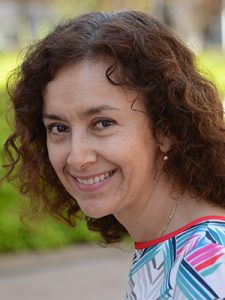 For Jaime, who has a master’s in religious education and is a catechist, the pope is Jesus’ representative here on Earth, and as such, he is a traveling teacher—just as Jesus was.

“The pope is doing exactly the same thing with his visit. He’s walking around and teaching,” she said. “Even the person who is farthest away from him will be affected.”

She cited a biblical passage of a woman in a large crowd who touched the mere fringe of Jesus’s cloak. He perceived her touch and her faith and then cured her illness.

“I know that I won’t be close. But that light that comes with the pope represents Jesus. A look from the pope, it is through the light of Christ,” she said. “So it doesn’t matter where you are because knowing that he’s nearby is enough.”

Clare Deck, senior at Fordham College at Rose Hill and an intern at Spiritual Retreat Ministry 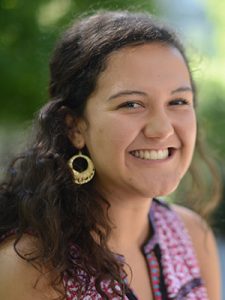 Deck remembers the excitement on campus when Francis was named pope. She said Father Phil Florio made sure that students understood they were part of the Jesuit family and that the pope’s election was a big deal for them.

“I’ve never been so interested in the pope as a figure,” she said. “But now he’s someone that I’m actively seeking articles about and looking for news about.”

The primary change that Pope Francis has brought to the church, she says, is “perception.”

“It’s great that we have someone who’s able to change how the whole world looks at the church and at Jesuit traditions, not only for people of faith but for anybody interested in the basic values he holds.”

“This guy is showing that the church isn’t this huge scary thing. He’s humanizing it, and that’s really awesome.” 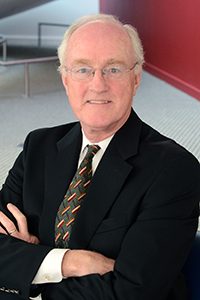 Pope Francis will be the fourth pope that Reilly has seen on American soil. Reilly was in high school when Pope Paul VI came to New York in October of 1965.

“We all stood out on the street and watched him drive by,” said Reilly, a devout Catholic and a double Fordham graduate (FCRH ’72 and LAW ’75). “Then, when John Paul II came [in 1979]—I was practicing law at the time—I went to the Mass at Shea Stadium. And when Benedict XVI was here [in 2008]I got a ticket to the going-away service held at Kennedy Airport.”

Fortunately, Reilly’s run will continue with Pope Francis, who he says “exudes joy and is a face of compassion.” He and several volunteers from the Feerick Center will attend the Mass at Madison Square Garden on Sept. 25.

“A few months ago, the Archdiocese of New York was merging several of its parishes, and we were brought in as volunteer mediators to facilitate some of the more difficult cases,” Reilly said. “In thanksgiving for our work, Timothy Cardinal Dolan invited us as his guests to the pope’s Mass.” 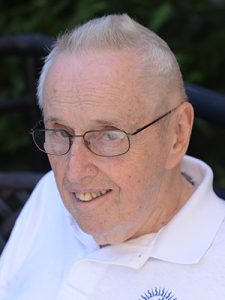 After 66 years as a Jesuit priest, 85-year-old Father Smith, a retired mathematics professor, recognizes the pope’s Jesuit qualities better than most.

“He’s countercultural actually,” said Father Smith. “The type of life we Jesuits live: this life of celibacy, and poverty of a sort, and obedience, it’s not for the generality of man.”

“The pope’s visit will have a good effect on people, especially the disenfranchised Catholics,” he said. “Take all of this stuff about divorced Catholics. Rather than give stern answers to problems, use your mind and see where people can be given a break.”

But while most Americans will be welcoming, of the pope, the more conservative Americans might not be as happy, he said.

“He doesn’t stay behind rituals and ceremonies and it’s not an act. He’s really concerned about people and their needs, and as a Jesuit he’d be open to changes. His norm is ‘What does God want me to do?’”

“He doing it all because he sees this how the Lord wants him to make his contribution to the world. And what a job! He’s not going to change principles, but he communicates them with real sense of caring. To use the a Jewish expression: He’s a real mensch!”