An injured red-tailed hawk rescued from Fordham’s Rose Hill campus on July 30 has died, according to wildlife rehabilitators, who say a necropsy will be performed to try and determine the cause of death.

The New York City Police Department was called to the Rose Hill campus Friday morning to help rescue one of the campus’s red-tailed hawks, which was injured near Duane Library. Officers had to wear protective gear to shield themselves from the bird’s mate, which was not allowing anyone to get close to its injured counterpart. We’d like to thank Ken McCarthy of Fordham Security for sharing some pictures of the scene. 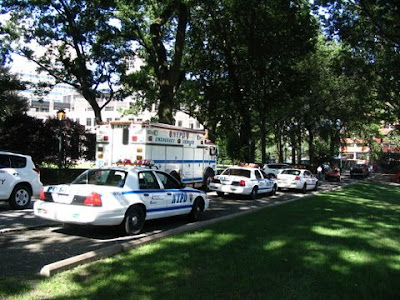 Emergency Services parked near the library 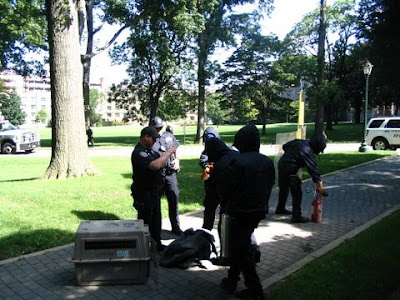 Officers gathered around the bird 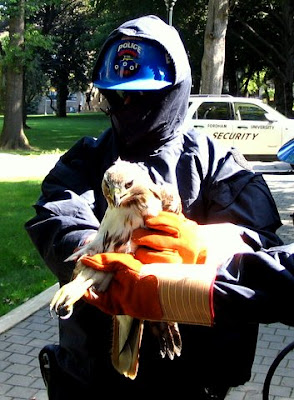 Officers preparing to put the hawk in a cage 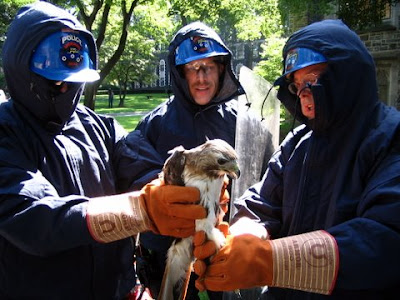 The officers had to be careful to avoid the bird’s talons.