On Oct. 3, representatives from five of the most innovative companies in the world came to Fordham to give students a peek into the ways they constantly reinvent themselves.

Part of the second annual American Innovation Conference held at the Lincoln Center campus, the company presentations were followed by an awards ceremony that honored the top social innovators from the American Innovation Index, the only survey in the U.S measuring company social innovativeness based on customers’ experiences. It drew students and faculty from both Fordham and elsewhere.

The survey was launched last year by the Gabelli School of Business, the Norwegian School of Economics, and market research firm Rockbridge Associates. The top five companies in this year’s survey were Apple, Honda, Weber, Toyota, and Amazon; on Thursday, students heard from representatives from Toyota, IKEA (sixth on the list), John Deere (13th), Stanley Black & Decker (17th), and Aflac (18th).

Lerzan Aksoy, Ph.D., a professor of marketing at the Gabelli School of Business, said the rating is meant to provide value to companies, because the ones that are viewed by their customers as socially innovative achieve unique advantages in loyalty and word of mouth that ultimately contribute to long-term marketplace success.

“Because the Social Innovation Index is based on customer perceptions, it has a high level of objectivity and market validity,” she said, adding that when it’s used along with internal-metric evaluations, it can help provide a fuller picture of a company.

Brian Kiser, a vehicle product training specialist at Toyota, said his company stays innovative by following the two pillars of “The Toyota Way”: Kaizen, which is Japanese for continuous movement, and respect for people. The firm, which views itself as a mobility company, is particularly proud to be a leader in the production of electric vehicles, and Kiser said it plans to make an electric option available on every one of its cars by 2025.

He also predicted the company’s new Guardian accident avoidance system will help prevent collisions. The system, which will be available next year, detects potentially dangerous situations and “amplifies” human control, to prevent, say, a teenage driver from over-steering while avoiding an obstacle.

“Guardian coordinates the skills and strengths and the machine. The joy of driving is still real though as it’s an inherent and important part of the experience,” he said. 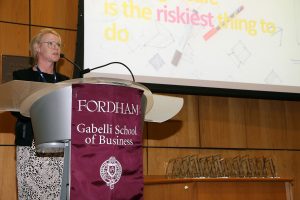 Maria Møllerskov Jonzo, a customer experience knowledge and insight leader at IKEA, said that her firm operates from the understanding that 80% of its customers’ satisfaction comes from their experience shopping for an item, while only 20% comes from the actual product. Since city dwellers are the company’s largest growing customer base, IKEA has begun opening outposts within city centers that are much smaller than the nearly 400,000 square foot big box stores it has traditionally occupied.

Most important, she said, is to listen more to customers, understand their experience, follow up, and act on their complaint. As she explained this, Jonzo displayed a screenshot of a complaint from a real customer, with certain sections highlighted to show where the company could learn valuable lessons.

“When we listen to the customer, we can actually know what’s going on, because they will tell us everything,” she said.

Mark Moran, director of technology and information center at John Deere, framed the 182-year-old agricultural, construction, and forestry machinery company’s mission as a simple one: Feed more people with better food. Two-thirds of its business comes from the agricultural sector, and it’s been able to innovate through a fervent embrace of technological breakthroughs. For instance, its most advanced tractors are capable of using GPS to determine where they are, down to the inch, even though GPS was not originally designed to be that precise. That enables the company to do things like deploy artificial intelligence to differentiate individual weeds from plants, and then spray only the former.

The company has also spent $1.8 million on its “Dollar for Doers” program, which provides funds to charitable groups that employees choose to volunteer for, he said. It all ties into the company’s ethos of “doing things right, and doing right for all of our constituents,” said Moran.

Buffy Swinehart, senior manager of social purpose at Aflac, drew oohs and awws forth from the crowd when she showed off the insurance company’s therapeutic robot ducks, 5,700 of which it has sent to hospitals around the country. The ducks are designed to provide comfort and entertainment to children who are undergoing treatment for cancer. Cancer insurance was the first product the company offered, she said, and in the last 24 years, it has committed $136 million to research on pediatric cancer. Aflac and the firm it partnered with spent 18 months interviewing 82 patients about what needs a duck could meet; its unveiling represents a new way of helping a vulnerable population.

Mark Maybury, chief technology officer at Stanley Black & Decker, offered a personal note of thanks for his company’s award, noting that former Fordham professor Raymond Schroth, S.J., FCRH ’55, married him and his wife 34 years ago. Like John Deere, he noted that his firm has a long history of evolution, and although it still makes iconic brands like Craftsman tools, it has also branched out into areas such as electronic tags that identify newborns and their mothers to ensure they don’t get separated. The secret to innovation, he said, is to observe carefully, listen deeply, think outside the box, and experiment with purpose.

“I think it’s critical to recognize that the Ignatian philosophy of being men and women for others is embedded in the social good that’s a focus of these awards, and it’s particularly humbling to be recognized not only as an innovative company, but also one that’s dedicated to the social good,” he said. 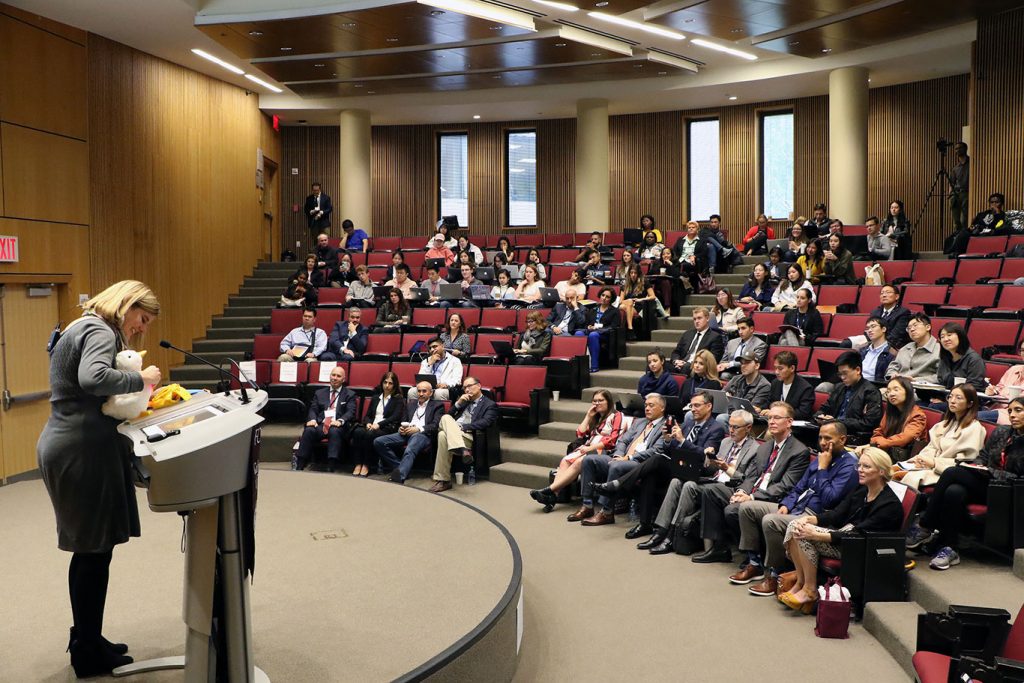