skip to main content
Return to Fordham University
You are at:Home»Business and Economics»To Fix Obamacare, Recruit the Healthy 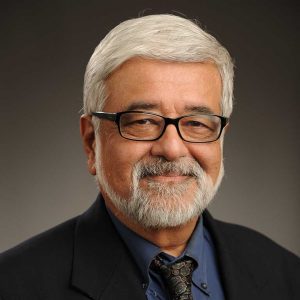 The future of the Affordable Care Act, aka “Obamacare” which was signed into law in 2010, is in doubt today, as Republicans who control both houses of Congress have begun the process of repealing and replacing it.

To get a sense of what this means for the future of healthcare in the United States, we sat down with Falguni Sen, Ph.D., professor of management systems at the Gabelli School, and head of Fordham’s Global Healthcare Innovation Management Center.

Patrick Verel: What do you make of the effort underway to repeal and replace the Affordable Care Act?

Falguni Sen: I was very gratified to hear our president-elect say that everyone’s going to be covered, there’s going to be insurance for health care for all, and that it’s going to be cheaper and better. How can one argue against that? What I’m concerned about is that in trying to do that, we may come up with a plan that is very expensive for some, for instance, those who had pre-existing conditions, and that your premiums based on this different what they call risk pools. We keep talking about the Affordable Care Act in terms of insurance access to people, but originally the Act was called Patient Protection and Affordable Care Act in order to bring in a patient-centeredness and an integrative approach to patient care. That’s already in place and I do not see any reason why that will change.

Patrick Verel: What would you say is the biggest risk to making changes to the law right now?

Falguni Sen: I think the biggest change right now is the transition period. There are far too many uncertainties. Economic growth may get affected if people suddenly feel that their health care … They’re unsure about their coverage. The good part of it is that everyone now knows that even in a Republican controlled administration, the fact that people deserve health care has become part of the conversation.

Patrick Verel: So, what changes do you think need to be made to make the law work better?

Falguni Sen: I consider a failure in the insurance part of it is that the healthy adults who are uninsured did not go in and get insurance. What that has done is that it has made the pools much riskier, thereby creating a much higher than anticipated cost to the insurance carriers than what would have happened if the healthy adults had also got into the pool.

It might sound strange to say this, but I think the primary change that needs to be made is to figure out how to reduce the risk to the insurance carriers by making sure that healthier people get into the pool.