skip to main content
Return to Fordham University
You are at:Home»Business and Economics»Robert Rubin Speaks to Students on Economics and Policy

The former Secretary of the U.S. Treasury said the nation is in better shape that it was during the 2008 recession and that the economy has great potential for growth.

Robert Rubin, who served as treasury secretary during the Clinton administration, said he “would invest in the United States over any other country in the world.”

“We have enormous strengths— a dynamic society, great natural resources, a deeply embedded market based economics system and better demographics than China, Japan, and the Eurozone,” said Rubin. 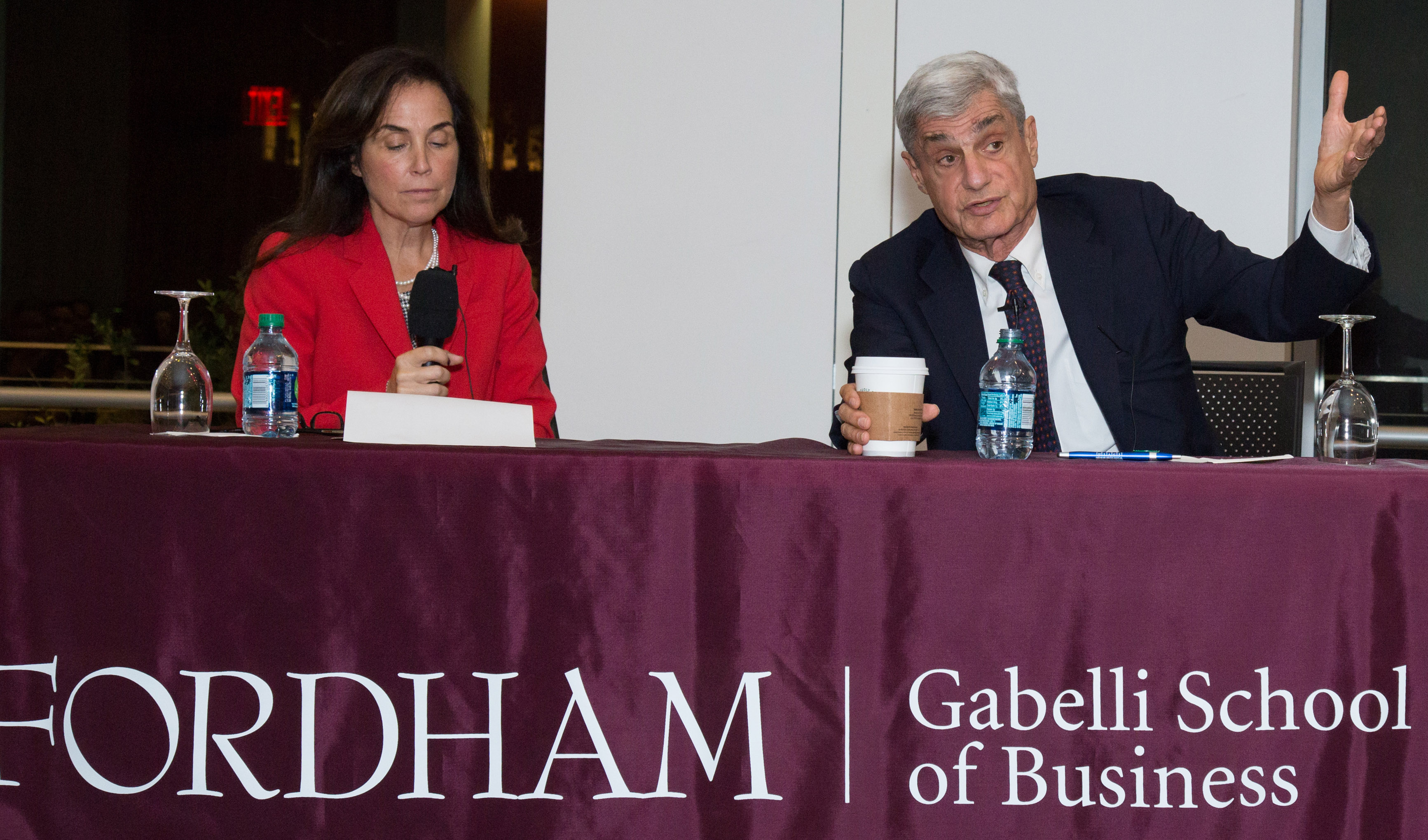 Rubin and Gabelli Dean Rapaccioli on the panel

However, he cautioned that in order to realize that potential, “we need to act; our political system has to work.”

Rubin spoke at an Oct. 17 event titled “U.S. Economy: Policy and Governance Challenges,” a Q and A-styled panel sponsored by the Gabelli School of Business and hosted by Gabelli School Dean Donna Rapaccioli, Ph.D. He answered questions from students, faculty, and alumni on topics ranging from inflation to debt to a potential decrease in the standard of living to global economics.

Throughout the event, he stressed the importance of fixing the American political system. One of his suggestions was to use social media in a constructive manner to engage the everyman in the political process.

“Interactive social media is a way to reach out to the middle-income worker from the center of the country,” he said. “They need to become part of the political process and committed to [making]the government work.” 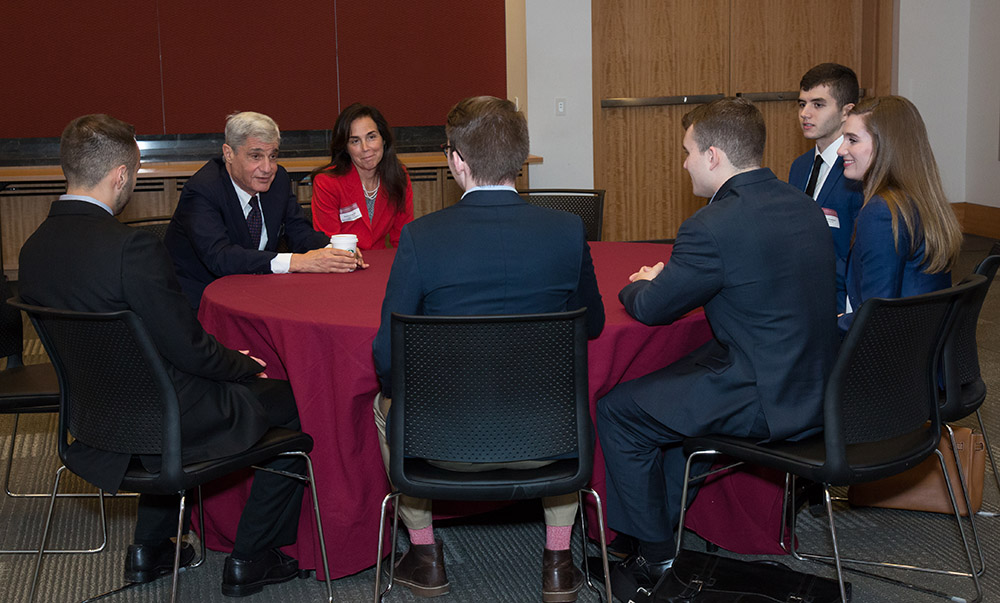 Rubin meeting with students before the event

He expressed faith that the nation can be successful, but said he is skeptical that anything productive will happen during the next few years.

“We need to get people into office who will actually make change,” said Rubin. “But our country has made running for office . . . a terrible experience.” That is one reason, he said, why it is so difficult to get things done.

Rubin began his career in finance at Goldman Sachs and became the first director of the National Economic Council, an agency created during the Clinton administration, during his time as Treasury secretary. He serves as co-chairman of the Council on Foreign Relations, as a member of the board of trustees of the Mount Sinai Health System, and as chairman of the board of the Local Initiatives Support Corporation.

The arising economic challenges can be confronted and handled, said Rubin, with a more effective Congress.

“My worry is that, instead of facing these challenges now while they are still under our control, the government will face them when they’re forced too,” said Rubin. “And by then it’ll be too late.”