skip to main content
Return to Fordham University
You are at:Home»Business and Economics»Professors Weigh In on the ‘Comedy and Tragedy’ of GameStop Wall Street Saga

On Jan. 27, a social media site, a video game store, and a somewhat arcane Wall Street trading technique collided so spectacularly, the result was possibly the single largest involuntary transfer of wealth in the history of free markets.

On Feb. 3, four professors of finance at the Gabelli School of Business came together to try to make sense of it all.

The webinar, which was moderated by Gabelli School Dean Donna M. Rapaccioli, Ph.D., delved deep into the vagaries of the stock market that led to the GameStop saga, from call options to delta hedging and gamma squeezes. There was also discussion about whether the meteoric rise of GameStop’s stock price, which was driven by members of the Reddit forum r/wallstreetbets, was a one-off event or the start of a trend of market disruption.

From a historical perspective, it was unprecedented. On Jan. 15, Mirabile noted, approximately 62 million shares of GameStop shares were sold short, which occurs when an investor borrows stock shares and sells them on the open market, planning to buy them back later for less. This was unusual because the company only has 70 million shares, and normally only 5 to 25% of a company’s shares are sold short at any point in time.

Because prominent hedge funds such as Melvin Capital had taken a position that the stock would decrease, they lost billions when investors such as Reddit followers of r/wallstreetbets drove the price to an astronomical $483 a share on Jan. 28. 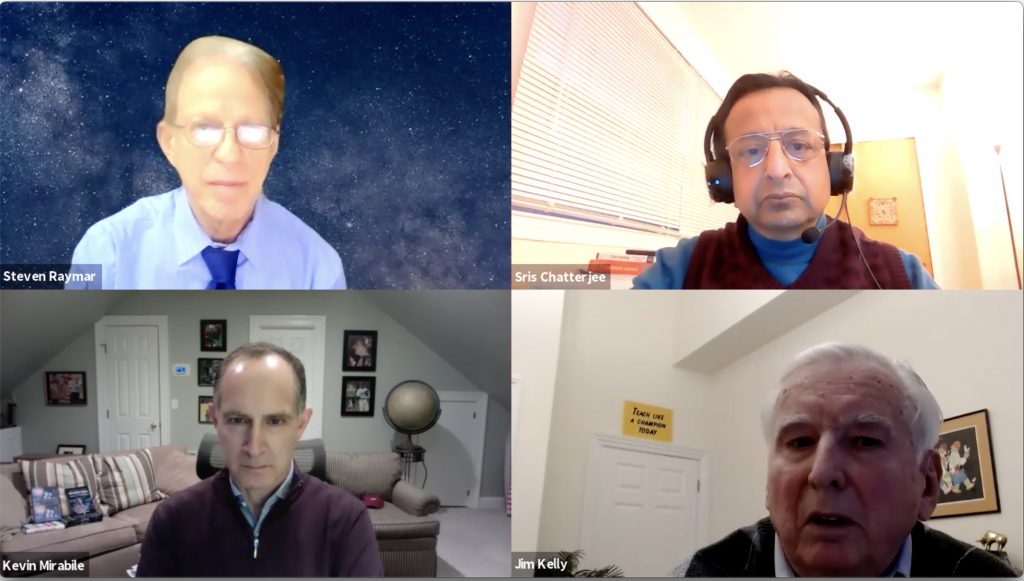 The story took another turn when Robinhood, the free app that the Redditors had used to make the trades, suspended trading in GameStop, enraging retail investors.

“Is it best for investors? Who would it penalize? Some of the free thinkers in Reddit? Just think how that would play out when everyone understands how courts as high as the Supreme Court have essentially made it impossible to prosecute insider trading,” he said.

Kelly said the chaos reminded him of a section of the book Pitch: The Perfect Investment (Wiley, 2017) where the authors note that the wisdom of the crowd can be transformed into madness when there is “a lack of diversity or independence of the participants.”

“What we have observed is both a bubble and a crash in GameStop over the past few weeks, caused by the madness of crowds. The Redditors are nothing more than speculators. They are the polar opposite of investors, which is what we teach our students to become at Fordham,” he said.

Mirabile pinned it on “a failure of the imagination.”

“When the Wall Street analysts were saying that the price of the stock was $14 a share, [hedge fund managers]perceived that the risk of new buyers entering the market was next to zero. What they failed to consider was that retail investors [using Robinhood]could act as a block, not as individuals,” he said.

Ultimately, Chatterjee said this is a warning that leaders should take seriously the genuine anger Americans have for the current status quo. He noted that just 10% of Americans control 80% of the market wealth, so it’s not surprising that the average American is not benefitting from the market.

“We all need an orderly capital market, but unless we’re able to convince everybody that this is to everybody’s benefit, we’re going to see more acts of ‘rebellion.’ The fact that we are having disruptions in the market, going back to 2008, means we are seeing the system show cracks,” he said.