skip to main content
Return to Fordham University
You are at:Home»Business and Economics»Media Clip of the Week: Father McShane in Crain’s New York 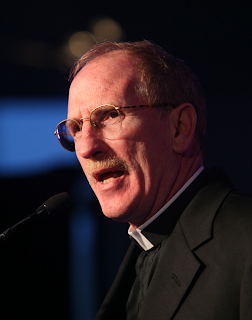 The leaders profiled “play a critical role in the city’s culture and economy,” it said in the Oct. 14 issue.

“Under its president, the Rev. Joseph McShane, 64, Fordham is in the middle of a $1.6 billion, 25-year effort to expand its Bronx and Lincoln Center campuses. It is part of a larger strategic plan to raise the rankings of its graduate programs, attract a more national and international student body and turn the 172-year-old institution into the country’s pre-eminent Catholic university.

“We want to be a destination for the brightest kids in the country, Catholic and not,” Father McShane said.

The article pointed out the “growing allure” Fordham’s location in the heart of New York City.

“Our mission is to graduate students who are going to be the leaders in American society, and New York is a laboratory that makes it possible for us to deliver on that promise,” Father McShane said. “Notre Dame has the money and the name. I’ve got New York City.”

Read the piece here (subscription may be required) or pick up the issue in news stands.