skip to main content
Return to Fordham University
You are at:Home»Business and Economics»GBA to Host NYC Chief Digital Officer at TimesCenter 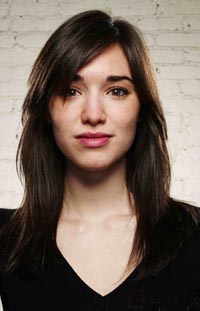 As the namesake of one of the world’s top media and technology companies, it’s not surprising that Mayor Michael Bloomberg ushered in several tech innovations at City Hall. Chief among them was the creation of the Digital Roadmap in 2011, which has been overseen by Chief Digital Officer Rachel Haot.

Next week, the Fordham Graduate School of Business Administration will host a talk with Haot at the TimesCenter in the New York Times building on Wednesday, February 20 at 6 p.m. The conversation will launch GBA’s Digital Media Disruption Lecture Series and will be moderated by Athan Stephanopoulos, CEO and founder of GorillaSpot Media, and an adjunct professor in the Communications and Media Management Program at GBA.

“We’re in the second most active tech community in the nation,” said Stephanopoulos. “The convergence of technology and media is disrupting a lot of industries, including the academic industry. This series will give students and the public a chance to participate in the dialogue.”

Stephanopoulos said subsequent lectures would build on the Media Week event, with smaller lectures given throughout the year, and two keynote lectures to be given in the fall and in the spring.

Haot will discuss the city’s strategy to engage New Yorkers in the digital realm, as well as how the administration is partnering with the thriving tech sector. Currently, the city’s digital audience comprises more than 5.4 million users tuning in to more than 200 social media feeds.

As an official participant in Social Media Week, the talk is slated to be streamed live at http://bit.ly/UZXMla.

You can reserve a seat by clicking here, or follow the event live with @DMdisruption, @fordhamnotes, @Stephanopoulos on Twitter at #smwdigitalmediadisruption.