skip to main content
Return to Fordham University
You are at:Home»Business and Economics»Fordham Mourns the Loss of William “Bill” Filonuk Jr.

William “Bill” Filonuk Jr., FCRH ’77, GBA ’83, a committed advocate for the Fordham Schools of Business, died on May 25 after a brief and sudden illness. He was 58. 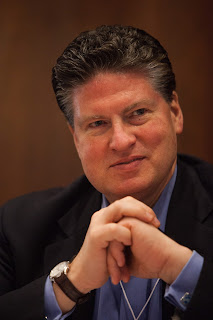 “He was quite a force,” said David Gautschi, Ph.D., dean of the Fordham Graduate School of Business Administration (GBA), where Filonuk served as first vice chair of the Board of Overseers. “Over the three years that I’ve been here his interests have really expanded.”

A managing director at BNY Mellon, Filonuk lent his considerable expertise to several GBA projects, helping to launch the Fordham Innovation Fund and taking an active role in GBA’s career services. He served as an adviser to the school’s quantitative finance program and arranged for internships for some of its students at BNY Mellon. In 2012, he helped lead a group of quantitative finance students in a research study that was published in the Journal of Fixed Income.

Filonuk spent three decades at BNY Mellon, including six years in Brussels. He brought a global perspective to his work on the internationally focused Fordham Consortium and was active on the Fordham Wall Street Council. He also supported the work of the entrepreneurship programs at the undergraduate Gabelli School of Business and brought BNY Mellon executives into the activities of GBA’s Fordham Accelerator for Business.

A Connecticut resident, Filonuk earned his bachelor’s degree in mathematics from Fordham College at Rose Hill in 1977 and his M.B.A. in finance and economics from GBA in 1983. He met Fordham Trustee Ed Stroz, GSB ’79, through his service on the GBA Board of Overseers, which Stroz chairs. The two had lunch together a few weeks after meeting.

“We ate at a French restaurant in Manhattan, and Bill impressed me as he spoke fluent French with the waiter,” Stroz said. “GBA benefited greatly from Bill’s contributions. He was a perfect gentleman in his manner with people, and he was a true executive in his approach and the rigor he brought to our work.

“He wanted to give something back to Fordham, and to assist the people he knew he could help,” Stroz said. “I will miss him greatly, and so will Fordham.”

“This man was gentle, caring, generous with his time, very, very smart and thoughtful, and probably one of the most gracious people I’ve ever met,” he said. “We’re very interested in doing what we can to keep his spirit alive.”

In honor of their colleague, the Board of Overseers, the administration, faculty, and staff of the Graduate School of Business Administration have established the William Filonuk Jr. Memorial Scholarship at Fordham GBA. Those who wish to contribute may do so at www.fordham.edu/onlinegiving (Select “Graduate School of Business Administration” and “GBA Annual Fund” from the drop-down menus. Under “Additional Gift Instructions,” please type “William Filonuk Jr. Memorial Scholarship.”). Checks may be made out to Fordham University/William Filonuk Jr. Memorial Scholarship and mailed to Mary Ann Routledge, Director of Development, Graduate School of Business Administration, Fordham University, 888 Seventh Avenue, 7th Floor, New York, NY, 10019. For more information, contact Mary Ann Routledge at mroutledge@fordham.edu or 212-636-7184.

Filonuk is survived by his wife of 35 years, Susan Elizabeth Filonuk; his son, David T. Filonuk, of Pittsburgh, Pa.; his father, William Filonuk Sr.; and his brother, James Filonuk, James’ wife, Jo-Anne, and their children. A memorial visitation will be held on Monday, June 3, from 4 to 8 p.m. at the Hoyt Funeral Home, 199 Main St., New Canaan, Conn.