skip to main content
Return to Fordham University
You are at:Home»Business and Economics»Conference to Highlight Country’s Most Innovative Companies

What do Apple, Chick-fil-A, eBay, John Deere, Southwest Airlines, and Trader Joe’s all have in common?

According to the newly unveiled American Innovation Index, (AII) each company has earned a reputation for being innovative from the ultimate authority: customers.

On Tuesday, Oct. 16, the Gabelli School of Business will host a daylong conference dedicated to exploring how these companies manage to constantly stay ahead of the curve. In addition to a keynote presentation by Malcom Frank, author of What To Do When Machines Do Everything: How to Get Ahead in a World of AI, Algorithms, Bots, and Big Data (Wiley, 2017), the conference will feature a panel discussion with senior executives from Southwest Airlines, Goodyear, Amazon, eBay, and John Deere.

Lerzan Aksoy, Ph.D., associate dean of undergraduate studies and professor of marketing at the Gabelli School, said the index, jointly created by Fordham, the Norwegian School of Economics, and market research firm Rockbridge Associates, is the first large-scale, scientifically vetted survey in the U.S. that measures a company’s innovativeness based on customers’ experiences. 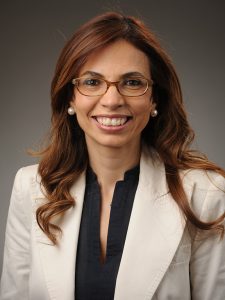 “There are a lot of innovation indices out there. Most of these rely on macroeconomic indicators, or self-reports from managers or experts. But none of these indices gauge innovativeness from the customer’s perspective.  The American Innovation Index is the only national measure of customers’ perceptions of innovation,” said Aksoy, who helped develop the methodology for measuring customers’ responses.

The survey, which was conducted in May, gathered the input of 7,429 consumers, and resulted in a ranking of 200 companies. The top 10 brands were Apple, Amazon, Ikea, Toyota, Netflix, Honda, John Deere, Southwest Airlines, Airbnb, and Samsung.

Aksoy said one of the biggest surprises was the dearth of technology companies among the high scorers. Apple and Netflix were the only ones to crack the top 10, while Google placed 19th, Facebook was 56th, and Twitter ranked 63rd.

“When we traditionally think about innovation, we think about technology, but it’s so much more than that. It’s about how you innovate in your industry. Maybe you break the boundaries of what your industry is, like Amazon, which is number one in the general merchandise retailer category,” she said.

“Or maybe you’re IKEA, which is innovative in getting affordable solutions that are also great designs into people’s homes. They’re also very environmentally conscious and socially innovative as well. It’s also about how you innovate when it comes to serving your customers and their needs.”

In addition to an AII rank, the survey also measured the degree to which companies are perceived to innovate in ways that benefit society and the environment. That Social Innovation Index (SII) score was calculated based on how customers answered three questions: How do a brands’ offerings benefit society and the environment, how much of a priority is it to the company, and how routinely does the company unveil innovative solutions to social and environmental problems. Four of the top 10 companies in the AII index were also given high marks for social innovation. John Deere, for instance, took the top spot for SII; Southwest Airlines and Ikea also scored high.

Aksoy said the survey provides a template for anyone in business who wants to be innovative, whether they’re in the C-suite, marketing, or research and development.

“I think it shows that it’s not just this one single department who is responsible for innovation, but it’s the entire organization working together to send that message,” she said.

It reinforces the importance of communication, because while the top-rated companies might be inherently innovative, this survey says they are also perceived that way by customers, she said. Aksoy said the concept of a socially innovative company is also something firms are increasingly embracing.

“It’s not just about giving to a charity; it’s about changing the DNA of your organization and the way that people think about these problems. That’s another very important lesson to be learned from this sort of an index,” she said.

“Finally, I would say it’s helpful for students who are just starting their careers. How do you pick where you’re going to work? What organizations fit who you are and the kind of an impact you want to have in the world? This is a great showcase of some of the best companies in America.”

To register for the conference, visit the American Innovation Index website.