skip to main content
Return to Fordham University
You are at:Home»Business and Economics»Business Students Explore the Safety Ethics of Self-Driving Cars

An autonomous self-driving car by Google could revolutionize transit as we know it, making transportation both safer overall and more accessible to those who cannot operate a vehicle.

But there’s a catch, say students at the Gabelli School of Business: No matter how safe they are, driverless cars cannot be truly accident-free.

And in the event of a serious accident, whom should the car be programmed to save?

Sponsored by the business school and the Center for Ethics Education, the case competition tasked 12 teams of undergraduates with analyzing a real-world ethical dilemma and devising a solution that was legal, financially sound, and ethical.

“Hardwiring Ethics” undertook the difficult task of finding such a way for Google and other driverless car manufacturers to anticipate these potentially life-or-death decisions.

“Today, in the moments when an accident is happening, we react based on instinct. But instinct isn’t something the self-driving car will have,” said Garlick, an applied accounting and finance major.

“In 99 out of 100 cases, the self-driving car should be able to see a kid that runs out into the road ahead of time and react accordingly. But in that 1-in-100 chance that the car can’t avoid an accident, it’s going to have to make a decision about who it will protect and who it won’t.”

These implications are enormous, Garlick said. Should Google primarily protect the passengers in the car at the expense of pedestrians or other drivers? Should the car prioritize the safety of children in the car, or should all parties be weighted equally? 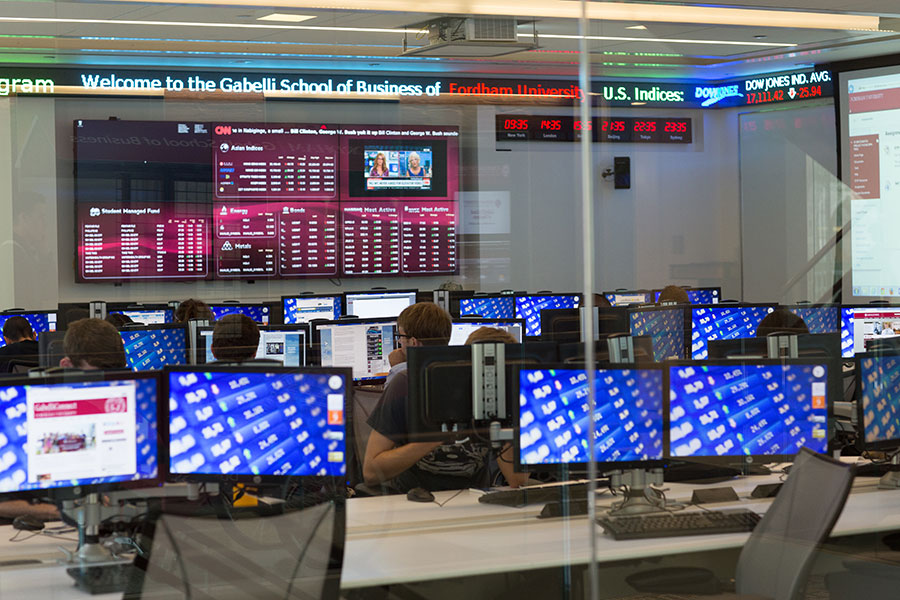 The team reasoned that because the cars are allegedly safer than human-driven cars, Google has to first make sure that people actually buy the cars, which could be on the market as soon as 2017. Programming the cars to prioritize passenger safety—as opposed to anyone outside the car—will create consumers’ trust, which has so far been Google’s main marketing challenge.

Once these cars are the norm, it will become general knowledge that, in the unlikely event of accident, the car will protect its passengers first and foremost. And if the public understands that a driverless car may not stop if it does not see a pedestrian in time, pedestrians will take greater care when they are near roadways, Garlick said.

The team also found legal precedent for this utilitarian (“greatest good for the greatest number”) argument via a 1980s case that placed a limited liability on vaccine manufacturers. According to the ruling, even though some people may have adverse reactions to vaccines, the societal benefit of vaccines outweighs the potential harm done to that small number of individuals.

“This doesn’t mean that the vaccine manufacturer couldn’t be sued if they were negligent,” Garlick explained. “But if, for instance, the vaccine protected one million people but one person died as a result of being vaccinated, the manufacturer could not be sued for that one death. The idea for Google would be to get similar protection.”

Ethics and social responsibility in business

“The goal of business school is to teach students to be good decision-makers in any area of business they go into,” Alzola said. “Being a good decision-maker is not just about having good technical skills, but about understanding your professional and social responsibility when your decisions have an impact on millions of people.”

Garlick, Schmitz, Cinkova, and Teske will face off next week with undergraduate and graduate students from around the world at IBECC. The third annual competition aims to teach students that it is possible to both act ethically and do business profitably.

“They have a fascinating topic and an excellent presentation,” Alzola said about the “Hardwiring Ethics” team. “I am very enthusiastic about their prospects in the international competition.”