skip to main content
Return to Fordham University
You are at:Home»Business and Economics»Business Professors Publish Tool for Training Public Speakers 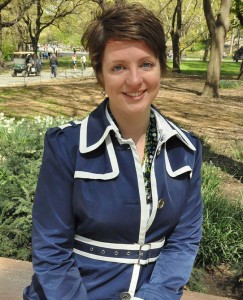 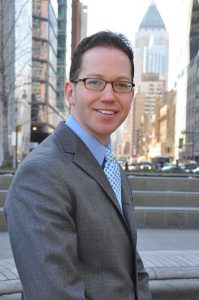 If you’re no good at communicating, you’re going to have a rough row to hoe in business, regardless of how good your ideas are.

The idea behind the simulation as final exam is simple, said Drury-Grogan: Essays and multiple-choice exams are of little use when it comes to communication.

“We never sit in our offices in a conflict with our manager and say ‘Hmm, what was the answer that I wrote on that exam?’ or ‘What was the answer on that multiple choice exam?’ It’s all about how you respond in the moment,” she said.

From an initial pilot of two classes of roughly 25 to 30 students, the class has since expanded to the entire sophomore class of 450 to 500 students at the business school. And now Drury-Grogan and Russ are making the simulation available to an even larger audience.

The Leadership Communication Lab: A Contemporary Business Simulation (CreateSpace Independent Publishing, 2014) provides everything a facilitator would need to conduct a two-hour simulation that tests participants’ leadership abilities in a fast-paced and high- pressure work environment.

Of the eight, Drury-Grogan said crisis communication tends to be the toughest, as the student plays the role of a senior level executive at a firm whose CEO has been accused of insider trading. The facilitator plays the role of a CNN reporter who is asking negative questions, in their face, and extremely persistent.

“They’re thinking in the moment, ‘I need to respond, but I don’t want to say the wrong thing or give too much information from a legal perspective.’ But the CNN reporter is very good at pushing my buttons, and I have to keep my emotions at bay,” she said.

Stakeholder communication is also challenging, she said, because students tend not to be familiar with the myriad aspects of a large company. The simulation pushes them to think about everyone from the customer, internal employees, and senior employees, to the general public, shareholders, and the media.

Students tend to do better with mediated communication because they’re already so comfortable with translating information into content that can be tweeted.

Drury-Grogan said they hope companies use the simulation to train employees.

“Let’s say they want to talk about having their employees face crisis. When AIG went bankrupt, for instance, there was a huge push in that organization about what could you say, what couldn’t you say, how much could you say,” she said.

“So this type of simulation is something that an organization can use.”