skip to main content
Return to Fordham University
You are at:Home»Business and Economics»Alumni Spotlight: Leading Northern California One Step at a Time

Mark Di Giorgio, GSB ’87, GBA ’93, a vice president and senior financial analyst in the finance group of U.S. Trust, Bank of America Private Wealth Management, is also the president of the Fordham Alumni Chapter of Northern California and San Francisco. For six years, he has helped keep the chapter actively connected to Fordham. 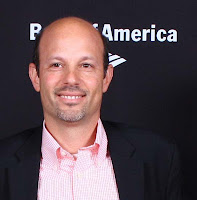 His Fordham Experience: Born in Queens, Di Giorgio was raised in Wyckoff, N.J., and attended Don Bosco Prep, a Catholic college preparatory high school. Fordham, “steeped in rigor and care for the individual and others, was a natural extension” of his high school years—Soon after moving into Hughes Hall (then a freshman residence hall) he realized he was one of six Don Bosco graduates living on the same floor. He says Fordham’s “proximity to the global financial capital of Manhattan, along with a business internship,” helped him launch his career. A member of business fraternity Alpha Kappa Psi at Fordham, Di Giorgio earned a B.S. in business administration and finance from the Gabelli School of Business in 1987 and an M.B.A. in finance from the Graduate School of Business Administration in 1993.

From the Bronx to San Francisco: Fordham played a role in Di Giorgio’s move out west. His “interest in the City by the Bay was piqued” by having a college roommate from California, Kieran O’Dwyer, FCRH ’87, and having spent a semester at the University of San Francisco through a Jesuit exchange program. In 1996 he moved from New Jersey to San Francisco for a job only expecting a short-term stint, but after getting married and having a daughter, he and his family stayed. He later learned of a Fordham alumni chapter in the area, and immediately began attending events, “eager to meet other alumni and New Yorkers I could bond with.”

Alumni Out West: Nearly 1,900 Fordham alumni live in the Northern California area and the chapter regularly draws a large crowd to its events. From winemakers to accomplished litigators, a variety of alumni attend the events, including both new faces and “some like me, who are the ‘regulars’. … But they all share in their affection for Fordham, telling stories about how campus life was in one decade compared to another, sharing memories of certain professors, and all fondly recalling their days in the Bronx.”

Supporting Fordham: The chapter assists the University by talking with local high school seniors students at college fairs, telling them about the Fordham experience. They also host Summer Send-Off events, which give incoming Fordham freshmen a chance to socialize with other classmates and meet alumni before “the pending departure across the continent—from the Bay Area to the Bronx.” The chapter is very active, organizing eight to 10 events each year, such as a Yankees game (when the Bronx Bombers are in Oakland to play the A’s), a year-end holiday dinner, a Christmas toy drive for the San Francisco Fire Department, and monthly networking nights.

An Active Volunteer: A rugby player at Fordham, Di Giorgio remains physically active—while involving the alumni chapter, too. As a volunteer with the American Lung Association in California, he’s heading up Fight for Air Climb, an annual fundraising event for the association. This is the chapter’s second year participating in the event, sometimes called a “vertical road race.” Participants will climb up the 1,197 steps of the former Bank of America building in San Francisco’s financial district on March 23.

Lasting Effect: “Fordham is where I received my education with a strong foundation in business acumen and ethics, but Fordham also had a very human impact on me, giving me lifelong friendships no matter what the distance is between my roommates and me. And as Fordham continues to transform and improve upon itself, it gives me more reason to be proud to be a Fordham Ram.”