Many kids who want to raise money for a good cause go the route of lemonade stands and bake sales. Makena Masterson has always liked to think bigger.

Masterson, a sophomore marketing major at the Gabelli School of Business, is the creator and owner of SNOX, a company that sells non-slip, non-skid grip socks and donates 100 percent of profits to charity.

“The socks are similar to what they have in hospitals, but it’s also a product everyone can use,” said Masterson, a Rhode Island native. “They’re great for yoga or Pilates, wearing around the house, or just using as regular socks.” 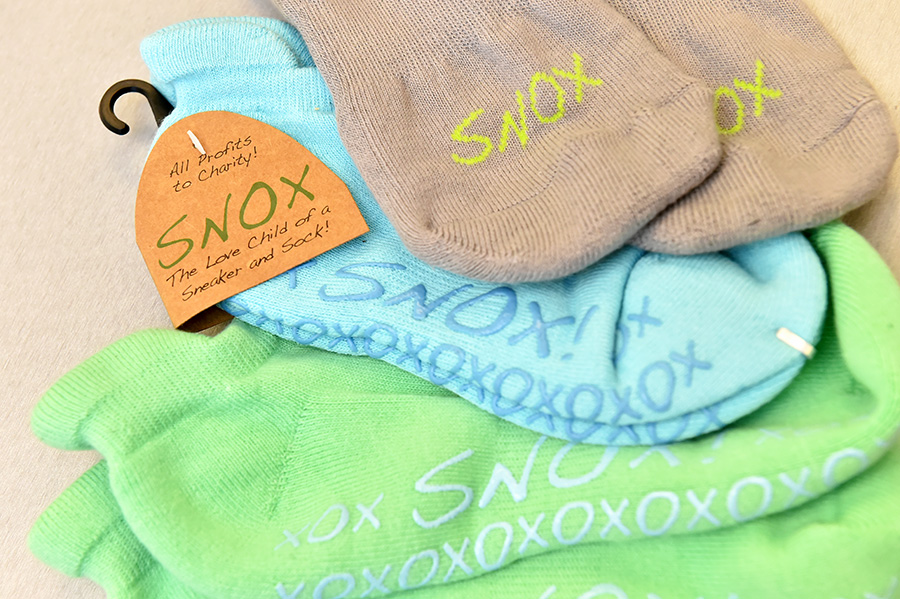 Makena Masterson is the creator and owner of SNOX, a sock company that donates 100 percent of profits to charity. Photo by Dana Maxson

The idea for SNOX came when at the age of 14 Masterson developed a four-inch blood clot in her arm. She was admitted to the hematology floor of the Children’s Hospital of Orange County (CHOC), California, where most of the other patients were battling blood cancers.

She vowed that when she got better she would find a way to give back to the hospital and its young patients.

With the encouragement of her parents, who are both entrepreneurs, Masterson opted to launch a company so that she could donate on a regular basis. She thought back to the non-slip (“really unattractive”) socks that the hospital issued to all of its patients, and decided to make a more child- and teenage-friendly version.

“My parents raised me to be socially conscious, and we always did a lot of volunteer work,” she said. “At the time, I didn’t need an income for myself—I babysat, and it’s not as though I needed for anything—so I decided to give 100 percent of the profits away.”

Since launching SNOX (the combination of “sneaker” and “sock”), Masterson has donated nearly $9,000 to charities including CHOC, Teach For America, Water Aid, Rotary International, Action Against Hunger, and Hope For the Warriors. She uses the website Charity Navigator to ensure that she donates to only the most reputable organizations.

Last year she was one of 15 freshmen fellows in Fordham’s chapter of Social Impact 360 (formerly the Compass Fellowship). She participated in the fellowship’s national competition in Washington, D.C. and won a national Kenneth Cole Foundation grant. The $2,500 grant has helped her boost her inventory for the upcoming Christmas season. 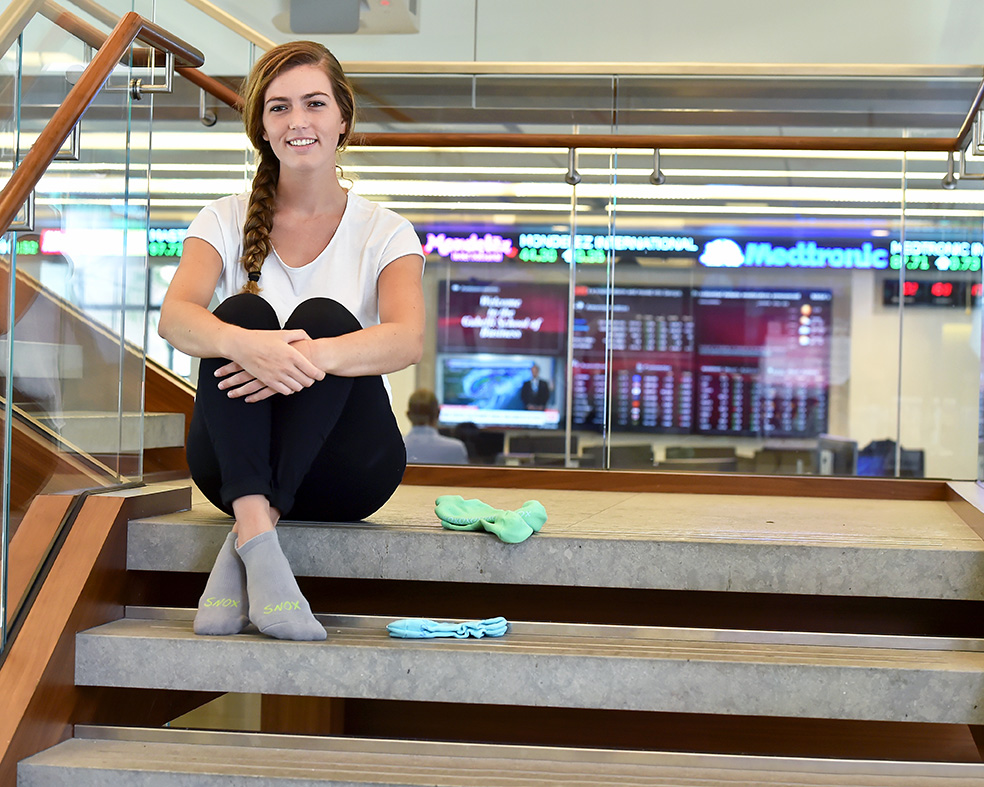 This year, she is mentoring younger Social Impact 360 fellows and was also accepted to the Fordham Foundry, where she will continue to learn about growing her company.

“Currently, the socks are made overseas and then shipped through Amazon, since I can’t really be shipping out of my dorm room,” she said. “But I would love to start manufacturing in the United States, which I couldn’t do at first because it would have spiked the cost of my socks. I would also like to come out with more styles.”

She is particularly looking forward to using what she’ll learn in her businesses classes this year to help expand SNOX further.

“I’m taking financial accounting, marketing, business communications—all of the basics,” she said. “I love the mentorship and my professors are amazing. I’m really excited to start this year off well.”