skip to main content
Return to Fordham University
You are at:Home»Business and Economics»2017, a Look Forward by Faculty

Is fake news here to stay? Will U.S. businesses take off? How will identity politics shape us? Fordham faculty and administrators share their thoughts on what may be coming in 2017.

Football injuries have forced athletics departments to reconsider the dangers of the sport. How will schools adjust and what is the future of football? 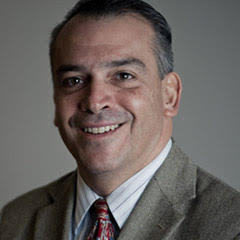 According to USA Football, there has been a 27.7 percent drop in tackle football participation from 2010 to 2015 among children ages 6 to 14. This trend has led to a change of strategy among high school and college programs. For 2017, expect to see less hitting drills in practice, and less “honing of their craft” so that players can avoid injuries such as concussions.
Players who sustain concussions will also be out of active play longer due to new concussion protocols. This could impact financials, especially if a star player is injured. This is a scenario that can lead to less football and entertainment value, and possible drops in fan interest. Gate receipts, concession revenue, viewership, and social media activity may all be affected.
Expect to see a stronger kicking game in 2017, thanks to the fact that kickers now are not only former soccer players but former gaelic football and rugby players as well.

Following the recent election, what you think the prospects are for start-ups and for small businesses? 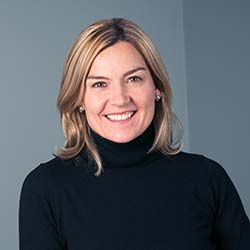 Since Trump is a businessperson and an entrepreneur himself, I think he’s going to do a lot for small business. He’s going to focus on minimizing the tax and healthcare burdens on startups, which will give small business owners some breathing room (financially speaking). Another thing the Trump administration can (and likely will) do is vastly update the space where education and entrepreneurship collide. This would involve collaboration between the Department of Education and the Small Business Administration. Hopefully they will be able to do away with costly, outdated systems/processes and hone in on providing future-forward resources, support, and education for startups, the lifeblood of our economy. I am not only hopeful for the future of startups and small business under the Trump administration, I am excited that we will see some major restructuring that will benefit all of the innovators in this country.

Christine Janssen-Selvadurai, Ph.D., director of the entrepreneurship program in the Gabelli School of Business

Identity politics turned out to be polarizing in 2016. Are we facing more of the same?

In 2016, people on both right and left used code words which erased the complexity of people’s experiences. On the left, one can see this with the term “white privilege,” which has been used to dismiss the complaints of working class whites who have experienced downward mobility, and whose communities have been hit by drug epidemics. On the right, we see it with the term “illegals” as applied to undocumented immigrants. This erases the very real courage and sacrifice that many of the undocumented displayed in coming to America, and display every day in putting food on the table for their families. I would like to say that we will see less polarizing discourse in 2017, but I see no signs we have learned our lesson. I expect many more years of polarization and division before we come to our senses and recognize one another’s common humanity across lines of race, religion, and politics.

Has Hamilton inspired a new era of Broadway theater? 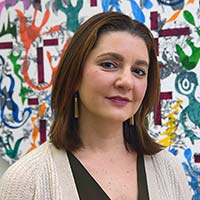 With 11 Tony Awards from a record 16 nominations, Hamilton has influenced everything from nontraditional casting in the way it embraced black and Hispanic actors to play historically white figures to presidential politics, using the stage as a modern day soapbox (in a message to Vice-President-elect Pence during a post-election performance). Theatrical ventures in the future are also sure to take note of Hamilton’s fierce social media outreach: Lin-Manuel Miranda’s final curtain call was streamed live on Facebook and his avid use of twitter connected famously with the show’s super fan contingency. Also influential are its inventive offshoots–the Hamilton Mixtape (in which the show’s songs are re-vamped by some of today’s brightest stars) and the Ham4Ham stage door outings–so popular they brought traffic to a screeching halt near the Richard Rodgers Theatre. Hamilton has inevitably become the gold standard in its triumphant ability to connect with theater goers on stage and on line.

What will a U.S. shift in relations with Taiwan mean? 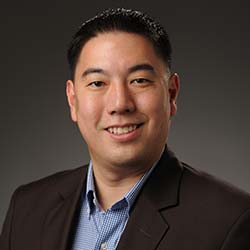 There are two possibilities. First, if president-elect Trump simply got caught violating a longstanding diplomatic principle and is not serious about this–if Beijing is clear-eyed, it will keep its responses pretty minimal, let the storm die down, and business will go on as usual.
If Trump is serious, then he’s possibly using Taiwan (and even Russia) to build leverage against the Chinese, hoping to extract a better long-term “deal.” If that is the case, this could be the the beginning of a chain of confrontational stances that draw in greater American military and economic power.
Expect a test of China within the first 100 days of the new administration, or the reverse.  Both sides will have an interest in escalation to demonstrate commitment, resulting in increased conflict–especially in places like the South China Sea, Taiwan, and perhaps the Koreas–but probably not war.

Is fake news a fad, or here to stay? 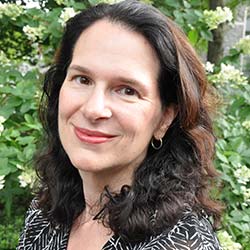 Sadly, I don’t think “fake news” is going away anytime soon. Juicy and provocative headlines meant to induce “clicks” are often too good for readers to pass up.  But there will be some new initiatives to fight it in 2017. For instance, Facebook users will have the ability to flag fake news content, so that others will be able to see quickly that some posts may not be truthful.  But that’s only addressing part of the problem.  Another issue is that Americans are not as media literate as one might hope. People don’t always look closely at who is creating the content they enjoy, to see if the source is legitimate–and they should. This is why we focus on critical thinking skills and analysis from the very first class in all our communication and media studies majors–to create the well-trained, ethical, truth-seeking journalists that our democracy needs to serve its citizens.

With a new administration more open to fossil fuels, where do you see green energy going in 2017? 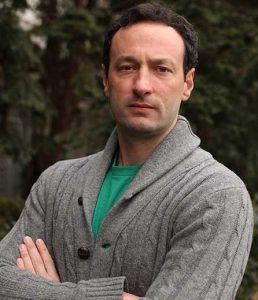 It is unlikely that U.S. coal production, consumption, and employment will reverse their downward trends in 2017. Both the market-driven replacement of coal by natural gas and an increased focus on the environmental and human health concerns associated with fossil-fuel combustion in the wake of the Paris Climate Agreement make it likely that coal has peaked in the U.S. Technological advances in batteries for electric vehicles, spurred by federal funding, may lead to increased market penetration for these products, as well as the potential for greater reliance on renewable energy in coming decades.

The incoming administration seems intent on relaxing existing federal pollution regulations and eager to promote increased extraction of natural resources from federally-owned lands in the West. Without counterbalancing action at the state level, this myopic perspective would increase the environmental and health risks from economic activity and energy production, and remove the United States from a position of leadership on the issue of climate change.