skip to main content
Return to Fordham University
You are at:Home»Business and Economics»$1 Million Gift Launches Center for Jewish Studies at Fordham

Fordham University will establish the Center for Jewish Studies thanks to a $1 million gift from Eugene Shvidler, who earned an MBA and an MS in International Taxation from the Gabelli School of Business in 1992. 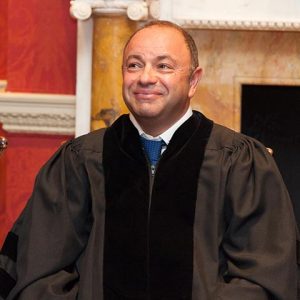 The gift will support Jewish studies at Fordham, and follows a $3 million gift from Shvidler to establish the Shvidler Chair of Judaic Studies in the Department of History in 2013.

“This is an especially timely gift for an exceedingly important purpose,” said Joseph M. McShane, S.J., president of Fordham. “The world is seeing a rise in anti-Semitism unprecedented since the end of World War II. Aside from the great scholarly value of a Center for Jewish Studies, it provides a counterweight to bigotry, and a vehicle for ecumenical connections among two great faiths. We thank Mr. Shvidler for his generosity not just to Fordham, but to the intellectual community of which it is a part.”

Eugene Shvidler, a trained mathematician, a noted winemaker, an oil executive, and international philanthropist, was awarded an honorary Doctor of Humane Letters degree—the University’s highest honor—in September 2015. He is the chairman of Millhouse LLC, an investment and asset management company. He is also the chairman of Highland Gold Mining Ltd, and is a member of the board of Evraz plc and AFC Energy plc. He was previously CEO of Sibneft, one of the major Russian oil companies.

“I commend Fordham’s vision in establishing the Center for Jewish Studies,” Eugene Shvidler said. “In supporting the program, I hope to enrich and deepen the understanding of the faith, history, and culture of the Jewish people.”

Born in the U.S.S.R., Shvidler received a master’s degree in mathematics from the Gubkin Institute of Petrochemicals and Natural Gas as well as his graduate degrees from the Gabelli School.