skip to main content
Return to Fordham University
You are at:Home»Athletics»Senior Sets Records in his Native Bahamas 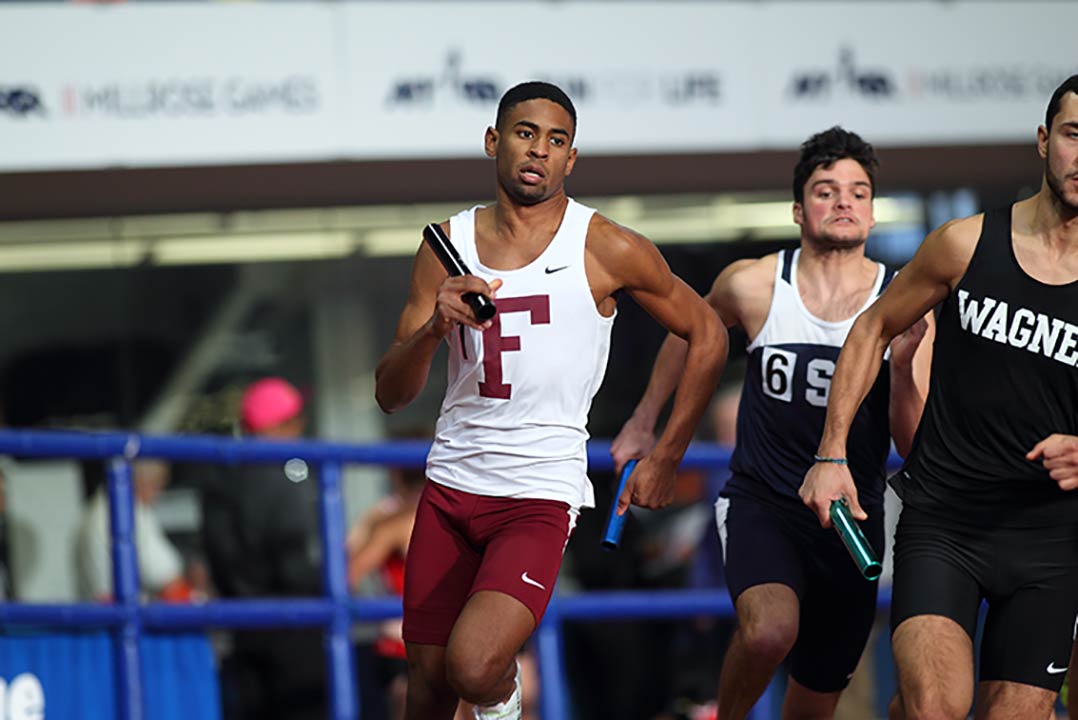 You would do well to catch him.

Taylor’s mark, set at the Valentine’s Day Classic in Boston, qualified him for the Pan Am Games, which take place in Toronto in July. But although the team’s season, as well as Taylor’s collegiate career, is winding down, he could by then have set his country’s outdoor mark in the distance, now 1:49.54.

But Taylor, who is majoring in economics with a minor in business, isn’t dwelling on the records.

“It’s something I keep in the back of my head but I try not to think about it too much and have as much fun as I can and compete,” he said. “Times will come.” 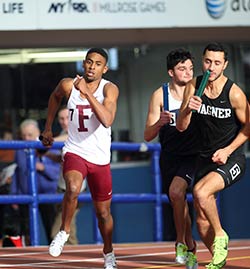 The Bahamas’ Pan Am squad hasn’t yet been named, and Taylor is not taking anything for granted: he recently sent Syracuse University a down payment for a first semester of law school, which he would start in the fall.

Taylor was born in Miami, where his mother, a nephrologist, did her residency. The family returned to Nassau, Bahamas, soon afterward and he spent his formative years there.

“It’s a very warm place to be,” weather-wise certainly, but also with regard to family, he said. “Everybody knows everybody.”

He goes home to the island several times a year—for Christmas, Thanksgiving, and summers. He usually also spends spring recess in the Bahamas. But Taylor, the University’s athlete of the week four times this season, stayed in the Bronx this March to train for a defining season.

Although he played soccer at his junior high in Nassau, Taylor only started running middle distances competitively as a junior at Suffield Academy, in Connecticut, where he relocated as a teenager. He was on the swim team all four years and also ran cross-country and played soccer.

He then spent a year at St. Joseph’s University before transferring to Rose Hill. Taylor posted good times through his junior year at Fordham, but the Boston race established him among elite runners: He had trimmed nearly three seconds from his outdoor best a year earlier.

The team’s coach, Tom Dewey, called Taylor a singular athlete who could only get faster.

“He’s got a tremendously effortless style,” said Dewey, who is in his 35th year as Fordham’s track coach. “He’s as smooth a runner as we’ve ever seen.”

Taylor is still learning the finer points of both technique and tactics, Dewey said, and preparing for the Pan Am Games could lift him into yet another class.

Despite carrying 16 units in addition to his track obligations, with the Olympic Games just 16 months away, next year could be even headier. Taylor is clear-sighted about the prospect.

“I’ve been an athlete all my life. To really give it all up is going to be a real tough decision, a very emotional decision. It’s all I know,” he said. “It’s a decision I want to have to make—it’s a good problem. But I try to just take it a day at a time.”