skip to main content
Return to Fordham University
You are at:Home»Athletics»Photo Essay : Festivities, Football and a Freeze 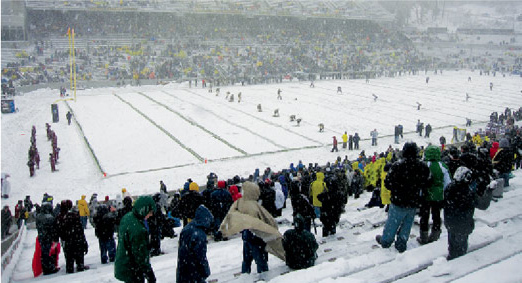 Throngs of Fordham football enthusiasts took to West Point on Oct. 28 and 29 expecting to see some hard-hitting action. Little did they know that the hardest hit would come from Mother Nature, who dumped at least six inches of October snow on the televised battle between the Rams and the Black Knights.

Prior to the game, however, there was much to do and see. On Friday night, Fordham alumni and friends toured the Army Sports Hall of Fame and attended a gala dinner with their counterparts from West Point. The next morning, a tailgate whet everyone’s appetites for the contest to come. 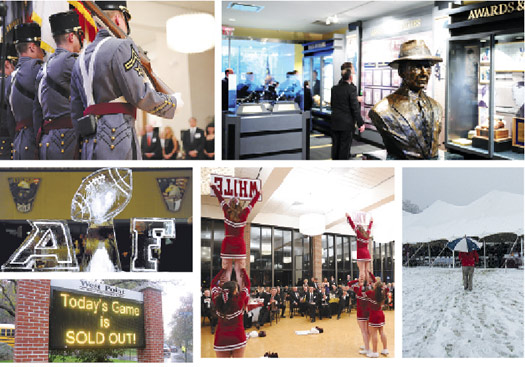 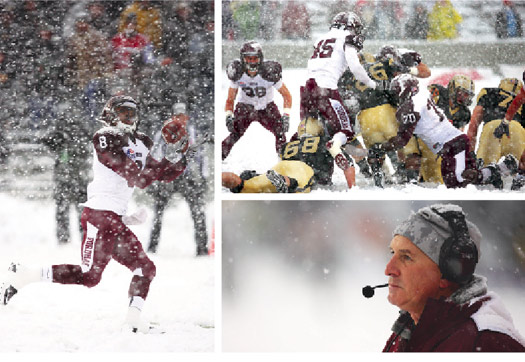