skip to main content
Return to Fordham University
You are at:Home»Athletics»Off the Field at Homecoming

Though much of the attention focused on the football field at Homecoming, the University was a hive of activity all weekend—some of it on campus, some way off campus, like the Young Alumni’s Annual Yacht Cruise, which took Rams out into New York Harbor on Friday night. 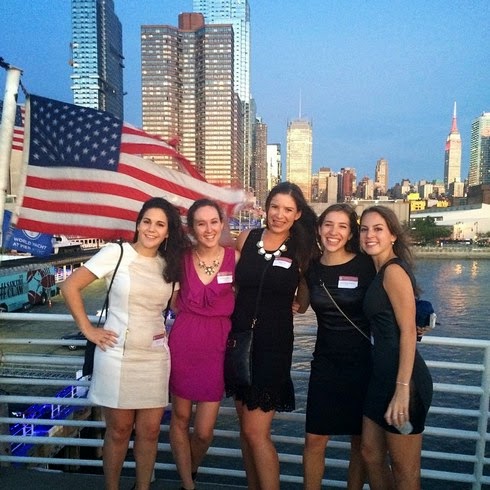 Closer to home, students donned semi-formal duds for the President’s Ball at the Lombardi Field House. The following morning, those who didn’t party too much at the ball were running the periphery of the campus for the 3rd Annual 5K Ram Run, where Jason Gong and Samantha Andrens were the first to cross the finish line. 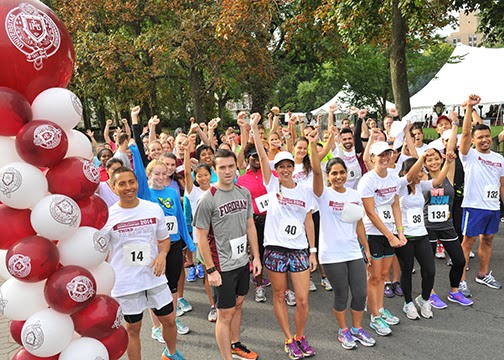 Across road at Hughes Hall, Gabelli School of Business Dean Donna Rapacciolli greeted alumni, while, Lerzan Aksoy, professor of marketing, gave a quick snapshot of her course on brand loyalty. She said that the thousands attending homecoming are an example of connection that fosters loyalty. At the University Museum, curator Jennifer Udell set for the tone for the rest of the day by introducing alumni to the 4th Century BC Ram’s head libation cup. Convinced, alumni headed for the tents on Eddies Parade. 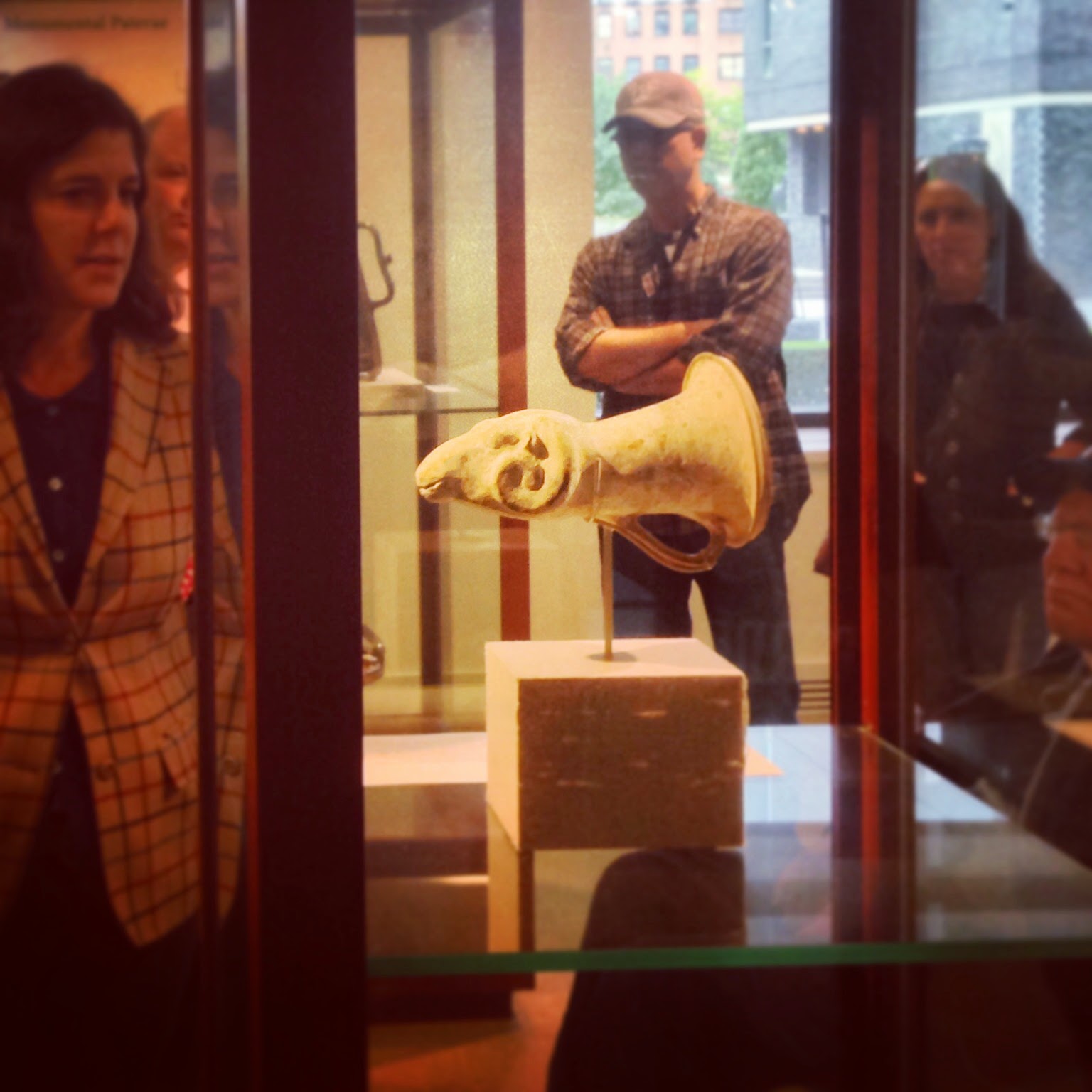 Under the tent, more than 6000 students, alumni, friends, family, and friends tucked into all-American fare of hamburgers and hot dogs. While such celebrations are commonplace on campuses from Michigan to Syracuse, they’re rare in New York City, something that wasn’t lost on several Rams in attendance.
“They just don’t have the school spirit, they’re there for their education and then they’re outta’ here,” said Terry Burke, whose husband and two children attended Fordham, including Erin Burke, assistant dean at Fordham College Rose Hill. Burke wasn’t the only one for whom Fordham is a family affair. Jane Barnett, MC ’76, president of the Marymount College alumni board said many Marymount alumnae married Fordham alumni and sent their sons and daughters here. 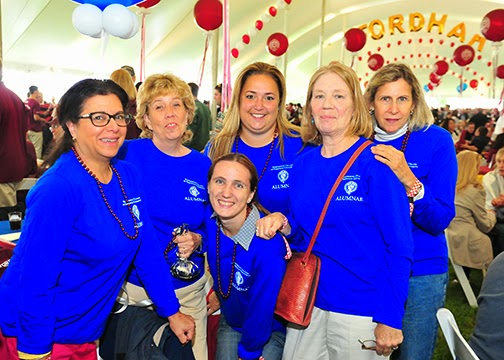 “Fordham had great teams before Vince Lombardi, but he represented something more than just a great ball player,” he said.
Ray Longobardi, FCRH 54 said the connection is tied to shared memories, some tied to football, some not.
“There was the idea of the game and the meaning of the word Fordham, which encompassed the world of business, and the arts, and the individual. And that combo is a rare thing… a very rare thing.”