skip to main content
Return to Fordham University
You are at:Home»Athletics»Fordham Homecoming 2015!

In what was possibly the last game between Fordham and Columbia for the foreseeable future, the Rams beat the Lions 44-24 in the 2015 Homecoming game, thus retaining the Liberty Cup for the sixth consecutive year.

The Liberty Cup was created in the wake of 9/11 when the two teams agreed to play an annual contest with proceeds going toward a scholarship for students who lost a parent in the attacks.

More than 8,000 “packed the Jack,” as the saying goes when referring to a jammed Jack Coffey field.

“It’s a great day, a great rivalry, and a great outcome,” said Athletic Director David Roach. He added that he would be disappointed to see the New York City rivalry come to an end.

Dr. Andy Cordaro, FCRH ’66, co-captain of the 1965 team, said that he was “stoked” to see crowds that he “never imagined possible” back in 1964 when he and his teammates brought the Rams back to Rose Hill after years of no football on campus.

Thousands of alumni visited the Homecoming tent during the game reminiscing, while a strong turnout of 2,500 students basked in the stands, making memories of their own.

Great times under the tent, a football victory and a beautiful mass- after my first #FordhamHomecoming, I’m pumped for the many to come. — John Bonazzo (@johnbonazzo) September 19, 2015

“I really love coming up to Rose Hill because of the campus,” said William Meckley, a senior at Fordham College at Lincoln Center. “Lincoln Center is what I think of when coming to school in New York City, but I really get a feel for Fordham history and culture up here.”

For most, the history is personal. Andrew and Danielle Bournos met in the parking lot at homecoming in 1990. Danielle, FCRH ’93, said that she and Andrew, GABELLI ’92, shared their first kiss on a bench across from the McGinley Center. They stopped on their way to the field to pose for a photo. Their five kids gathered around and snickered as the couple kissed on the same bench 25 years later. 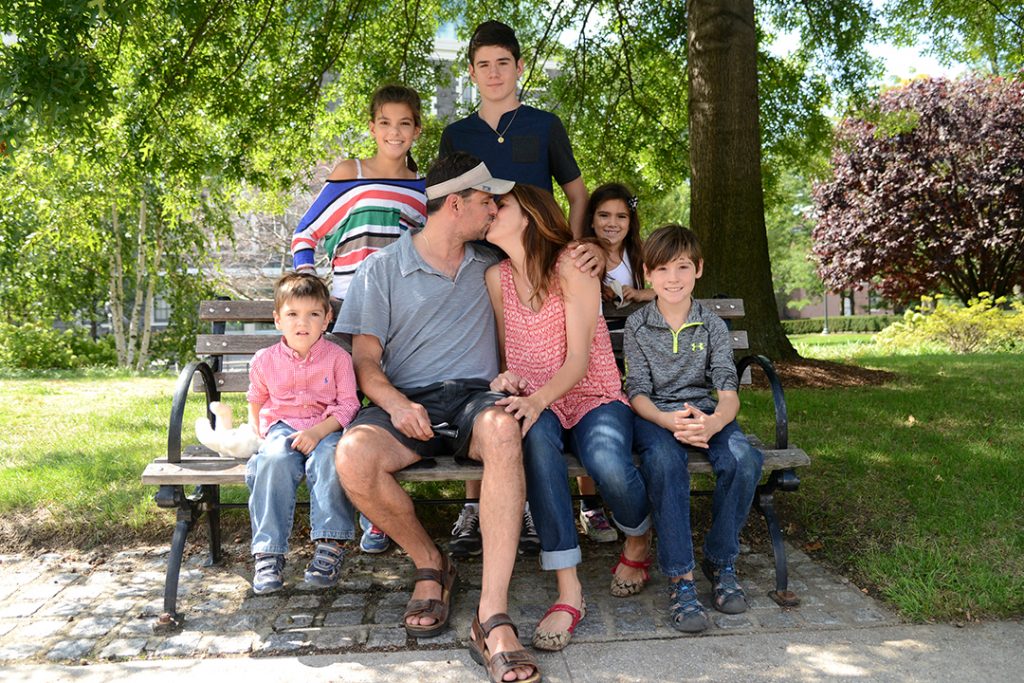 The Bournos brood visit the bench where mom and dad shared their first kiss. 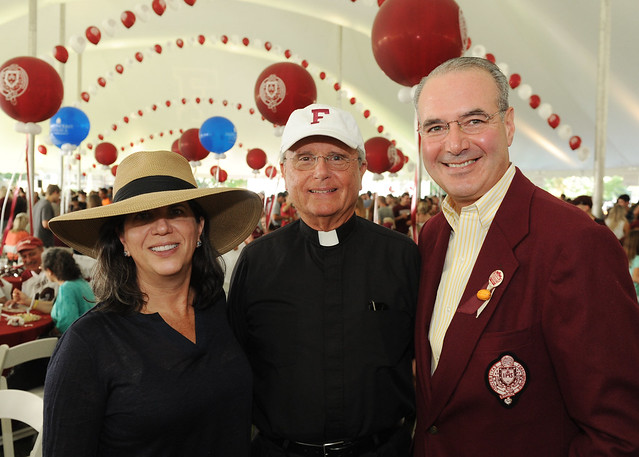