skip to main content
Return to Fordham University
You are at:Home»Athletics»Fordham Sailing Breaks Top 10 in Rankings 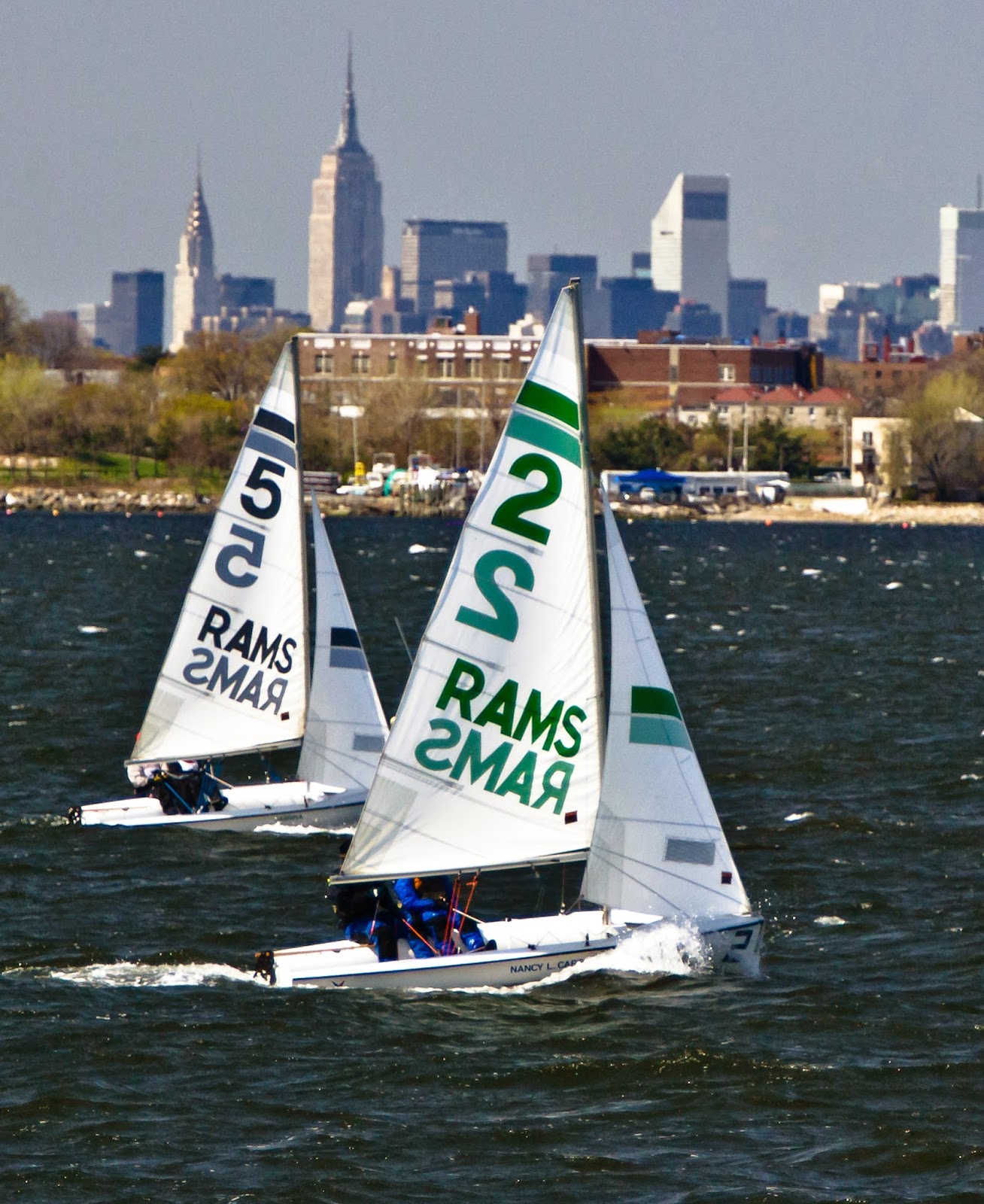 Just as the football team was taking the Patriot League Title and the women’s basketball is gearing up for what is sure to be yet another winning season, theFordham Rams Sailing Team was ranked among the top 10 in a coaches’ poll taken by Sailing World Magazine.

Breaking the Top 10 ranking of the Intercollegiate Sailing Association of North America (ICSA) is a first for the team. It’s No. 7 position of the ICSA’s 230 varsity and club coed teams is made all the sweeter in that it also makes Fordham the No. 1 ranking among the 194 club teams. In addition, the team bested several nautical colleges, including U.S. Naval Academy, SUNY Maritime, and the U.S. Coast Guard Academy.

Club director Joe Sullivan, FCRH ‘58, said that he and several other alumni had been scouring the country to recruit students with a sailing background. The results are a diverse group of men and women from around the country.

Sullivan said the team was founded in 1950, became varsity in 1955, and continued through 1971 before being dropped. In 1999 Sullivan and his fellow alumni went to then athletic director Frank McLaughlin with a proposal to start up the team again. With McLaughlin’s blessing the team signed 102 players, 29 of whom had sailing experience, and seven of whom would go on to build the beginnings of today’s winning team.

Today the club is a member of the Middle Atlantic Intercollegiate Sailing Association (MAISA), one of seven regional conferences of ICSA. The team operates out of the Morris Yacht Club on City Island.

For several years Sullivan pitched in with coaching, together with former Head Coach Reed Johnson, but happily ceded his position this past June to current Head Coach Johnnny Norfleet after a three-person search committee helped snag Norfleet from the University of Pennsylvania. Johnson recruited most of the current roster that Norfleet took to the top ten.

Sullivan said that from the standpoint of “men and women for others” the team has raised funds for the Children’s Tumor Foundation and pitched in with clean-up on City Island after Hurricane Sandy.

“The admissions office is happy because our kids come from all over the country, their geographical diversity is superb,” he said. “And they’re great students, I’ll bet we’ve got the highest GPA of any team on campus.”

Here’s how the rankings played out: