skip to main content
Return to Fordham University
You are at:Home»Athletics»Communications Grad Places in Play-by-Play 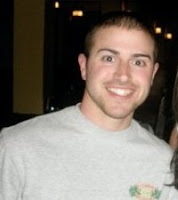 Recent communications graduate Justin Shackil (FCRH ’09) has earned second place in a nationwide competition for the inaugural Jim Nantz Award, a contest sponsored by the Sportcasters Talent Agency of America (STAA) to recognize the top college sports broadcasters. Shackil, a student of assistant professor of communications Beth Knobel, Ph.D., receives a complementary membership in the STAA, considered to be the major clearinghouse for talent in the sportscasters job market.

You may remember Shackil as one of the three finalists in February (along with Garry Van Genderen) in an mtvU contest to cover the Academy Awards pre-Oscar red carpet. But Shackil has also worked at WFUV as a play-by-play announcer for Fordham sports, as host of Fordham’s call-in sports show One on One, and as host of The Cathy Andruzzi Show, a weekly show on the Fordham women’s basketball team.

“I owe everything I ever learned in broadcasting to WFUV,” Shackil said. “If you play a tape I recorded in my freshman year next to something I’ve done today, you’ll see the enormous difference.”

We don’t have any audio from Shackil’s freshman year, but here he is today calling a play.