skip to main content
Return to Fordham University
You are at:Home»Arts and Culture»Younger Producer Darren Star to Visit Fordham 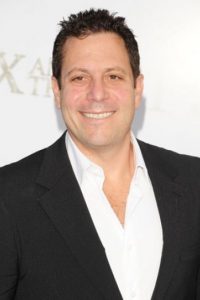 Darren Star, one of America’s most successful television producers, will be coming to Fordham to screen his series, Younger, starring Hillary Duff and Sutton Foster. The event will take place on Wed., Dec. 2 at 7 p.m. in Room 3-01 in the Fordham Law Building.

From Beverly Hills 90210 to Melrose Place, Star’s television series hit on a West Coast zeitgeist of the 1990s, only to be topped by Sex and the City, which came to define a certain kind of New York City woman in the 2000s.

For his new series produced for TVLand, Star turns once again turns the spotlight on New York women. Sutton Foster plays a 40-something returning to the urban workforce after a 15-year hiatus raising her daughter in the suburbs. Unable to find a job she lies about her age, saying she 27, lands a gig in publishing, and starts dating younger men.

“It’s a lighthearted but wistfully knowing look at the gender imbalances and generational rifts that make life hard for even fabulous women,” a New York Times review said of the program.

“I think show hits on the grand question of what is it to be a women in today’s society and the barriers at the intersection between sex, age, and work,” said James Jennewein, artist-in-residence in the Department of Communication and Media Studies.

Jennewein will moderate a Q&A with Star following the screening. With a background that includes screenwriting, marketing, and communications, Jennewein has known Star for more than 20 years. He said that the producer’s visit represents a rare opportunity for students to learn firsthand from a professional who has smoothly sailed from network television to cable, and who now incorporates marketing on the web.

The creative process will also be explored, he said, referring to the “tag team” qualities of television production, where 11 months of nonstop work creates special challenges for creative people.

“We’re at a place where the creative person has more power than ever before,” he said. “You have so much running room. The tools of content creation are all now in the hands of the artist.”

“Now all the media are blended together,” he said. “Darren understands how intellectual property behaves across multiple media platforms. That’s the nut of it.”