skip to main content
Return to Fordham University
You are at:Home»Arts and Culture»‘You Is Kind, You Is Smart, You Is Important’: Problematic Portrayals of Black Characters
Viola Davis in a still from “The Help”
In the wake of #OscarsSoWhite—a controversy sparked in 2016 when, for the second year in a row, not a single black actor was nominated—this year’s Academy Awards will feature three nominations for best picture featuring black narratives.

In 2017, three of the five nominees for best supporting actress were African American. One was Viola Davis, for her role in August Wilson’s Fences, in which she played opposite Denzel Washington, FCLC ’77, who also produced and directed the film. Davis took home the Oscar that night. 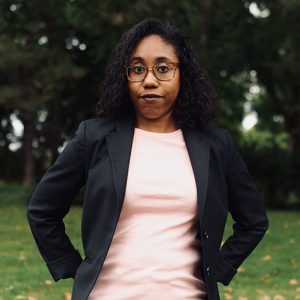 Davis had been nominated twice before: once for a brief supporting role in Doubt (2008) and once as lead actress in The Help (2011), in which she plays a domestic worker for a white family in 1960s Mississippi. The film was much loved by moviegoers—it received a nomination for Best Picture—and Davis’ work was critically acclaimed. But her character’s depiction in the film has been problematic for many academics interested the portrayal of African Americans on screen. One such thinker, Brandy Monk-Payton, Ph.D., assistant professor in the Department of Communications and Media Studies, recently published an essay titled, “‘You Is Kind, You Is Smart, You Is Important,’ or, Why I Can’t Watch The Help.”

Monk-Payton said she used the “You is kind…” phrase because it is part of the dialect used by the 2009 book of the same name by author Kathyrn Stockett, who is white.

“I wanted to take back some of that language and insert my own thoughts on how this author took certain licenses with her subjects’ language to appeal to a white liberal imagination of what working-class black people would sound like,” said Monk-Payton.

The essay appears in a book of short essays published last month by Rutgers University Press, titled Unwatchable, where scholars take on certain media that they find unwatchable, from bloody horror films to real world violence to scenes that are just in bad taste. Monk-Payton’s essay speaks to her discomfort in watching a fine actress playing a maid. She noted that the content of the film is “ostensibly” about black domestic help in the 1960s, but it is told with a blind spot enabled by melodrama, she said.

“My essay is about thinking through what black women feel while watching a white savior narrative—what I call black women’s simultaneous endurance and exhaustion,” she said. “Another reason I chose this title because it reflects the racialized labor of care work, whereby Davis’s character has to routinely recite this mantra to affirm her white employer’s young daughter.”

That the Oscars often take place during Black History Month isn’t lost on Monk-Payton. She rattled off historic precedents of films that use “a certain kind of cheesiness in the service of creating the illusion of integration.” She noted that Imitation of Life, both the 1939 and the 1959 versions, also use the domestic worker and employer’s relationship as a device to examine racism. But she added that in 1959 version, which she called a “messy film,” director Douglas Sirk was at least “thinking about the role of melodrama” as a device that helps advance the story in a film, but that was 60 years ago. Her essay allows that “many melodrama films are compulsively watchable,” but those trafficking “in racial politics and white liberal guilt are cringe-worthy.”

“The fact that these kinds of films keep getting made is problematic,” she said. “They’re nostalgic looks at overcoming adversity through a liberal framework, a maternal melodrama, that thinks through these problems in a domestic realm, so it’s really alluring and very sentimental.”

She said contemporary films like The Help may not overtly present their characters as the stereotypical mammy figures, but the black maid trope is similar and affects how viewers misunderstand the hard labor performed by the character.

She said that if there is a relatable scene in The Help for viewers like herself, then it’s that of an elderly maid (played by iconic and beloved black actress Cicely Tyson) being fired and sent away from the house where she works. In the scene, the maid, who has been with the family for years, turns then rests her hand on the screen door gazing at her former boss, who shuts the door in her face.

“She looks forlorn. I read that shot as this endurance and exhaustion being expressed through her averted gaze,” she said.

She said that talented actors, like Davis and Spencer, give in to the impulse to humanize these characters by taking the roles. She noted that Davis once said that she could bring something new to the well-worn character, but has since told The New York Times that she regrets taking the part because “it wasn’t the voices of the maids that were heard.”

Similar criticisms have been made about this year’s Oscar contenders, including Roma, which portrays an indigenous domestic worker living with a benevolent family in Mexico, and Green Book, which flips the script with a white chauffeur driving a wealthy black pianist.

More Voices in the Room

“The question is ‘Who is in the room when creating these movies?’” she said. “We need a more localized view, a multiplicity of voices in the room, more content that speaks to these experiences so that the films don’t have that translator aspect.”

Monk-Payton applauds another 2019 Oscar contender, Black Panther, for its importance in black cinema. While she doesn’t want to diminish “the enthusiasm and emotional attachment” for the blockbuster, she said it doesn’t quite match up to the subtlety of August Wilson’s Fences.

“Fences is refreshingly set in contrast to the spectacular quality of Black Panther; we need more of that kind of film,” she said. “We tend to forget about these quiet films that explore the quotidian, the ordinary.”

It’s a view shared by Davis, as she made abundantly clear on accepting her Oscar for Fences.

“Here’s to August Wilson, who exhumed and exalted the ordinary people,” she said.