skip to main content
Return to Fordham University
You are at:Home»Arts and Culture»WFUV Celebrates News and Sports Broadcasting Excellence

When the Denver Broncos defeated the Carolina Panthers at Super Bowl 50, Drew Casey, FCRH ’17, had a perspective of the action that was the envy of most of his peers.

Casey, a native of Union, New Jersey, was broadcasting the game live from Santa Clara, California, for WFUV Radio (90.7 FM/wfuv.org).

For his work at the station, Casey was honored at On The Record, held Nov. 9 at Fordham’s Lincoln Center campus, with the Bob Ahrens Award for Excellence in Sports Journalism. Fellow student Jake Shore, FCRH ’18, who was unable to attend, received the WFUV Excellence in Journalism Award for news reporting.

“Covering the Super Bowl was incredible,” he said. “It almost makes me a little cautious about what comes after Fordham.” 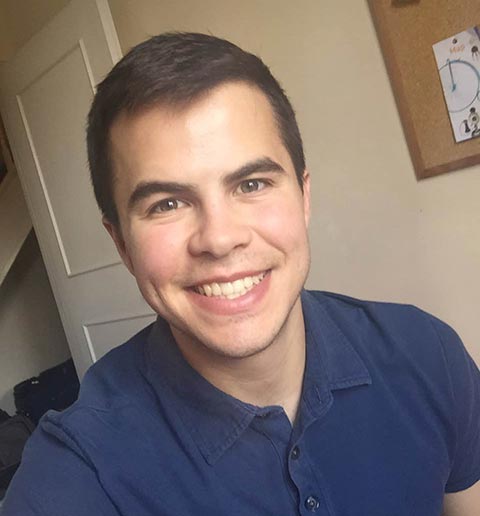 Shore, a Los Angeles native and a journalism/political science major studying in London this semester, joined the station during his freshman year, thinking he could score tickets to concerts as part of the promotions department staff. He was tapped for news instead.

“It was a lot of training, but once I got the hang of it I really loved it,” he said.

“From the first day, they want you to be the best you can be. You can’t get away with mistakes. I appreciate that they would hammer that in,” he said.

His training included covering a lot of press conferences. One press conference last spring turned out to be especially newsworthy: a group of politicians gathered outside a house in the South Bronx to protest an owner’s use of AirBnB to rent property as a venue for large parties.

“It was a standard press conference, but then it got so crazy,” he said. “Neighbors came out and started yelling at the guy who owns the house, and the guy started yelling back at them. The local politicians were caught in the crossfire.”

Shore’s AirBnB story earned him honors. The excitement of doing it is also one of the reasons he plans to stick with journalism once he graduates, he said.

Casey said he knew from the very beginning that he wanted to pursue broadcasting. He’d already tried his hand at it at St. Peter’s Prep in Jersey City, and he chose Fordham in part because of the opportunities WFUV offered.

In addition to covering two Super Bowls, he has spent the past year traveling with the men’s football and basketball teams. Two of his feature stories—one about the Special Olympics, and another about American Pharoah’s Triple Crown win—received awards.

Winning the award is meaningful to Casey because executive sports director Ahrens, for whom the award is named, is also Casey’s mentor. As sports manager, Casey estimated he speaks to Ahrens every day to receive critiques of all of his broadcasts. 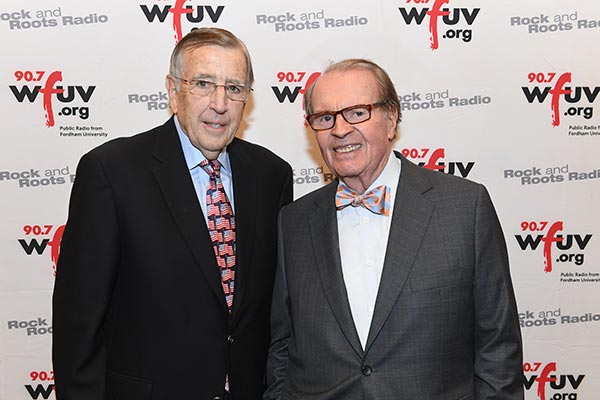 “The time that I’ve spent with Bob has been instrumental in my growth as a broadcaster, as a young sports media professional, and as a person,” he said. “Officially, its work, but it doesn’t feel like it.”

Casey said that upon graduation, he’s considering moving to Montana or Idaho—if he can land a gig broadcasting minor-league baseball.

“It’s my passion. I love doing it. I would certainly pick up and go there if the opportunity was right,” he said.