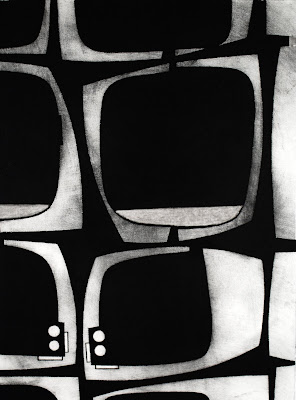 Congratulations to David Storey, M.F.A., assistant professor of visual arts and associate director of the department, who has received a 2010 Guggenheim Fellowship in Fine Arts.

Storey, an abstract painter, was one of 180 fellows from the United States and Canada in the areas or arts, science and other scholarship chosen from a group of 3,000 applicants. The awards, established in 1925, go to those “who have demonstrated exceptional capacity for productive scholarship or exceptional creative ability in the arts.”

The award will enable Storey to work on a series of large paintings based on similar scales and configurations used in his smaller works on canvas, and to complete several series of drawings.

“My work has always sought to simultaneously bring together elements of imagistic pictorialism and distinctly non-referential abstract construction, “ Storey wrote in his statement of plans. “I aim for an artificial yet credible naturalism in which the painting or drawing feels comfortably familiar, while delivering the unexpected recognition of the unseen.”

Above is one of Storey’s drawing series from 2008. Below are a few of Storey’s color works. 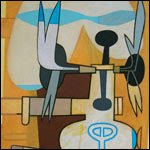 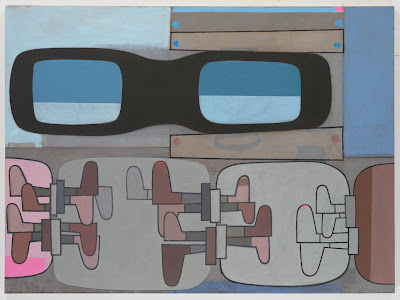 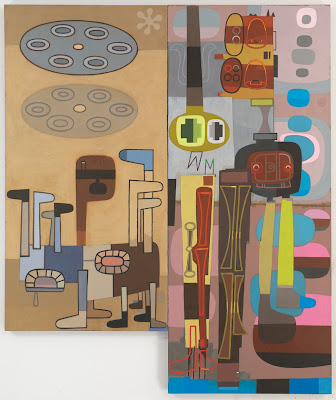 “I, Flier,” by David Storey