skip to main content
Return to Fordham University
You are at:Home»Arts and Culture»Legendary DJ Hangs Up His Headphones: Vin Scelsa Announces Retirement

WFUV DJ Vin Scelsa, a pioneer of free-form FM radio and a New York icon for five decades, announced on March 28 that he is retiring. The final broadcast of his weekly program Vin Scelsa’s Idiot’s Delight will be May 2. 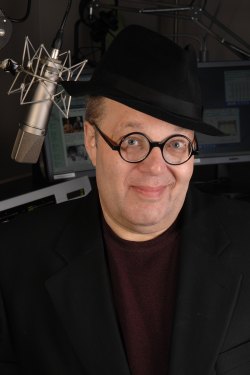 “I am incredibly lucky to have spent my entire radio career doing exactly what I’ve wanted,” Scelsa said. “The kind of programming autonomy I’ve enjoyed, on both commercial and public radio over all these years, is unique.”

Scelsa’s Idiot’s Delight has attained cult status since its arrival at WFUV in 2001. Airing every Saturday night, the freeform-style show features Scelsa’s musings on music, literature, and the world in general and is famed for its long, in-depth interviews with guests.

“I am grateful to all the stations I’ve worked on for the privilege of being allowed to wander through their airwaves wherever my interests have taken me,” Scelsa said. “I am grateful to my listeners for their support and their indulgence as we shared this journey together. It’s hard to let go, of course, but I always promised myself and my audience that when the time was right I would stop. How lucky am I that I get to decide even this!”

Scelsa’s radio career began at WFMU in Jersey City in November 1967 and has included stints at WBAI, WABC-FM (WPLJ), WLIR-FM, WNEW-FM, WXRK-FM (“K-ROCK,” where he began calling his program Vin Scelsa’s Idiot’s Delight), and back to WNEW-FM. He joined WFUV in 2001.

Throughout his career, Scelsa has stayed true to a vision of free-form radio, a style that includes flowing musical sets spanning multiple genres, readings from his favorite books, and live studio performances.

“Calling this the end of an era is truly an understatement,” said Chuck Singleton, WFUV general manager. “We’re honored that Vin made WFUV his radio home for 14 years, and we’re all richer for the time he shared with us.”

“Vin was a huge influence on several generations of listeners and DJs, including me,” said friend and mentee Rita Houston, WFUV program director. “He perfected the art of the DJ, and we followed his lead. WFUV absolutely believes in the credo he adopted from David Fricke: ‘Respect the Elders. Embrace the New. Encourage the Impractical and Improbable, without bias.’”

Scelsa says that he plans to do some writing and other projects with his daughter, author Kate Scelsa (whose debut Young Adult novel, Fans of the Impossible Life, will be published September 2015 by HarperCollins).

As a loving sendoff, a Fare Thee Well Concert for Vin Scelsa, featuring many musical guests, will take place on June 8 at City Winery. Listeners will be able to obtain tickets with a contribution to WFUV during its spring membership drive, which begins April 15.