skip to main content
Return to Fordham University
You are at:Home»Arts and Culture»Two Brothers, Two Lives, A Hundred Pictures

Theophilus “Tony” and Leroy “Red” Adams lived two full lives. One brother, Tony, was social and artistic, while Leroy was a solid family man—at least that’s what one might derive from two family albums of more than 100 photos recently acquired by Fordham Libraries’ Special Collections.

The albums were purchased just in time for Black History Month with the help of the Viola family, generous benefactors at Fordham, and the Bronx African American History Project.

Mark Naison, Ph.D., professor of history in the Department of African and African-American Studies, said that the albums document the African-American experience in the U.S. military, and bear witness to both an era of a segregated military and its seeds of integration. They also document the history of black community institutions, such as lodges, as well as Boy and Girl Scouts organizations and high school sports teams in Northern cities—where segregation was more the rule than the exception. 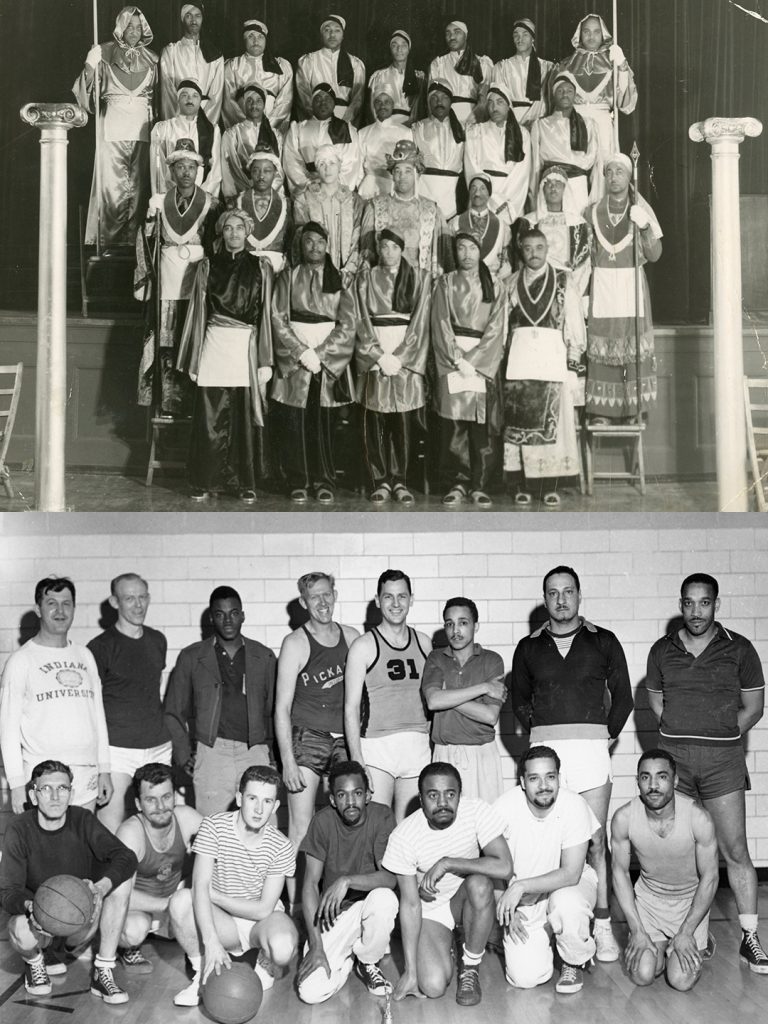 The albums show middle-class life of African Americans in the Midwest, from all-black lodges to integrated basketball teams.

“The albums will be an invaluable source for courses in 20th-century African-American and U.S. history, which focus on how segregation was a national pattern and not just confined to the South,” Naison said. “The albums also document how African Americans worked within that framework to create dynamic and vital institutions and families.”

The photos depict middle-class African-American life in the Midwest, from the 1930s to the 1990s. Both brothers were born in Kentucky in the 1920s, and grew up in Indianapolis, Indiana. They went to African-American Camp Chank-Tun-Un-Gi (known as a Negro “firecrafter,” or Boy Scout, camp). They attended Cripus Attucks High School in the 1930s. 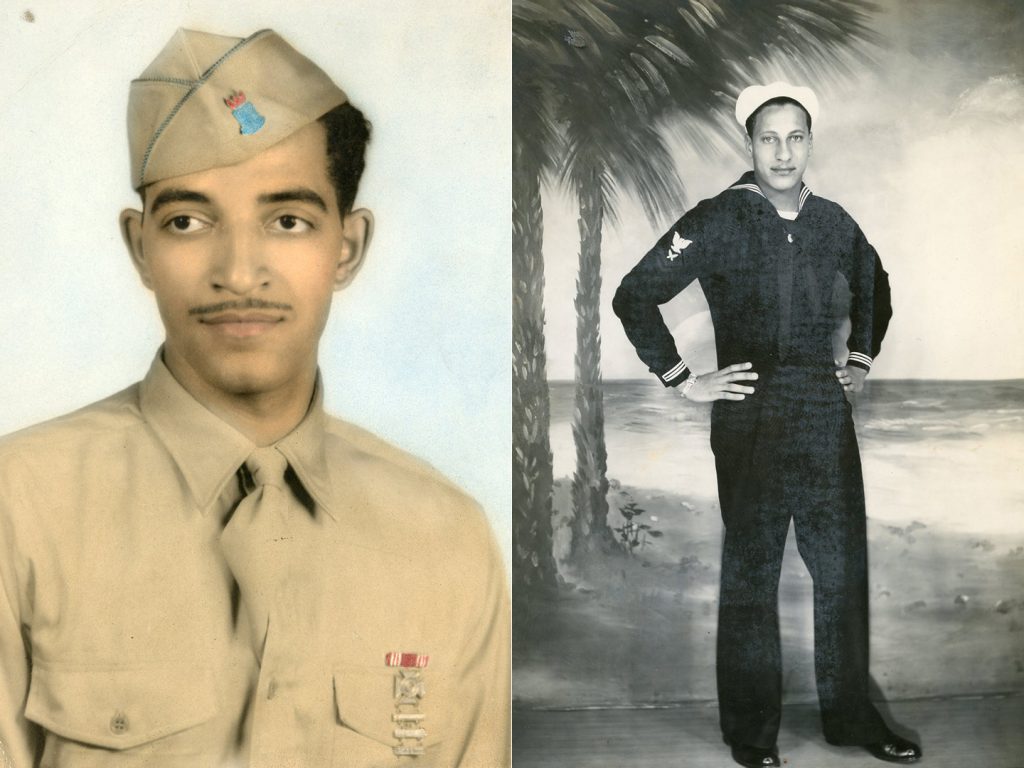 Tony in the Army (left), and Leroy in the Navy.

Tony went on to attend Tennessee A&I State College (now Tennessee State University) before being called to serve in the Army in 1942 at Fort Benjamin Harrison in Indiana. He served as a line foreman in Louisiana until he was placed at Tuskegee Army Airfield as an engineer. He was an amateur photographer and used his skills in service. Some photos suggest that he may have also served in the Marine Corps and was a member of the Prince Hall Lodge.

Tony had a photography studio starting in the 1950s. Most of his photos are of African-American friends, and a few are self-portraits. 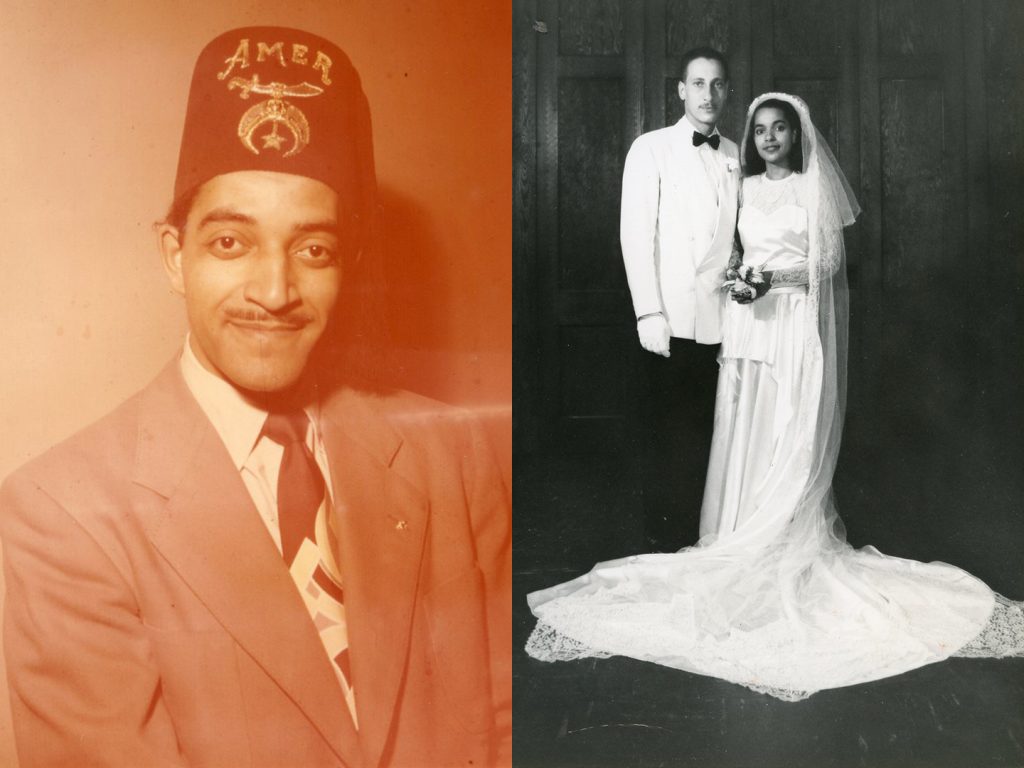 Leroy served in the Navy during World War II. His photos depict units already integrated with black and white sailors. Once back home, he played basketball on an integrated basketball team at Indiana University.

“Sports experiences were probably the most important vehicles to cross the color line in the 1940s and 50s,” said Naison.

Leroy’s family photos end in 1967 with black and white snapshots. Tony’s photos follow the trajectory of his life into the full color photography of the mid-1980s. Even so, one can only speculate as to whether Tony lived longer, said Patrice Kane, director of archives and special collections.

“Like a Hollywood movie, these are two brothers that are polar opposites,” said Kane, who is attempting to find out the brothers’ years of birth and death.

Of the two, Tony seems to have been the more artistic, and not just with his photography. At the end of his album is a poem typed out on a manual typewriter. It is titled simply “Mantra” and is signed “TA.”

“God bless us all with wisdom true
God’s gift of love between us.
May we be treasured, me and you,
By those who’ve heard and seen us.

Now worlds and old at our command;
Great wonders here to relish.
May we apply a noble hand,
To nurture and embellish.

The mighty forces God designed
His sons have dared to borrow;
And, by our works, we stand assigned
To forge a fair tomorrow.

No great wealth can we attain
Than that of hope and reason.
Let us now pledge that peace shall reign
At this most solemn season.”